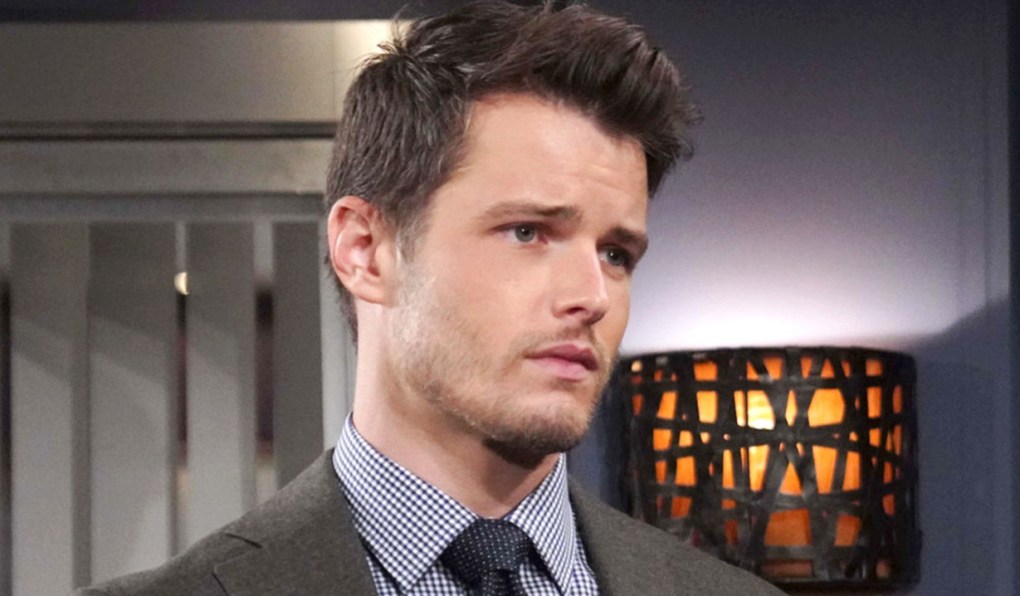 In Soaps.com’s latest Young & Restless spoilers for Monday, January 16, through Friday, January 20, Kyle gets busted, Jack and Diane get grilled, Victor gets proactive, and Jill gets handed a job that may just be impossible to accomplish: smoothing things over between Devon and Lily. Read on, and we’ll get into the nitty-gritty of these teasers and more!

Y&R Restless Rant! Hot topics: Victor’s about to do the unthinkable, plus, Chance’s outburst, Tucker’s downfall, Jack’s stupidity, Devon’s big move, and Sally’s secret is about to be exposed!

In Monday’s recap, Billy and Adam fight in Society, and Jack returns from Chicago. 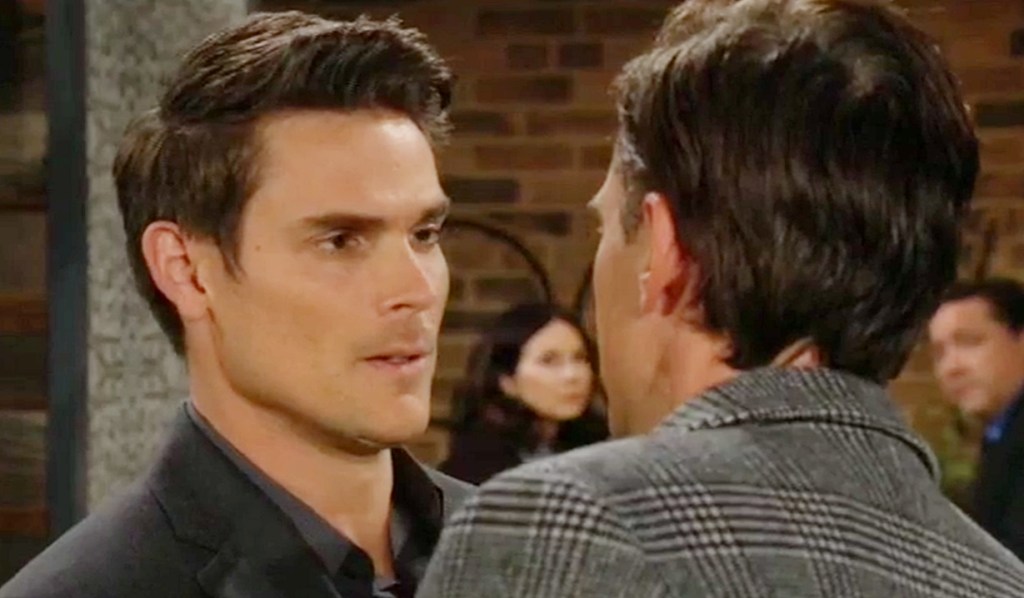 Hope he’s got a lotta Scotch tape. Victor works to repair his and Adam’s relationship, which at this point has been demolished more times than The Mustache has been married.

Is it the beginning of the end for “Skyle”? When Summer discovers Kyle’s scheming, there’s no way it’s going to go over well.

Casting news! Michael and Lauren are about to get the surprise of their lives during a very special episode. 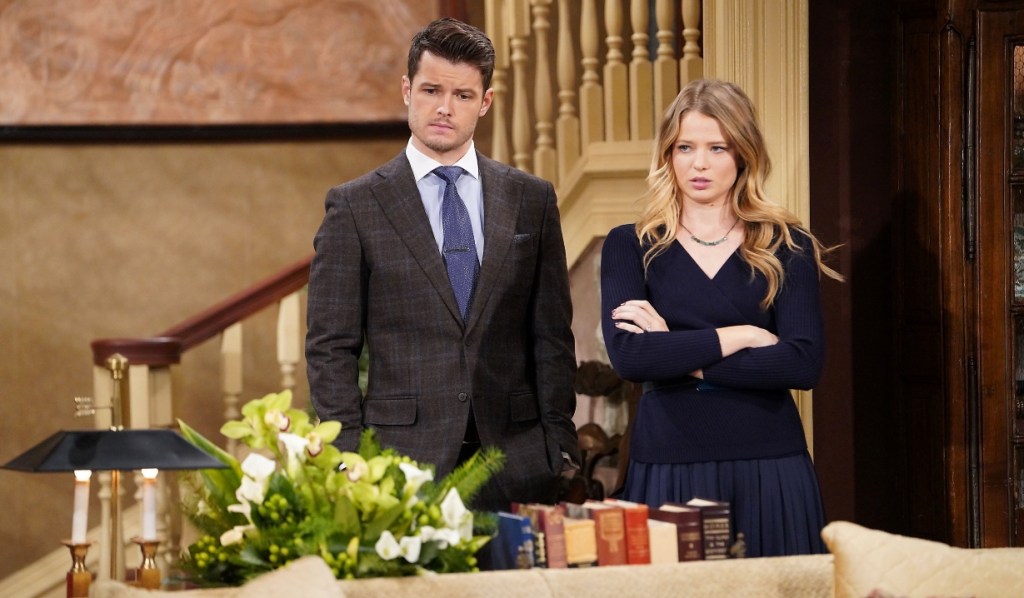 His days as a lying rat bastard long behind him, Jack generally tries to be upfront and honest. So it may almost be a relief to him when he is forced to come clean.

When Daniel and Summer share a difference of opinion, it can only be over one thing… or should we say one person: mom Phyllis!

Michelle Stafford reveals the real-life lookalike who is the “most amazing in the land.”

Closer and closer, they just keep getting. Now Sharon helps Chance with some soul-searching. If he looks deeply enough into his heart, will he discover feelings for his new pal that are more than friendly? 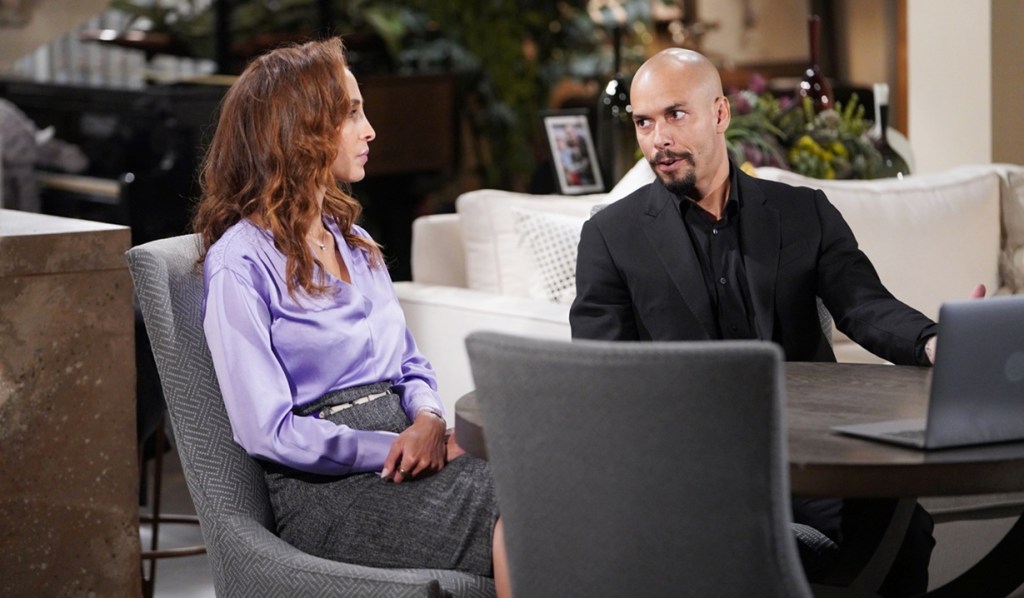 This oughta be fun: Phyllis calls Tucker’s bluff. Why do we keep thinking that these two would make a great couple. Neither of them can help but land in trouble with every other step!

Jill does damage control with Lily and Devon. But is the mover and shaker fighting a losing battle?

Jack and Diane take a big risk. Honestly, at this point, what’s one more, right? The question is, will the gamble pay off in the way that they are hoping — in other words, paving the way for Jeremy Stark to be out of their lives forever!

As When Calls the Heart’s Season 10 premiere draws ever nearer, one of its stars serves up adorably “cheeky” gratitude.

In Thursday’s recap, Lily and Jill refuse to sell Devon’s company back, Mariah and Tessa share big news, and Victoria gets candid with Chelsea. 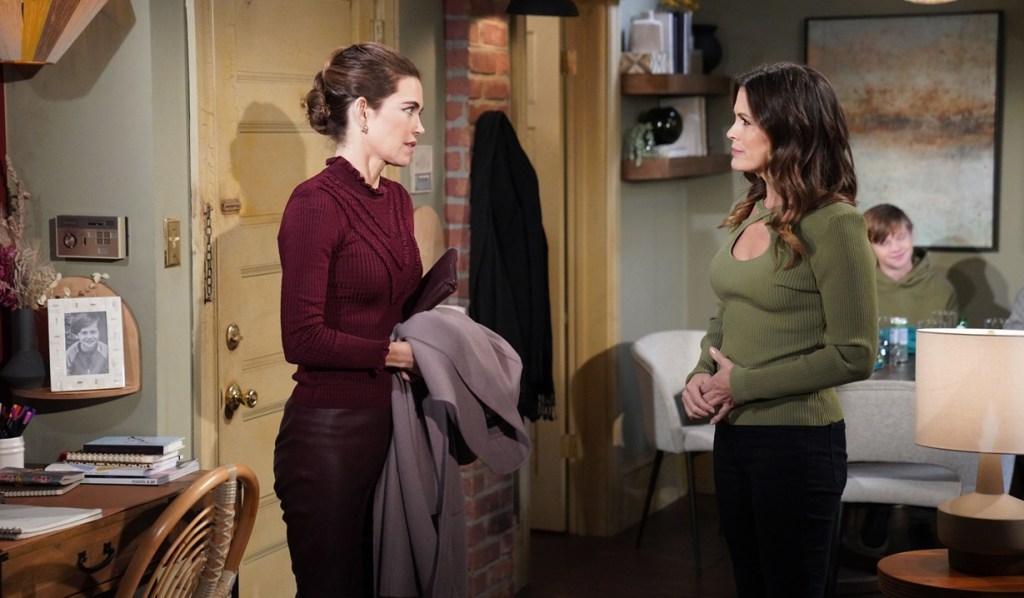 Big Bungle! A fatal flaw in Jack’s plan leaves Diane’s fate in the hands of her enemies!

Is hell freezing over? Must be if Victoria and Chelsea manage to reach an understanding.

Sounds like it’s going to be the “Maybe we can still be friends” talk when Billy and Lily clear the air.

Dun-dun-dunnn. Mariah and Tessa return home with unexpected news. The adoption couldn’t be falling through… could it?

Our thoughts and prayers are with McKenzie Westmore, as the soap alum reveals her latest cancer diagnosis: “The journey begins.”

Victor encourages Kyle to behave responsibly and honorably, because more than success, those are the things that really matter. Just kidding. The Black Knight urges Jack’s son to play dirty.

Eric Braeden has “never known anyone more honest” than this General Hospital actor.

Sally struggles with the truth — and perhaps also with a chance to show us how she’s grown. C’mon, Sally, prove to us that you’re not the same scamp who pretended she was dying in hopes of holding onto a boyfriend!

One little meeting could be a very big deal for Lauren, as a newcomer is about to turn up in Genoa City.

Nikki interrogates Jack and Diane. Which roughly translates to “holds their feet to the fire,” ’cause you know Mrs. Newman has zero patience for the reformed schemer and her one-man support system.

Check out Law & Order‘s most criminally successful pairings — plus, look through a photo gallery where you’ll meet over 30 of the cast’s real-life partners!

Climb the branches of the sprawling Baldwin-Fisher family tree in our brand-new photo gallery below. 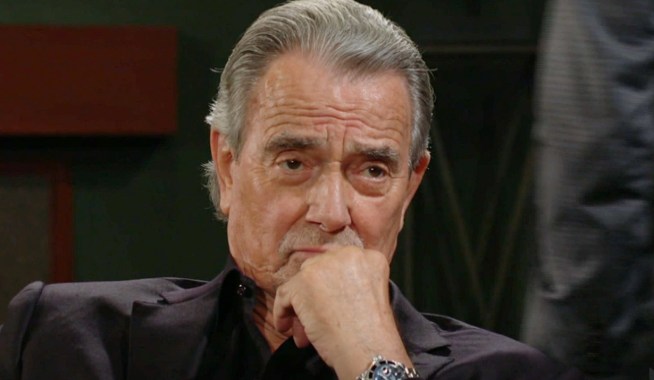 The Young and the Restless Spoilers January 9 - 13

The Young and the Restless Spoilers January 23 - 27 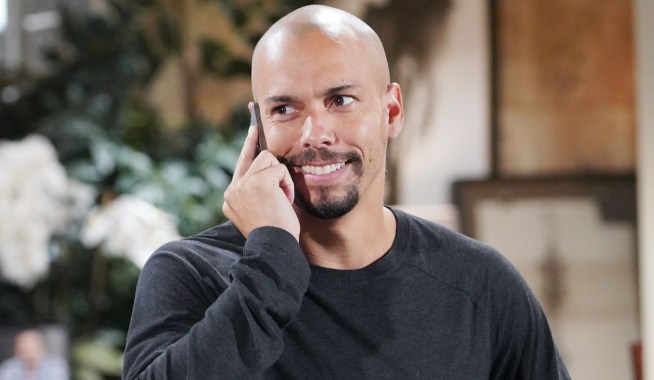