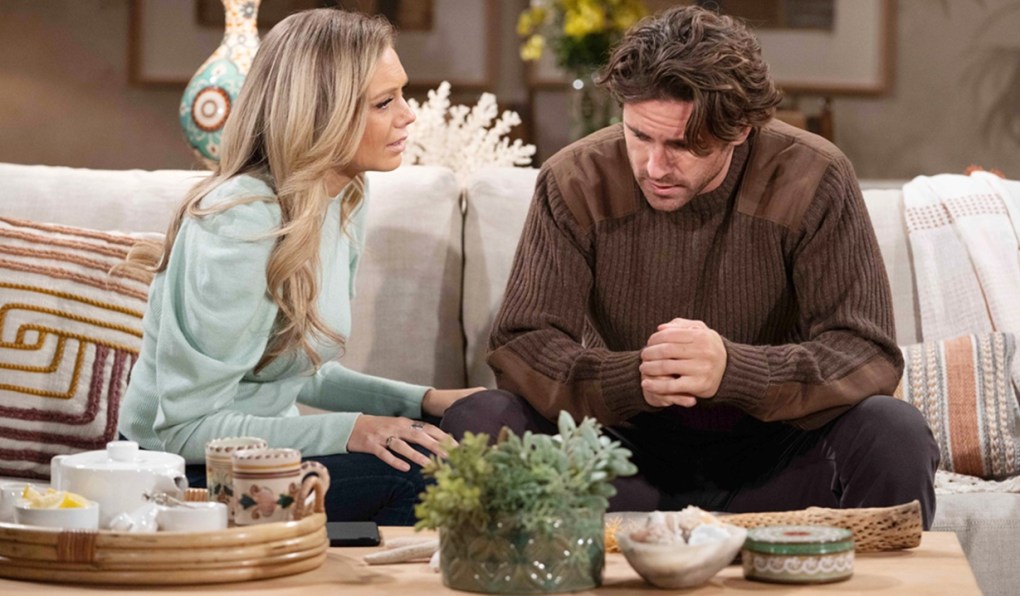 Break out the funny hats and noisemakers! In Soaps.com’s latest Young & Restless spoilers for Monday, January 3, through Friday, January 4, things come to a head between Billy and Adam, what Devon has to say just might shock Abby, and trouble could be headed straight for Ashland and Victoria!

Restless Rant: Young & Restless needs to read the room and have everyone stop being so damn nice in 2022! Jump in to find out Candace’s other wishes for the show in the new year!

There’s a reason they say you shouldn’t mix business and pleasure. Inevitably, things get complicated… which is exactly what’s bound to happen when Chelsea finds Adam and Sally in the kind of position best described as “compromising.” But hey, they’re all adults This doesn’t have to be a big deal, right? (Yeah, as if!)

The ringing in of a new year always causes people to reflect on the one just passed. When Sharon and Rey take a moment to look back, what conclusions might they come to about their future?

Things haven’t been quite right with Chance since he returned both from the dead and to Genoa City. Abby’s done her best to pretend that everything’s hunky-dory, but she’ll at last find out what’s really going on when her hubby decides it’s time to come clean. 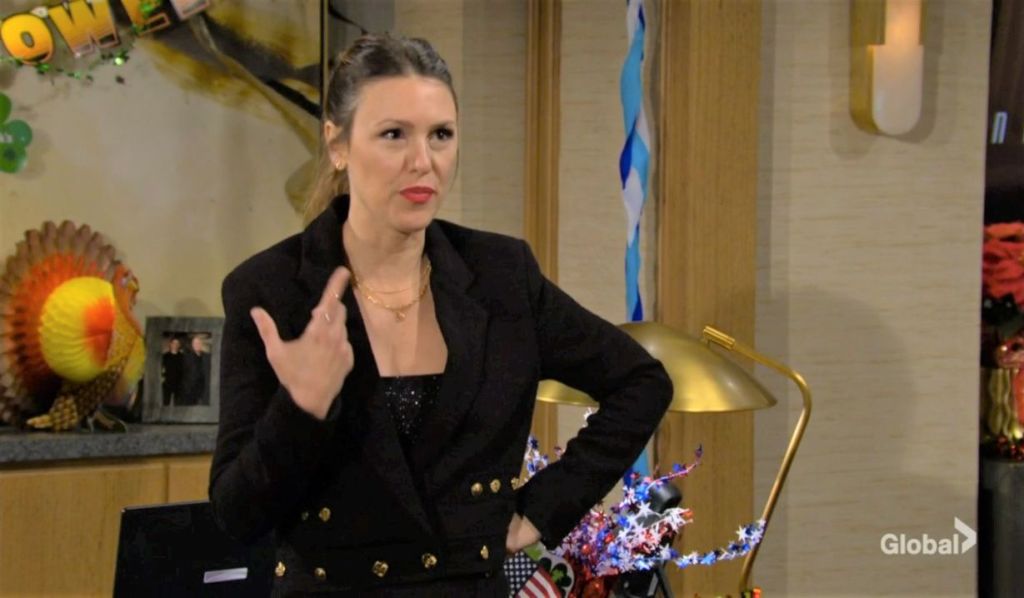 Lily and Victoria are both strong women with opinions they’re not afraid to voice. When they wind up on opposing sides, will they figure out a way to get back on the same page? And are we crazy to assume that Billy is at the heart of whatever has them taking sides?

Remember how just yesterday we were saying that things didn’t have to get weird between Chelsea and Sally just because of Adam? Well, strike that, because today, Chelsea’s all about setting a trap for the redhead.

Meanwhile, Adam — you know, the guy who seems to cause trouble without even trying — is on the receiving end of a warning from Chloe.

Bryton James reflects on the role that changed his life — and the job that nearly kept him from becoming Devon. 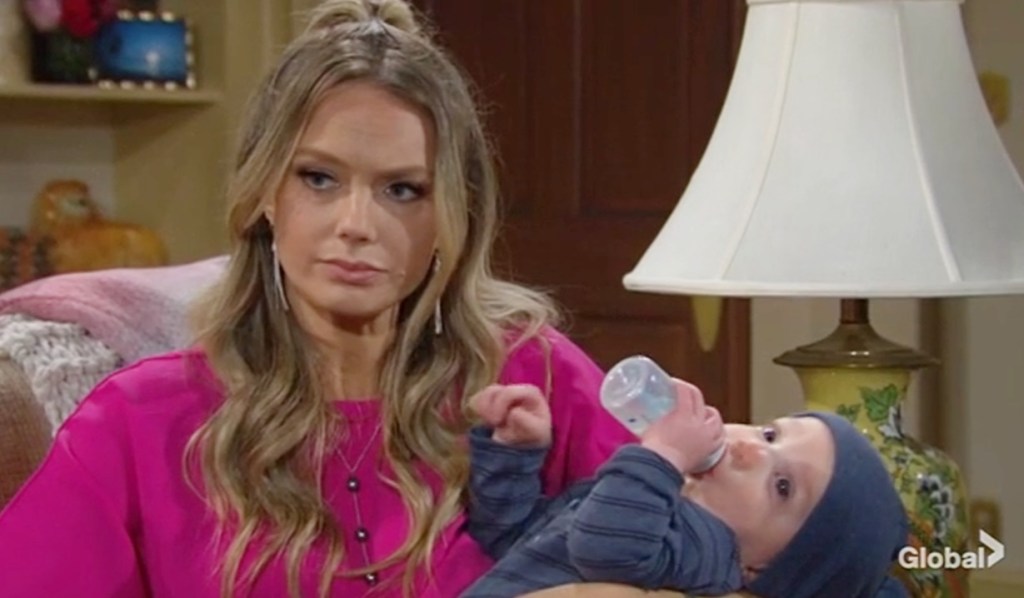 In Wednesday’s recap, Nick takes Noah off guard, Chance entertains an exciting idea, and Abby delivers a blow to Devon.

Fresh off her talk with Chance, Abby has a sit-down with Devon, who is completely caught off guard by what she has to say. Could it be that the already complex Dominic situation is about to get even more so? (Want to know what fans have to say about Devon’s latest actions? Buckle up and read their thoughts here.)

Having felt a bit lost of late himself, Nick encourages son Noah to explore a new opportunity that has presented itself. Meanwhile, we can’t help wondering if perhaps Nick might take his own advice by pursuing something that, while not exactly new, is certainly close to his heart: a reunion with Sharon!

When Chance finds himself in need of assistance, he hopes that Rey will be able to provide it. 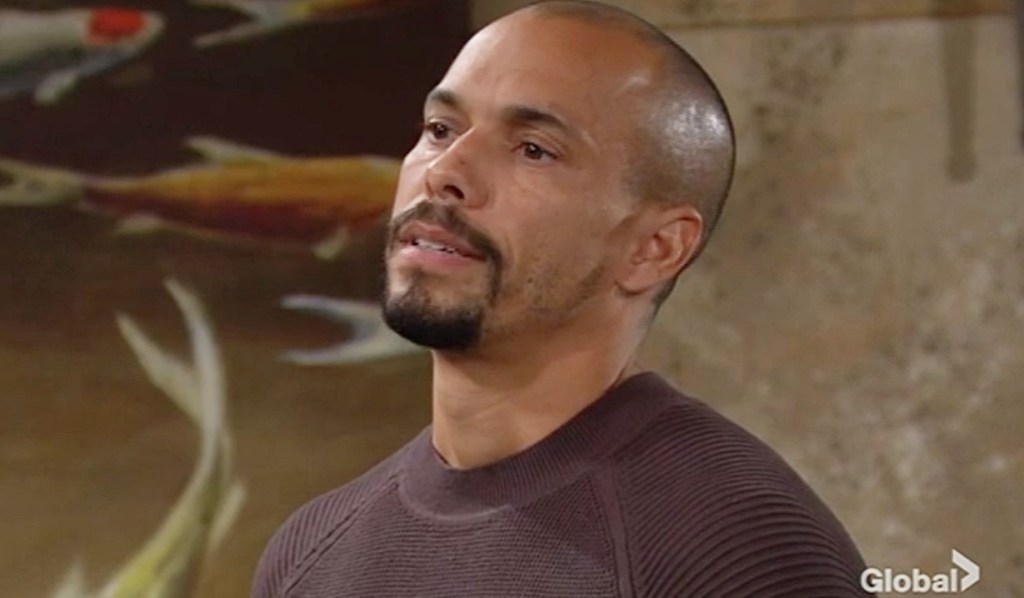 Ashland and Victoria haven’t been married all that long, but there may already be cracks appearing in their foundation. For example, it seems unlikely that Victoria will be particularly overjoyed when Ashland questions his wife’s motives. (Given that he has a very big secret about to come out, Ashland might want to consider proceeding with caution… )

Speaking of Billy, it looks as if he’s about to get exactly what he’s wanted ever since that whole Gaines incident as he manages to turn the tables on Adam. Something tells us that this won’t be the end of the war between them, but only the beginning.

Devon’s taking a stand, and he’s not about to budge. How far is he willing to push the people around him to achieve his goal?

DVR alert: Hallmark’s When Calls the Heart premiere date has been revealed — plus, a get look at the romance ahead for season 9!

Yet another missed opportunity?! Y&R’s latest infuriating plot twist has us questioning if a mess may actually be a step in the right direction.

Traci has long been the heart, soul and moral compass of the Abbott family. Of course, that doesn’t necessarily mean that anyone listens to the sound advice she offers! When she tries steering Billy in the right direction, will he take her words to heart or, like he’s done so often before, simply brush them aside?

Amanda’s been a good friend to Phyllis. When the legal eagle does what she does best — offer a bit of counseling — will it help Phyllis figure out what her next move should be?

Nate and Elena have only just moved in together, but they already might be heading for a potential stumbling block. When they must deal with a conflict of interest, will they figure out a way to do it as a united front? 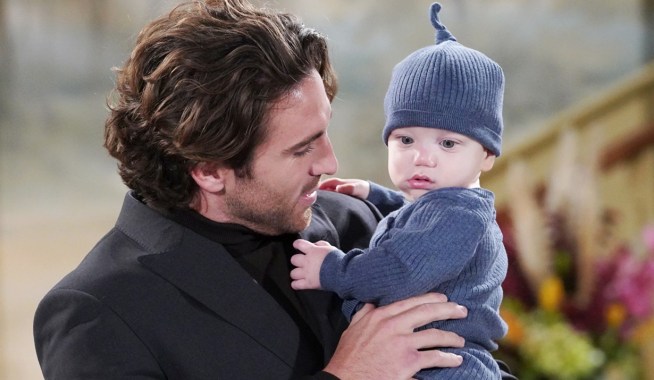 The Young and the Restless Spoilers December 27 - 31

The Young and the Restless Spoilers January 10 - 14 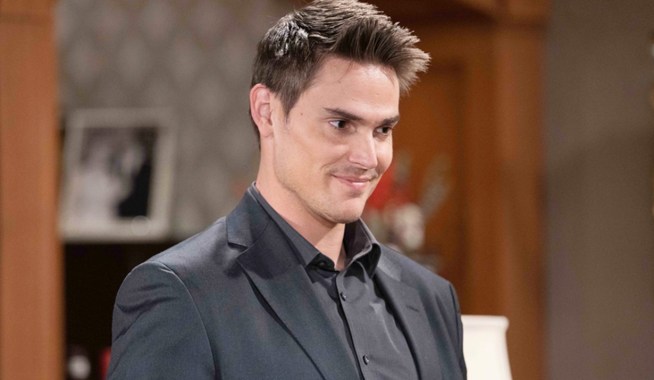