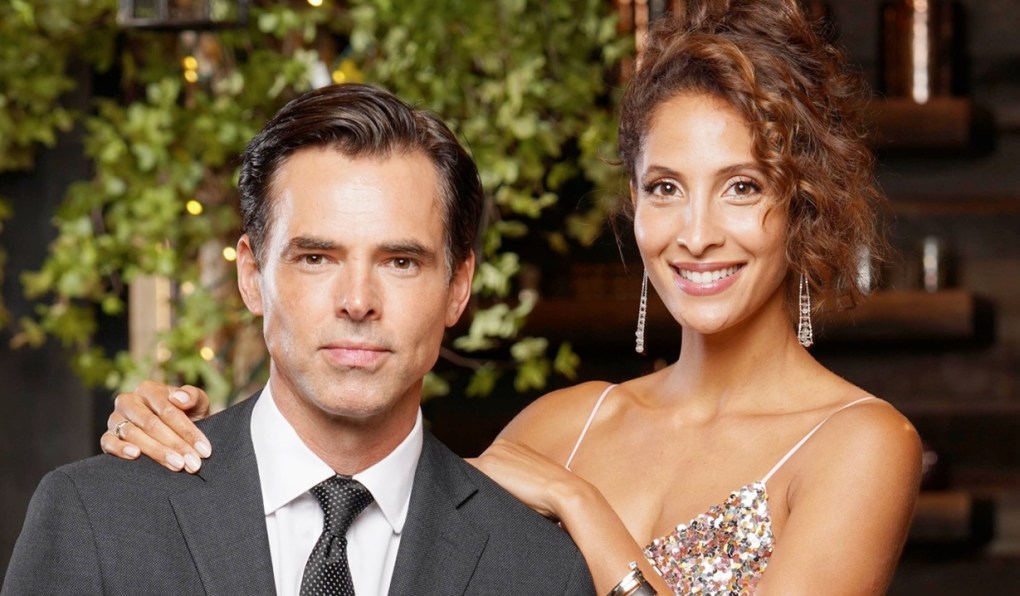 In Soaps.com’s latest Young & Restless spoilers for Monday, October 11, through Friday, October 15, there’s a whole lotta trouble in the air as the Newmans welcome family and friends (and newlyweds Summer and Kyle!) to their Tuscan palazzo for the wedding of the century. Buckle up, because even as Billy steps up his plot to stop the nuptials, more shocking news comes to light! Read on to find out what Sally and Adam get up to and much more…

Y&R Restless Rant! Hop topics: Billy’s plot to protect Victoria is about to blow up in his face! Plus, fans fed up with Mariah, the Summer and Kyle shocker, *that* kiss, and more. 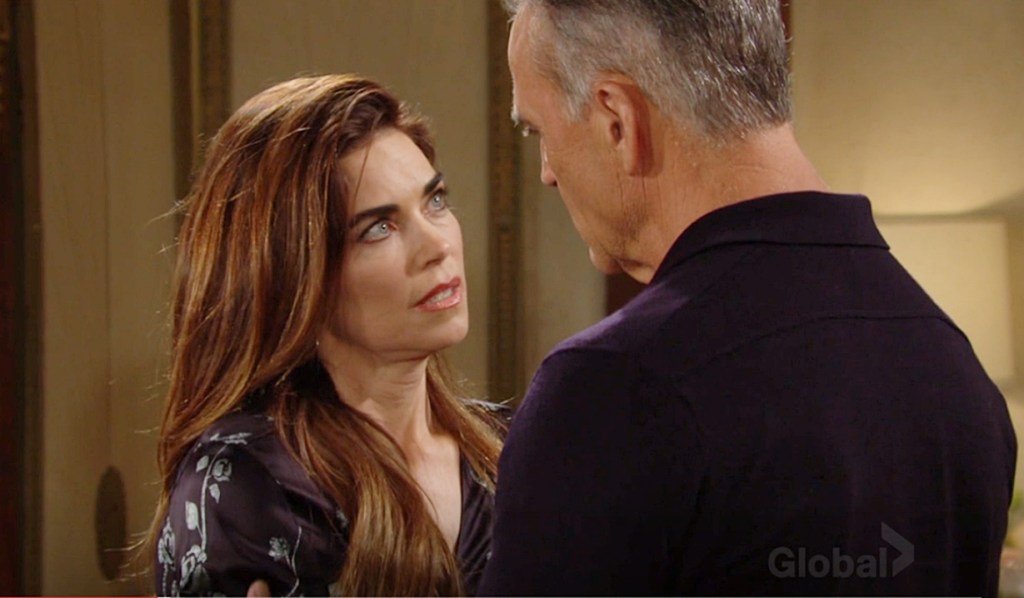 In Monday’s recap, Billy lands in a confrontation with Ashland in Italy and gets a warning from Victor. Plus, Nate struggles, and Nick attempts a reconciliation with Victoria!

Drama alert! Seven things to watch for in the lead up to Ashland and Victoria’s wedding on Young & Restless.

When Victor helps Ashland protect his reputation, we can only assume that he runs interference where Billy Boy Abbott is concerned. Will The Mustache get the best of his much-loathed former son-in-law, who is determined to derail the wedding, or will Locke’s past be further exposed?

Nikki, Victor and even Phyllis have lobbied for the Newman siblings to repair their rift. But will Nick be successful when he tries to amends with Victoria ahead of her wedding? Or will his stubborn sis refuse to extend forgiveness, given that she told her father Nick would have to “earn” it?

Billy brings a surprise guest to Tuscany, who can only be the smarmy and vengeful Jessie Gaines Jr. Is it even believable that this pair gave wily Adam Newman the slip?

Fan fave reveals how he’s ‘stepped it up’ — to impressive effect! 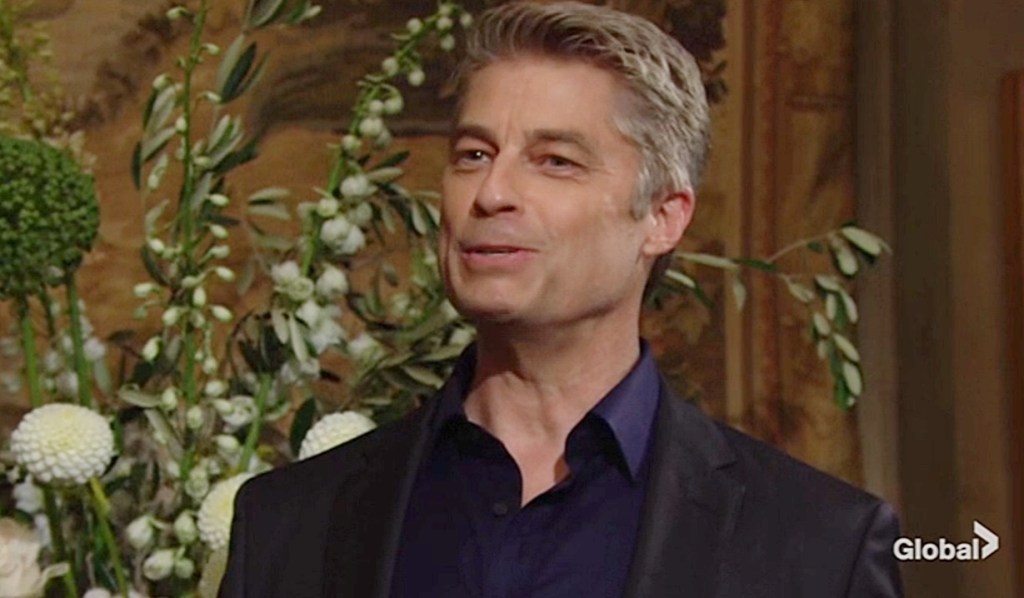 Terrifying! How Young & Restless’ Mishael Morgan overcame a tragic accident to land her soap role — and how she’s living her dream in an unexpected way!

It’s cause for celebration when newlyweds Summer and Kyle arrive in Tuscany. Will the romance between their kids keep Jack and Phyllis in close proximity? More importantly, will we get to see an adorable reunion between Ashland and that cutie patootie Harrison?

Flash back and relive the entire “Skyle” love story with a photo gallery of their most memorable moments.

When Nick and Phyllis consider a change of plans, we fear it’s because he’s still not allowed to attend sister Victoria’s latest nuptials. Will they pack it in and go home, or will a heartbroken Nick make his own way back to Genoa City and leave his girlfriend behind to spend time with Summer… and Jack?

Victor and Nikki reconnect with someone from their past, who can only be the beautiful and talented Leslie Brooks. She’s scheduled to perform at Victoria and Ashland’s nuptials, and we have to wonder if she’ll also cross paths with Jack and give him an update on their mutual kin, the much-missed Theo. 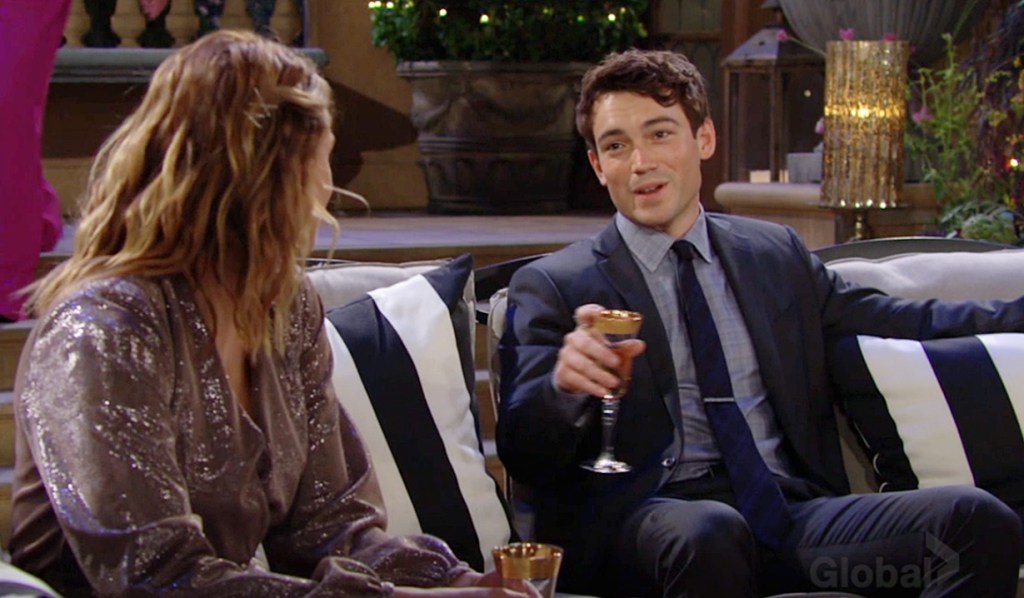 As Billy and Lily defend their actions to Victoria, we have to wonder how badly they messed up. Will Billy’s plan to protect his ex actually backfire big time by exposing the scandal she was so hellbent on keeping contained in order to safeguard Newman-Locke?

Though Adam warned Sally that they weren’t dating, and weren’t even starting so much as a beautiful friendship, the duo team up to make a bold move. Will it result in Victoria finally seeing the epic wedding gown that the redhead designed? And will there even be a walk down the aisle to garner the publicity Sally and Chloe were so desperately hoping would vault their start-up into the stratosphere?

When Jack takes the high road, we have to wonder what kind of conversation or confrontation he’s managed to get himself into. It will be intriguing to find out, and in the meantime, we give him kudos for not making a scene at the wedding. We’re certain his brother Billy will cause enough disruption all on his own. 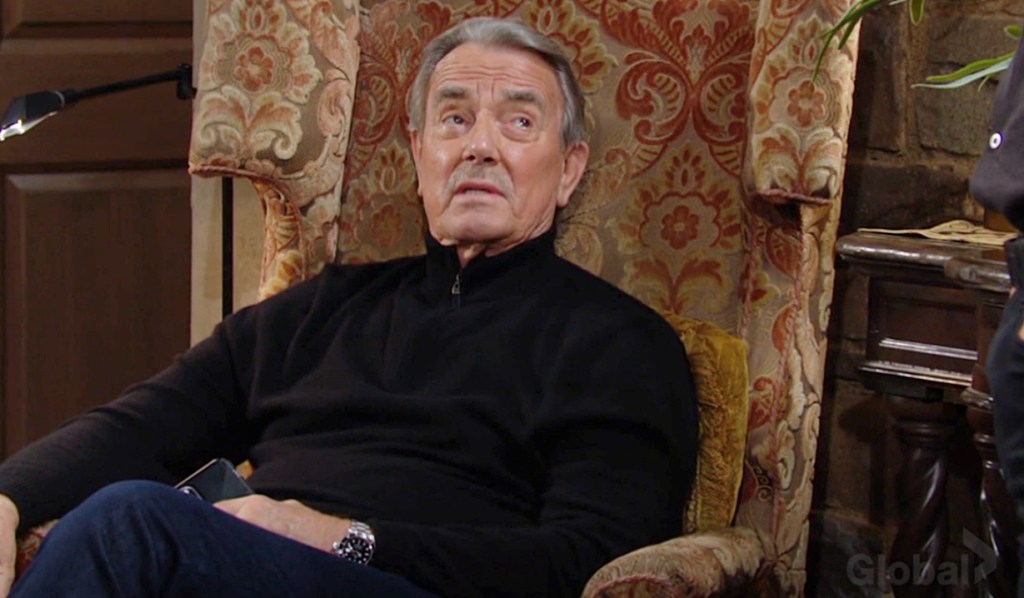 In Thursday’s recap, Sall pulls a switcheroo and meets Noah, Victoria gets a shock, and, as the wedding begins, Nick finds Gaines lurking in the palazzo!

We can’t take much more of this “Will they or won’t they?” suspense! Just as the nuptials begin, and Victor prepares to walk Victoria down the aisle, Nikki makes a shocking discovery. Will this umpteenth reveal be the straw that breaks the camel’s back — or the groom’s back, in this case?

Hunter King (Summer) reveals the unlikely critic who makes her ‘paws’ before settling on a hairdo!

We can’t even imagine what else could happen to keep these two apart, but nonetheless, trouble looms as family and friends gather to celebrate the nuptials of Victoria and Ashland. Will the power couple merge both personally and professionally, or will the big Italian wedding go down in history as a big Italian fiasco instead?! No matter what happens, at least we’ll always have their romance to remember — in photos, even! 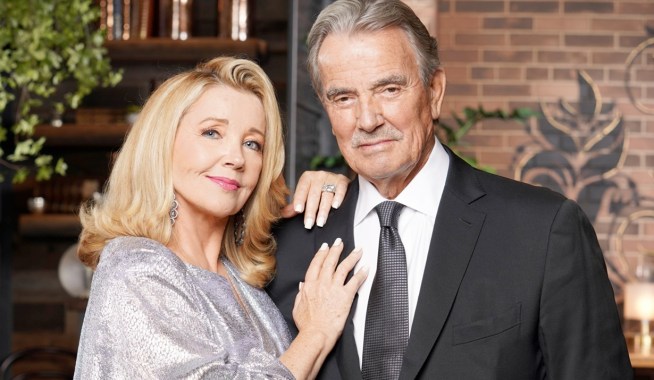 The Young and the Restless Spoilers October 4 - 8

The Young and the Restless Spoilers October 18 - 22 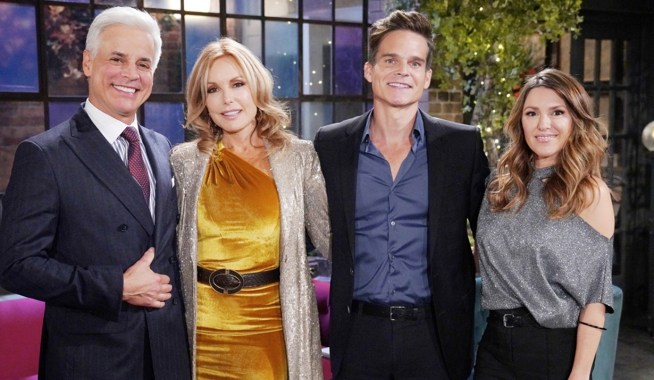