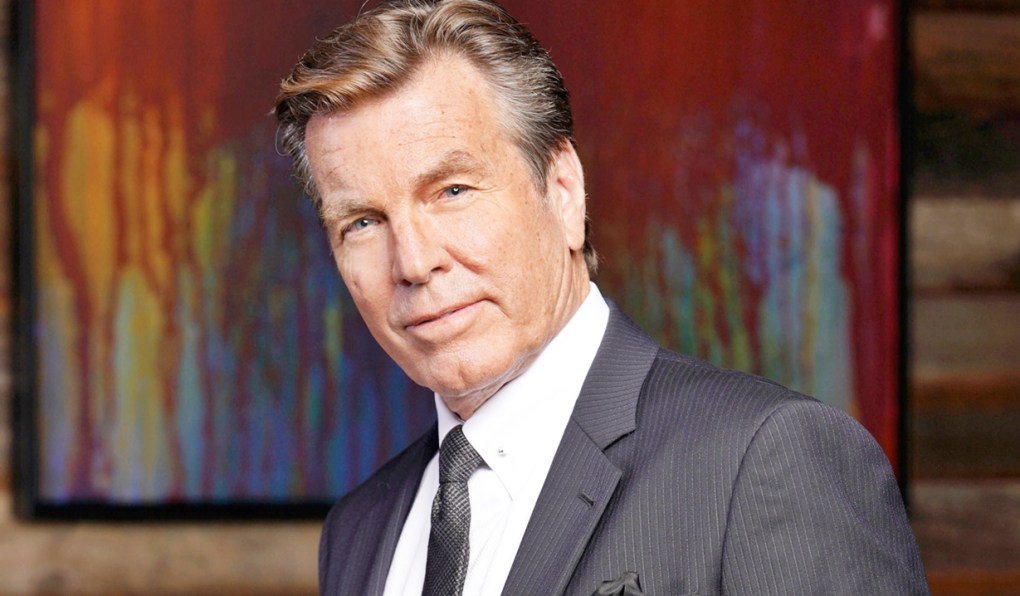 In Soaps.com’s latest Young & Restless spoilers for Monday, September 13, through Friday, September 17, Jack finds himself in an awkward situation with Red, Adam stares down the barrel of an ultimatum from one of the women in his life, and Ashland is forced into a confession. Keep reading to hear about the concerning changes afoot at the Chancellor Estate and to read more tantalizing teasers… 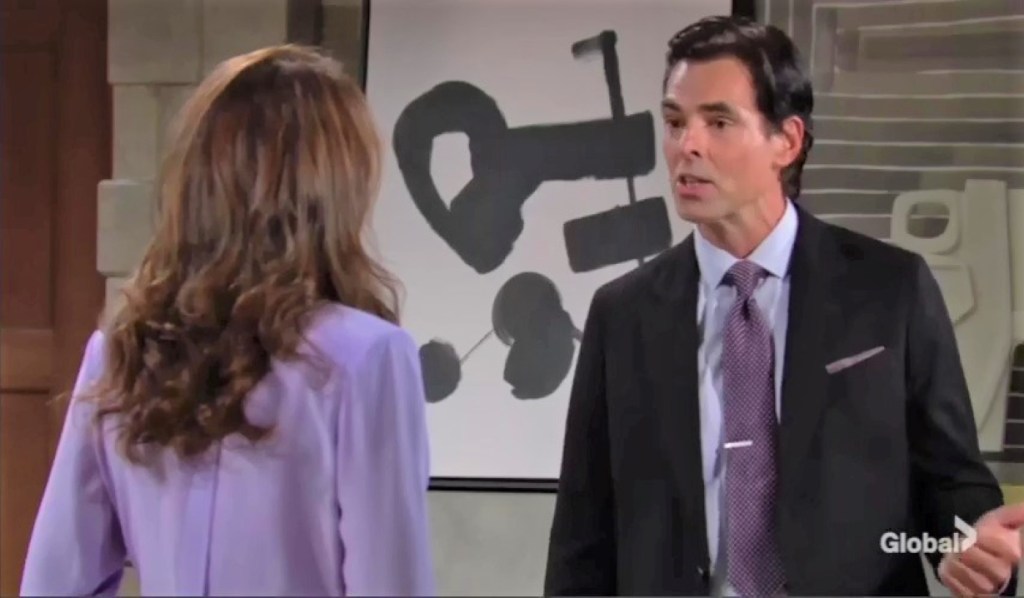 In Friday’s recap, Ashland receives a disturbing message, Billy discovers unsettling information about Locke’s past, and Sally irks Adam during a visit from Sharon.

When Nikki receives mixed messages from Victoria, it must be about the planning they’re doing for the great, big Italian nuptials. With all of the undercurrents surrounding the betrothed, we have to wonder: Will Victoria’s grand wedding go off with a hitch? And if so, will it be Ashland and Victoria… or two of their guests who tie the knot?!

It seems to us that Sharon already asked this once, so we have to wonder: What is her motive — and will she get a different response this time around — when she questions Adam about his future with Chelsea?

Ashland receives an unwelcome message, which could indicate that someone (OK, most likely Billy) who had been digging around in his past has finally hit pay dirt!

Young & Restless casts soap vet as mystery man who just might be the key to exposing Ashland!

Y&R Restless Rant! Hot topics: Ashland’s secret could be a deal-breaker, agony at Abby’s, second-hand embarrassment for Jack, and half of Shick’s conversation made no sense!

Ina preview for this week’s episodes of Young & Restless, Ashland warns Billy not to make an enemy of him! 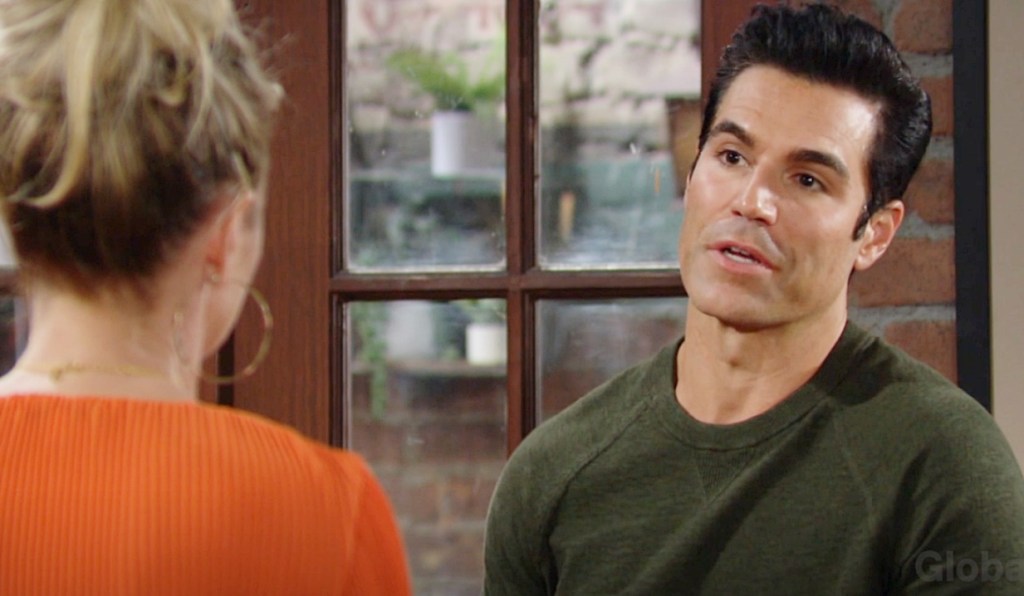 In Monday’s recap, a fuming Victoria puts Billy on notice, but Ashland reveals her ex isn’t wrong—there’s something she needs to know! Also, Jack apologizes and Sally fishes for info on Sharon and Adam.

It looks like the proverbial walls may be closing in on Ashland, as he finds himself on the wrong end of an interrogation by Victor, which is never a pleasant place to be. Will Locke, whose middle name must be Teflon, be able to slide out of the hot seat once again?

Chelsea made it clear in a recent video chat that she was no fan of Sally’s, so when she gives Adam an ultimatum, will it involve ousting the redhead from Newman Media? If so, will Adam shock his ex by siding with his hot new designer… who also just happens to be his frequent date? Perhaps we’ll soon have to add Chelsea and Sally to our photo gallery of Young & Restless‘ all-time biggest rivals.

After a declaration that may have been inappropriate, given that she’s with Nick (but very appropriate for pot-stirring on a soap), Jack backpedals with Phyllis. That said, his words cannot be unheard, so will things be different between the close friends and exes as they attempt to move forward? 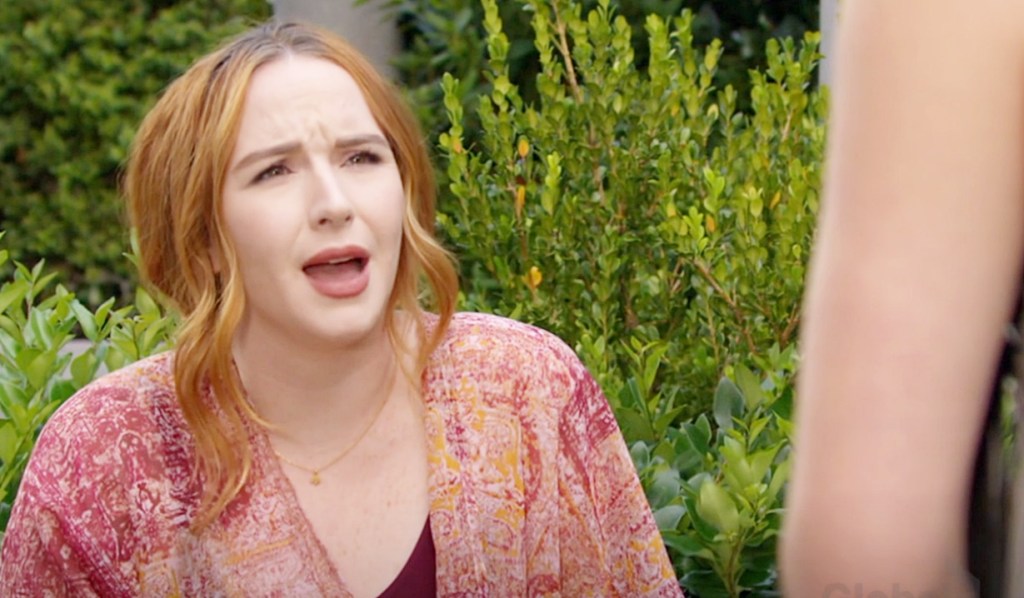 In Tuesday’s recap, Ashland confesses his secret past to Victoria, Jack flashes back to a proposal and Mariah accuses Tessa of a betrayal!

Nikki is planning a grand wedding for her daughter, Victoria, and is likely to meet all obstacles to said nuptials head on. For this reason, it’s no surprise to learn that she’ll call Billy’s bluff. Presuming he’s claiming to have information on the intended groom, Ashland Locke, will Billy cough it up when confronted by his former mother-in-law?

When Abby shares news with Devon and Mariah, it’s bound to be another bulletin on the ever-elusive Chance. Will we finally get some good news… or will it be more of the same frustration? While you ponder, consider our picks to play Abby’s MIA husband.

Something big must be afoot — undoubtedly involving Ashland and his mysterious past — when Victor and Nick swing into action and work together to protect Victoria. 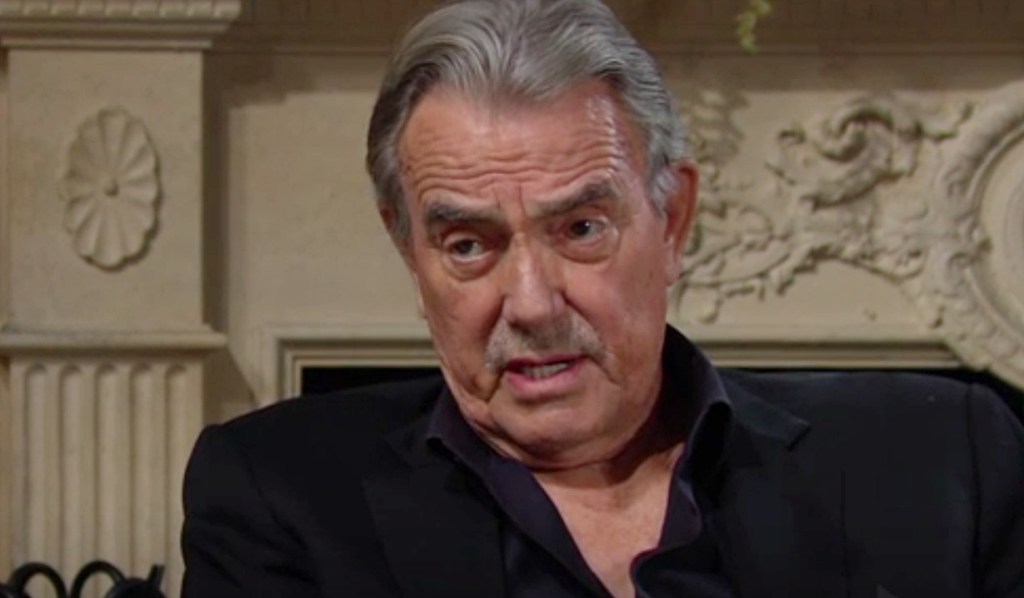 In Wednesday’s recap, a spectacular yelling match at the ranch leads to Ashland showing up at Chance Comm to confront Billy… where Lily’s just made an accusation of her own!

At long last, Ashland comes clean with the Newmans. But will they get the whole story… or just enough to get him out of his current jam and keep his wedding to Victoria from slipping through his fingers?

When Lily does her darnedest to reason with Billy, we can only say, “Best of luck to you!” After all, he’s like a dog with a bone when he’s onto something… and we suspect he’s uncovered dirt on Ashland Locke. The question is, should he reveal it to Victoria, and what will Lily’s take on the matter be?

Courtney Hope sends an ultra-romantic birthday message to General Hospital’s Chad Duell: ‘I love who you are and who you’ve become’. 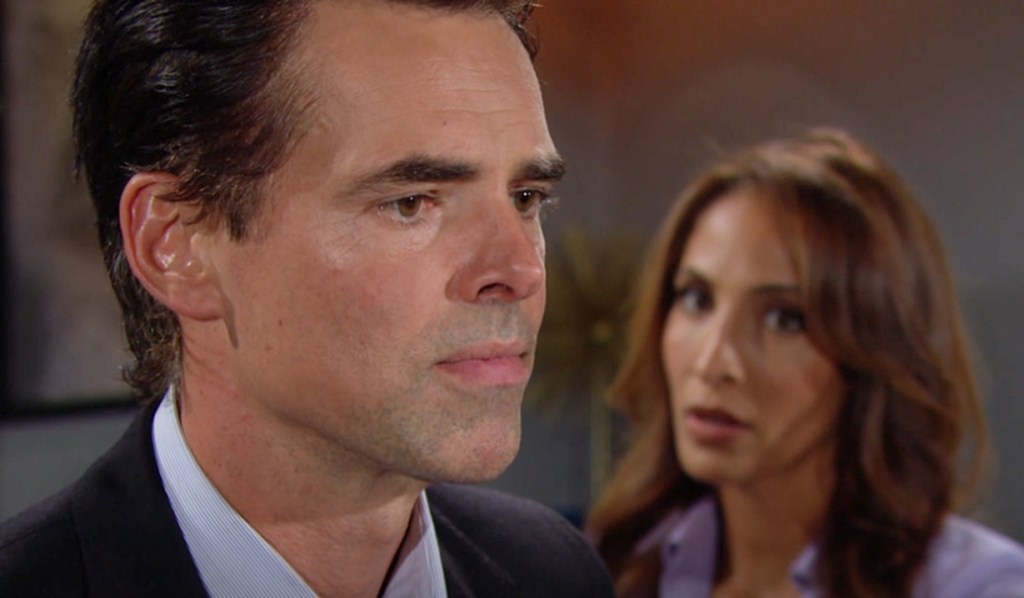 In Thursday’s recap, Ashland’s temper begins to boil, and Sharon’s help backfires when Connor does a runner!

It’s the moment of truth when Victor weighs in on Ashland’s confession. Will The Mustache accept it at face value and continue to endorse Victoria’s plans to merge with the mogul both personally and professionally, or pull his support in a blow that could lead to heartbreak for his daughter?

When we say that “Shadam” can’t stay away from each other, it’s no joke! Their latest reason to interact involves Sharon helping Adam with Connor. Anyone want to make a bet on who will be the first to get jealous?

Family of beloved Young & Restless alum asks for prayers as he faces yet another heart surgery.

Mariah makes a heartbreaking decision, which can only be to part ways with her beloved “Bowie.” Will she realize that cutting the apron strings to Abby’s baby is the only way to move forward after forming such an intense attachment to the baby she protected with her life?

When Amanda surprises Devon, the possibilities run the gamut from cooking him a romantic dinner to informing him that she’s expecting his child. Chances are the true unexpected reveal will fall somewhere in between. Regardless, we can’t wait to find out!

What’s going on at the Chancellor Estate? Will Abby be left all alone to rattle around in the manse with only Dominic and his teddy bear for company? Something is off, and that “something” gives Victor and Ashley good reason to worry about their daughter. Troubles aside, we love us some Victor and Ashley scenes!

R. Kelly’s Kids: Everything To Know About His 3 Children & Their Relationship With Their Dad