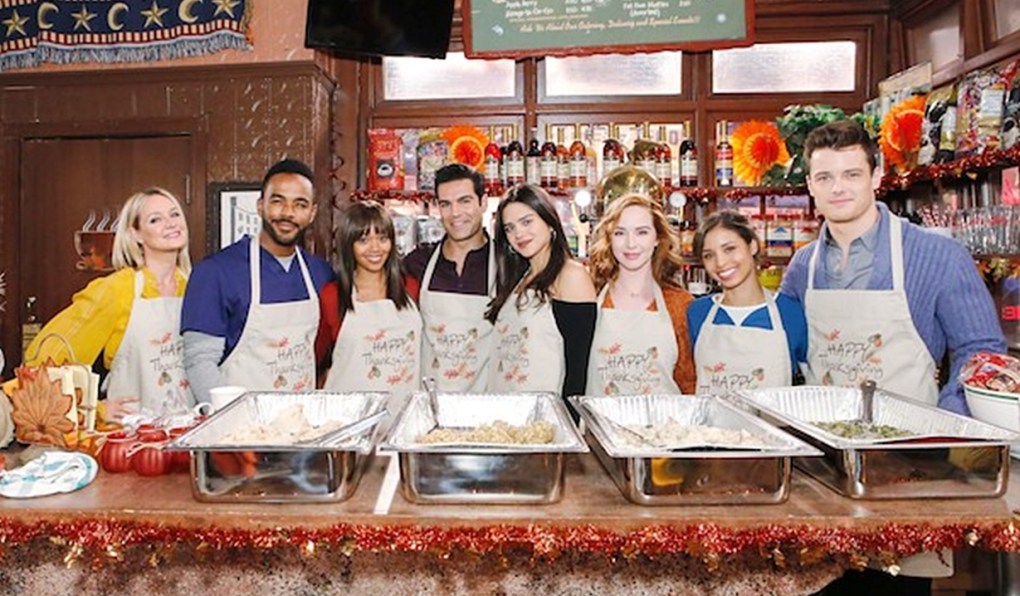 Young and Restless spoilers for the week of November 25:

In the latest Deconstructing Y&R, Candace laments fizzled storylines and is resigned to the inevitable, but she did find a highlight in old flames interacting.

In this week’s Soaps Spoiler Digest, conniving, kisses & confessions, we have new spoilers for all four soaps including Bold and the Beautiful, Days of our Lives, General Hospital and Young and the Restless.

This week’s Y&R spoiler video has Jack reminiscing about his past with his family, Victor, Nikki and Phyllis. 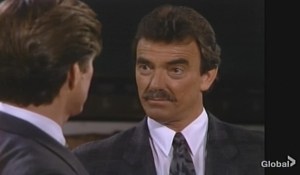 Ashley joins the Abbotts for the Thanksgiving holiday.

Jack looks back over the years as he reads the memoir he and Traci wrote about the Abbott family.

Before his exit this week, relive 20 things to know about Cane Ashby and see what you remember about his past.

Soaps Roundup: Last week’s exciting highlights for Young and Restless storylines featured a conman back on the scene. 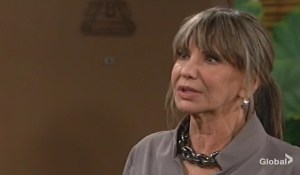 In Tuesday’s Y&R recap, Colin implicates Cane and tries to make a run for it, guests are robbed at the Grand Phoenix, and Abby asks Chloe about Chance.

Kyle battles for his place at Jabot. 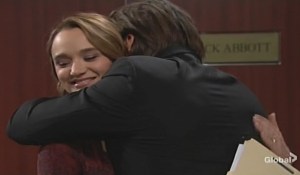 n Wednesday’s Y&R recap, Chelsea’s extended stay at Adam’s doesn’t go over well with Nick, Billy has an emotional therapy session and Theo is eager to impress at Jabot.

Kyle’s territory is invaded by Theo. 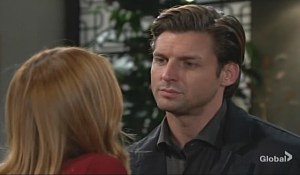 In Thursday’s Y&R recap, Devon accuses Cane and Amanda of working together, Amanda calls Elena a gold-digger, and Chance reminds Adam he owes him.

Cane must face the music.

Adam and Chance discuss their past.

Chelsea’s loyalty is put to the test.

In today’s Y&R recap, Nick and Chelsea experience tension, and Thanksgiving is celebrated.

Nikki and Victor hold a family Thanksgiving dinner at the ranch and it takes an unexpected turn.

Nikki says, “Now it is time for my favorite tradition, hearing what we’re all most thankful for.”

Sharon tells Rey, “The people of Genoa City never let me down on Thanksgiving.” Rey replies, “I love this tradition.”

Devon confronts Cane after Colin insinuates he was part of the con. Cane defends himself, but Devon is determined to get to the truth. Meanwhile, Colin has hidden the money and won’t say where it is.

Young and Restless spoilers for the week of December 2:

A surprising move is made by Chelsea.

Nick and Phyllis look back on the past.

The past haunts Devon.

In the latest Ambitions recap, Irene meets with Perla revealing she was behind Joaquin’s kidnapping, Amara sets a trap for her stalker Damian, and Evan and Rondell lose when they go up against cousin Darcia.