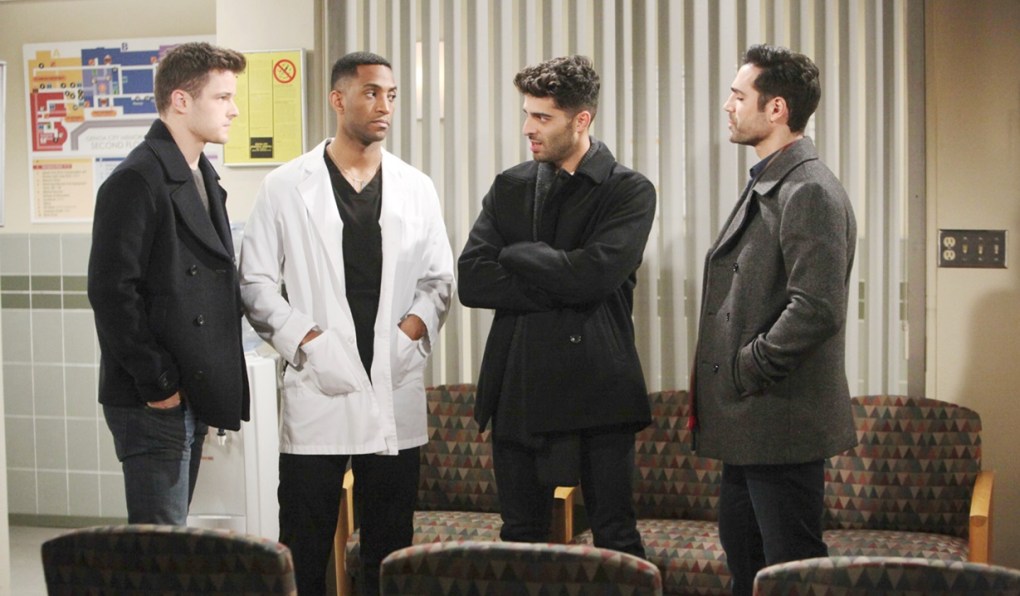 In the newest Soaps.com Young and the Restless spoilers, Jack continues to focus on bringing Jabot back to the Abbott family while Kyle faces the prospect of marrying Summer in order to save Lola’s life. Also, a verdict is reached in JT’s murder case. Please return to this page every day to see spoilers from the day-ahead Y&R recaps.

In the latest Deconstructing Y&R, key characters and history were missing from the courtroom drama.

In today’s Y&R recap, Victoria delivers emotional testimony, and Rey makes a decision regarding his marriage.

Mia confronts Rey, who turns the tables on her.

Victoria is called to the stand.

Y&R spoilers for the week of March 11:

In the weekly Y&R Spoiler Video: Summer warns Kyle about the consequences of his actions, while the Newmans verdict is in.

In today’s Y&R recap, Kerry’s playing Jack and Phyllis, Tessa is arrested, and Kyle and Summer's plans are revealed.

Billy and Phyllis have a tense exchange.

A cryptic message is sent by Kerry.

Summer plans her next move.

Take note of the upcoming Young and the Restless March Madness pre-emptions.

In today’s Y&R recap, Devon confronts Ana for lying to him, Abby's concerned about Summer's sudden engagement, and a verdict is reached in the JT case.

Jack works to cement an alliance.

Victoria has harsh words for Sharon.

Vote in Soaps.com's Y&R Poll: Kerry’s allegiance, to let us know where you think her loyalties lie.

In today’s Y&R recap, Nikki, Victoria and Sharon are found guilty on all counts and sentenced, Billy and Nick decide to team up, and Abby confronts Summer.

The Newmans are shocked by the verdict.

Victoria and Nikki are cool toward Sharon, who they feel allowed herself to be manipulated by Rey, as the trio awaits the jury's verdict.

Victor visits his wife and daughter and promises to protect his family.

A verdict is reached in the JT murder case and comes with an unbelievable twist.

Kyle is late for his wedding to Summer as he's unsure whether he can go through with it, but shows up after thinking about what's at stake. After they're married, Summer goes directly to the hospital to have surgery.

Young and the Restless alum Eva Longoria in Sylvie.

Nick and Billy team up.

Devon learns what Ana's been hiding.

Rey's motives are questioned by Christine.