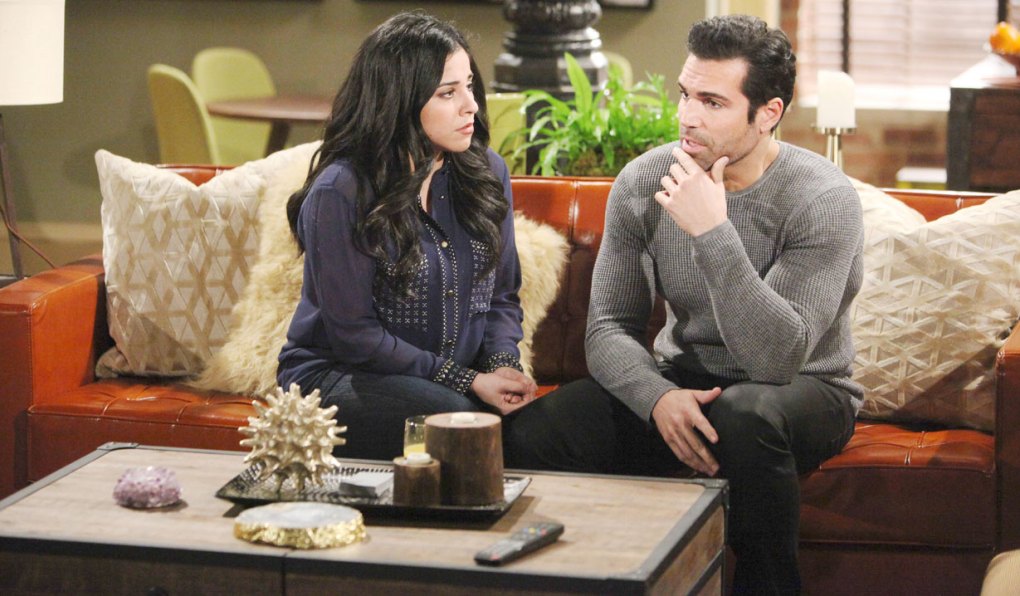 In the newest Soaps.com Young and the Restless spoilers, Phyllis will face consequences for her deal with Christine in both her personal and professional life, while Rey is onto Mia, and the Newmans strategize for their upcoming court battle. Please return to this page daily to see spoilers from the day-ahead Y&R recaps.

In today’s Y&R recap, Victoria, Nikki, and Sharon are arraigned and denied bail after learning Phyllis is Chris' witness, and Summer declares her love.

Y&R spoilers for the week of February 25:

In today’s Y&R recap, Mia reveals she’s pregnant as Rey arrests her, and Nick kicks Phyllis out of his house.

Billy takes Phyllis to task for her actions.

In the weekly Y&R Spoiler Video: Nick dumps Phyllis, and Jack wants the Abbott men to take over Jabot.

In today’s Y&R recap, Mia dupes Rey with a positive pregnancy test, Jack sings on for Billy's plan, and Kerry sides with Phyllis.

Michael's strategy is called into question.

Just in! Eileen Davidson returns to Y&R as Ashley Abbott this month.

Photos and a video clip! Y&R actress Kelly Kruger is on set filming A Very Corgi Christmas and had her heart stolen!

In recent casting news, Thad Luckinbill returns to Y&R in a shocking development.

Today, Y&R is pre-empted for CBS news coverage of the Michael Cohen testimony.

Recent comments from an ABC exec have sparked hope for a AMC & OLTL reboot.

Watch Sasha Calle in a commercial for Indeed.

In today's Y&R recap, the trial begins for Nikki, Victoria and Sharon and Rey decides not to arrest Mia, while Kyle appeals to Arturo and is able to visit Lola.

The Newmans plan how they'll defend themselves.

In the latest casting call, Y&R is casting the role of Jeff.

In today’s Y&R recap, Summer gets tested as a donor, and Mariah takes the stand.

A sacrifice is made by Devon.

Billy sees Phyllis' involvement in JT's death as similar to his gambling scandal and tells Jack they need to get her out of Jabot. He proposes that Jack get Kerry on board.

Nick sees Phyllis' deal with Christine as a betrayal against his family and decides to break up with her.

Mariah is put on the spot.

Arturo chases Kyle, dressed as a doctor, out of Lola’s room and warns him to stay away from her.

Rey handcuffs Mia and says, “You have the right to remain silent…”

Jack tells Kyle and Billy it’s time to put Jabot back where it belongs – in the hands of the Abbott family.

Jack stages a takeover at Jabot.

Phyllis looks out for her own interests.

Victoria stands up for herself.

Michael has an uphill battle ahead.