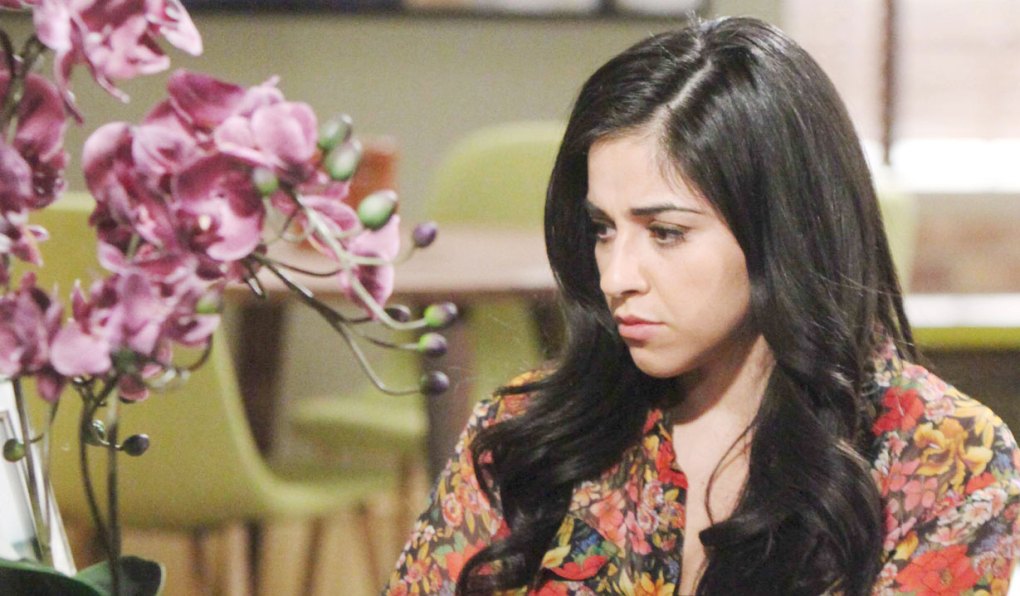 In the newest Soaps.com Young and the Restless spoilers, the JT murder drama continues after Nikki confesses to Nick, the tension increases even more between Phyllis and Victoria, and Cane goes to see Lily. Please visit this page daily to see spoilers from the day-ahead Y&R recaps.

Sharon winds up in a compromising position.

Y&R spoilers for the week of January 14:

In the weekly Y&R Spoiler Video: Billy finds Cane and Victoria kissing, and Nikki pulls a gun on an intruder.

In today’s Y&R recap, Mia confronts Rey about Sharon, Arturo declares his love, and Nikki spills all to Nick.

Arturo is tested by Mia.

In today’s Y&R recap, someone spies on Victoria and Nikki, and Kerry's behavior is odd.

Devon takes a risk when he sees Ana in a new light.

Jack gets mixed signals from Kerry.

Update! B&B and Y&R ratings to be accessible as CBS and Nielsen reach new deal.

Former soap opera writer Bettina Bradbury has passed away at 63.

Watch the Y&R cast on The Talk discussing JT's murder and behind the scenes antics.

Sharon's let down by Rey.

Alums in the news… All My Children, Days’ former actors in television, movies, and an op-ed from David Canary’s daughter.

Neil has reason to be concerned about Ana.

There's electricity between Victoria and Cane.

Phyllis comes upon Billy and Victoria at the Club and lets Vikki know that Billy tried to reconcile with her first and she turned him down. This will up the animosity between the two women and make Victoria wonder if she's Billy's second choice.