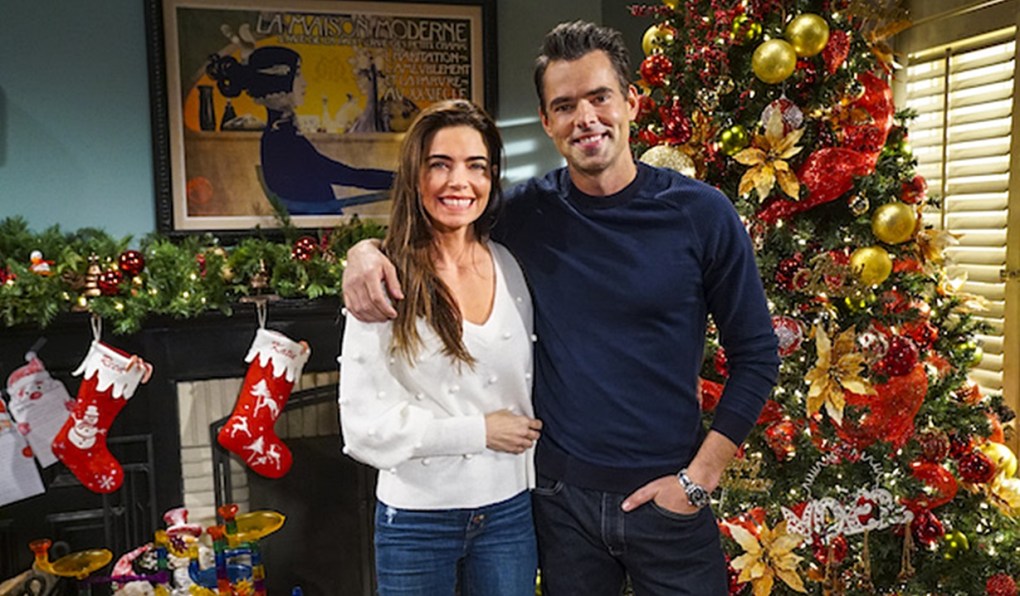 In the newest Soaps.com Young and the Restless spoilers, the Newmans find themselves praying for a miracle to keep Nikki alive after the hit-and-run, while Sharon does her part to keep holiday spirits up, and Billy and Victoria spend Christmas together with their children. Visit this page daily to see spoilers from the day-ahead Y&R recaps.

In the latest Deconstructing Y&R, the holiday hit-and-run drama is terrifically soapy, and there are mixed reactions to Tessa.

Sharon reaches out to Mariah.

Kyle cooks up a surprise to impress Lola.

In today’s Y&R recap, Reed confesses to hitting Nikki and Nate tells the family to prepare for the worst.

Sharon has a close moment with Rey.

Abby gets Arturo to open up.

Y&R spoilers for week of December 24:

In this week's Soaps Spoiler Digest, Christmas mishaps and shocking returns, we have new spoilers for all four soaps including Bold and the Beautiful, Days of our Lives, General Hospital and Young and the Restless.

Victor appears to Nikki as Eric Braeden returns to Y&R.

Just in... Soap alums in Beverly Hills, 90210 reboot that is being shopped to networks.

The Newmans hope a miracle will save Nikki's life.

Sharon throws a holiday party to keep the holiday spirit alive for the people of Genoa City.

Noah visits his grandmother while she's hospitalized in a coma, as Robert Adamson returns to Y&R.

Latest casting news... Y&R is casting a double of a current character.

Dina and Jack look back on Christmases past.

A mysterious figure makes his way to Genoa City.

Devon has a difficult time facing his new reality.

In today’s Y&R recap, Nikki goes missing from the hospital, and Lola’s infuriated with Kyle.

Nikki's life is hanging in the balance.

Billy and Victoria Newman explore their chemistry by creating the perfect family Christmas.

Victoria feels closer to Billy, but is scared.

A candlelight vigil is held for Nikki, who takes a turn for the worst on Christmas Eve.

After Lola discovers the purse Kyle gave her for Christmas cost thousands of dollars, she informs him he doesn't understand her and breaks up with him.

Mariah, on GC Buzz, tells her audience the holidays are for family, and they are family now.

In Nikki’s hospital room, Victoria turns toward the door and asks, “What are you doing here?”

Reed introduces himself to Rey and asks if he can talk to him about something.

Nick, with Phyllis, calls from Nikki’s hospital room to report a missing person. Then tells Victoria their mom didn’t get out of the hospital bed on her own, someone kidnapped her.

After an abbreviated visit with Lily, Cane takes to drinking at Devon's New Year's party, which catches Devon's attention.

Nick has no choice but to work with Rey.

Devon decides to hold a party on New Year's Eve.

Cane opens up to Jill.

Reed comes clean about the accident.

CBS will air a new episode of Y&R.

CBS will air a new episode of Y&R.