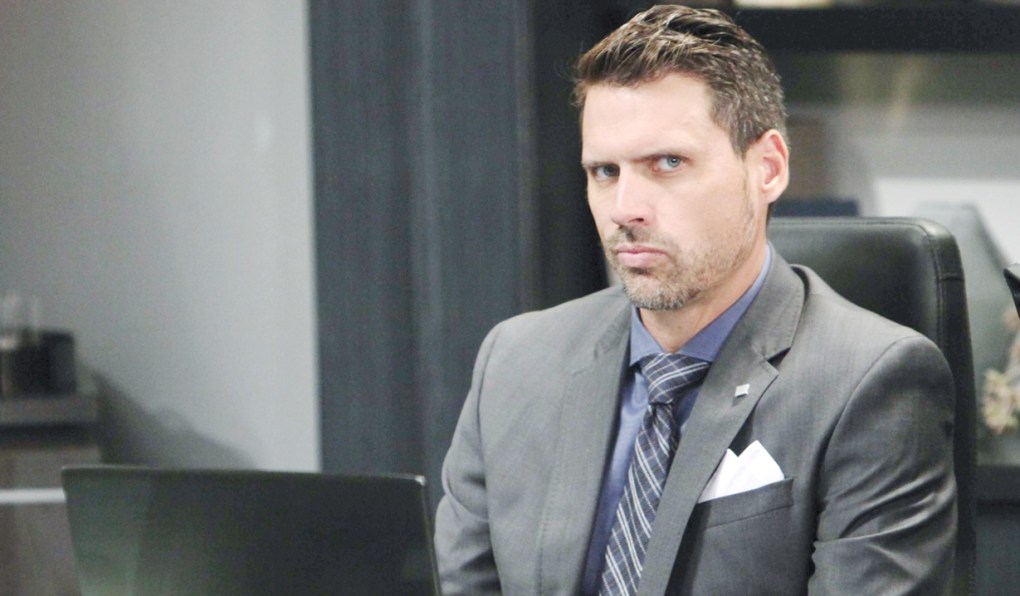 In the newest Soaps.com Young and the Restless spoilers, Nick doesn’t realize Phyllis is keeping a secret from him, and Reed comes back to Genoa City with an agenda that will make life difficult for Victoria. Please check this page daily for spoilers from the day-ahead Y&R recaps.

The newest Deconstructing Y&R talks Mia’s party…how can something so wrong be so right?

In today’s Y&R recap, Victor’s the prime suspect in JT’s murder, and Devon has an anxiety attack after therapy.

Nick does Phyllis a favor.

Y&R spoilers for Week of December 10:

In the weekly YR Spoiler Video: Nikki is questioned by Rey, Billy has a warning for Victoria, and Mariah is furious with Sharon.

In today’s Y&R recap, Tessa is dumped in the cold woods by Nikki, Victoria, and Sharon, and Billy’s hopes are dashed by Phyllis.

Jack's surprised when Billy admits he wants Phyllis back.

Nikki gets a huge shock.

In today’s Y&R recap, Nikki falls off the wagon, and Reed returns home determined to get to the bottom of his father's murder.

Phyllis hides something from Nick.

Victoria's surprised to see her son when Tristan Lake Leabu returns to Y&R as Reed.

In Wednesday's Y&R recap, Reed is angry with Victoria for concealing that Victor killed JT from him, while Lola has a proposition for Sharon that goes over well and Lauren has supportive news for Fenmore about his music career.

Fen gets a wake-up call.

Abby works to get ahead.

In today’s Y&R recap, Victoria fears Nikki and Mia’s alliance is a fatal mistake, and Abby pulls off her plan.

Mariah's in a difficult position.

Lola gets an opportunity.

Reed returns determined to find out the truth about his father's disappearance or murder and has no idea Victor is the prime suspect. Billy talks to Reed and warns Victoria that she should be the one to tell him. Victoria feels like everything is unraveling.

Nikki and Victoria have a heated exchange with Reed about Victor's innocence where JT's death is concerned, after which Nikki decides to visit Mia. She tells Mrs. Rosales they could be close, if only Rey weren't gunning for the Newmans. While in Mia's apartment, Nikki decides to take a drink.

Fenmore helps Lola with her food truck, and offers to be a waiter when Lola is asked by Abby to cater a private dinner for Devon. Lola must cancel a date with Kyle to take this on, and Fenmore gets to spend time with Lola and possibly make a connection with Devon.

Mariah rescues Tessa from the woods and learns she was taken captive and interrogated by Sharon, Victoria, and Nikki, who accused her of framing Victor for JT's murder. When Mariah confronts Sharon, she defends her actions by pointing out that Tessa is a con artist who lies. This leaves Mariah feeling protective of Tessa and angry with her mother.

Kerry is pursued by Jack.

Arturo stands up for Mia.

Abby tells Lola she has an offer she isn’t going to be able to refuse.

Mariah says to Sharon, “Please leave her alone.” Sharon replies, “Not until I’m sure she’s out of your life for good.”

Nikki takes a drink of wine, then finds herself with headlights bearing down on her outside in the snowy street.

Nikki ends up in life-threatening situation after she drunkenly steps into the path of a car. Reed is driving the car, which is Charlie's.

Ana has a secret.