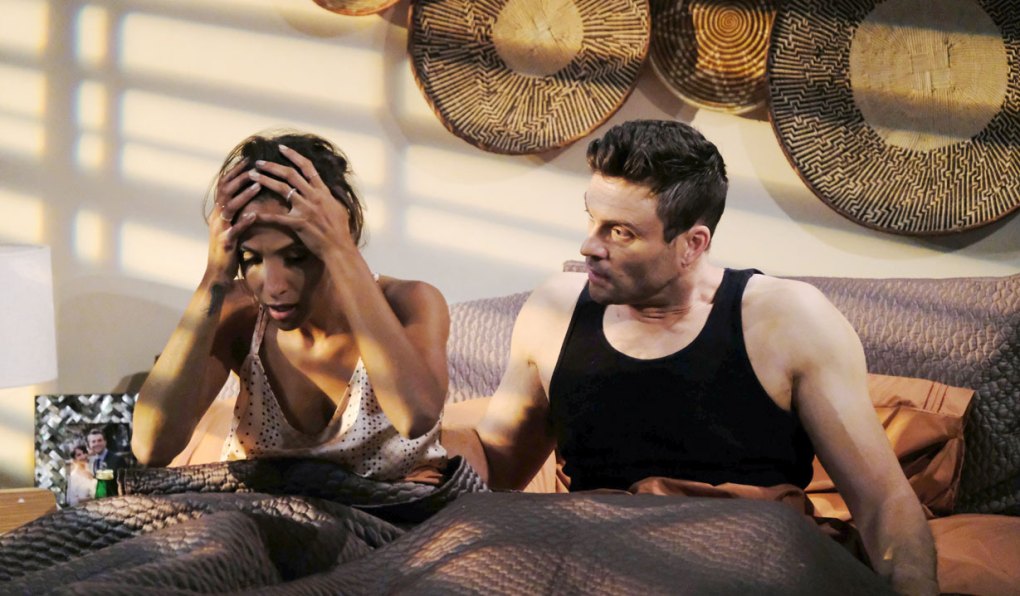 The latest Soaps.com Young and the Restless spoilers have tension rising in the business world as Nick purchases the leasing company behind Billy’s Jaboutiques, newcomer, Rey, poking around in the JT mystery, and more family trouble surrounding Summer, Billy, and Phyllis. Please return to this page daily for new spoilers from the day-ahead episodes of Y&R.

Young and Restless spoilers for the week of August 20:

In this week’s Spoiler Digest, wedding chaos and revenge, we have new spoilers for all four soaps including Bold and the Beautiful, Days of our Lives, General Hospital and Young and the Restless.

In today’s Y&R recap, Billy learns Nick’s his landlord after purchasing the leasing company, and Summer gets Billy to admit he’s attracted to her.

In today’s Y&R recap, Victoria furiously orders Nate to back off, and Phyllis catches Billy and Summer in a compromising position.

Summer and Billy have sparks between them.

Victoria is contacted by Nate.

Rey zeroes in on Victor and Nikki.

Lily receives comfort from her husband.

Ashley learns something that shocks her.

Sharon confides in a new friend.

Summer is confronted by Phyllis.

Phyllis is out for vengeance.

Abby works to keep the peace.

Billy says to Nick, “The new Nick Newman. Just like Daddy after all.”

Neil wishes Ashley a good morning. She says it is so far. Neil replies, “The question is, now what?”

Rey introduces himself to Nikki and Victor.

Phyllis goes back into the apartment for her phone and sees Summer standing with Billy in her bra.

Jack wants Nick to purchase the leasing company Ashley asked him about. Nick tells him no, but then buys it secretly.

After offering to bury the hatchet with Billy, Nick informs him he now owns the leasing company and the rent will be going up on his boutiques.

Kyle tells Phyllis about Summer’s plan to follow Billy on a business trip and seduce him.

Phyllis asks Billy, “What’s going on with you and my daughter?”

Ashley says, “We have to wait and monitor the company’s finances and any direction Billy takes towards them.” Kyle replies, “Why wait for him to mess up? We can make it happen.”

Sharon asks Rey, “What exactly are you doing here in Genoa City?” Rey replies, “I’m here because of JT Hellstrom.”

Kyle and Ashley team up.