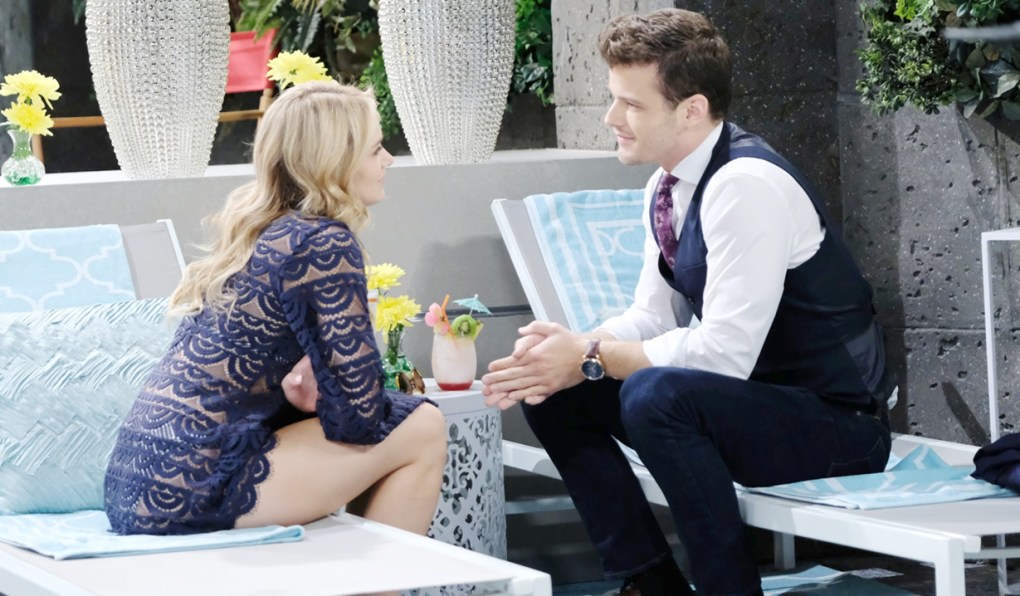 The latest Soaps.com Young and the Restless spoilers have Lily preparing to face the consequences with regard to the deadly accident, the business rivalry between Ashley and Billy heating up, and Phyllis and Nick facing exposure after Kyle and Summer learn their secret. Please return to this page daily for new spoilers from the day-ahead episodes of Y&R.

Young and Restless spoilers for the week of August 13:

In next week’s Y&R Spoiler Video: A newcomer investigates JT and the ladies, Nick gets a surprise regarding Phyllis, and Summer and Kyle come to a realization.

In this week’s Spoiler Digest, cracking, close moments, and confessions , we have new spoilers for all four soaps!

In today’s Y&R recap, Cane wants Lily to go on the run and Sharon’s gathering has plenty of drama.

Cane shares the decision he made with Lily.

Tension grows between Ashley and Billy.

Nikki is romanced by Victor. Summer and Kyle make a discovery.

In today’s Y&R recap, Michael’s angry Phyllis is siding with Billy over Lauren, Lily prepares for the worst, and Summer reveals what she knows.

Lily readies herself to face the worst.

Michael stands up for Lauren. In Thursday’s Y&R recap, Nick and Phyllis try to keep Summer silent, Devon is cold to Lily, and Gloria gets a holiday.

In today’s Y&R recap, Sharon asks Abby to be a bridesmaid in her wedding, Summer continues to pursue Billy, and Rey makes contact with Nick & Sharon.

Ashley turns to Neil for support. Summer takes someone up on their offer.

A man looks at an evidence board with JT’s photo in the center of it, as Jordi Vilasuso joins Y&R as Rey.

Summer learns from Sharon that Nick spent a night away from the house.

Kyle and Summer deduce that Phyllis and Nick had sex.

Summer plans to use the secret in her pursuit of Billy regardless of who gets hurt.

Nick is suspicious when Victoria tells him Sharon asked Phyllis to be one of her bridesmaids.

Lily is stunned by Cane’s plan and feels it may make matters worse.

Rey zeroes in on Nikki and Victor.