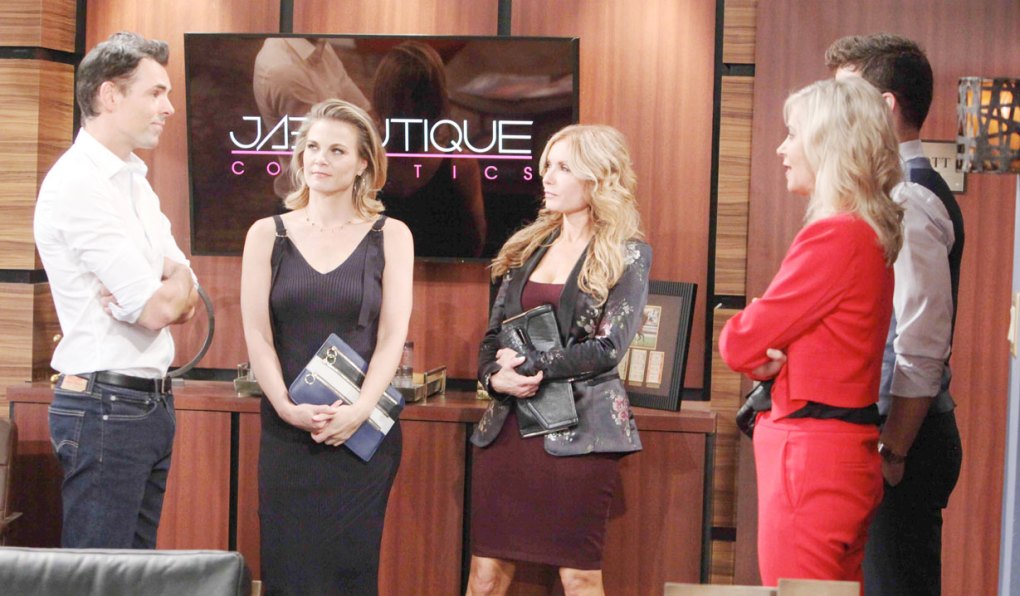 The latest Soaps.com Young and the Restless spoilers indicate that Summer will escalate her plan to get her mother’s boyfriend, Billy, into bed, and in a surprising move, Victor will seek to calm the waters with an enemy. Please return to this page each day for new spoilers from the day-ahead episodes of Y&R.

Young and Restless spoilers for the week of August 6:

In next week’s Y&R Spoiler Video: Summer makes a seductive move on Billy while family tensions rise around town.

In this week’s Spoiler Digest, confronted, committed, and consequences, we have new spoilers for all four soaps including Bold and the Beautiful, Days of our Lives, General Hospital and Young and the Restless.

In the weekly Y&R Spoiler Video: Jack stuns Phyllis with a declaration. In today’s Y&R recap, Lily decides to turn herself in, Devon clashes with Cane, and Mariah has reason to worry.

In today’s Y&R recap, Jack reveals he still loves Phyllis, while Lily is horrified by Michael’s warning about prison. Nikki goes too far with Sharon.

Summer thinks she’s on track to achieve her goal.

Phyllis is out of patience with Billy.

In today’s Y&R recap, Summer & Kyle bet on her seducing Billy, while Ashley makes a request of Jack, and Cane comes up with a plan.

Cane’s determined to protect his family.

Summer is challenged by Kyle.

Jack’s loyalty is tested by Ashley.

Devon enters his penthouse and asks what’s going on. Shauna says Mr. Ashby was reminding her that she needs to keep quiet about the car crash.

Phyllis notes that Jack’s always looking out for her. Jack says he’ll always be there for her.

Billy stands up from his chair and Summer pulls him into a kiss.

Sharon stands up to Nikki.

Phyllis’ buttons are pushed by Summer.

Lauren is incensed by Billy’s plan to open a chain of Jabot cosmetics boutiques that will directly compete with Fenmore’s, and Phyllis is caught in the middle.

Summer says, “Oh my God!” Kyle interrupts, “It was Nick.” Summer marvels, “My mom hooked up with my dad.”

Nick is suspicious when Victoria tells him Sharon asked Phyllis to be one of her bridesmaids.

A mysterious man looks at an evidence board with JT’s photo in the center of it.