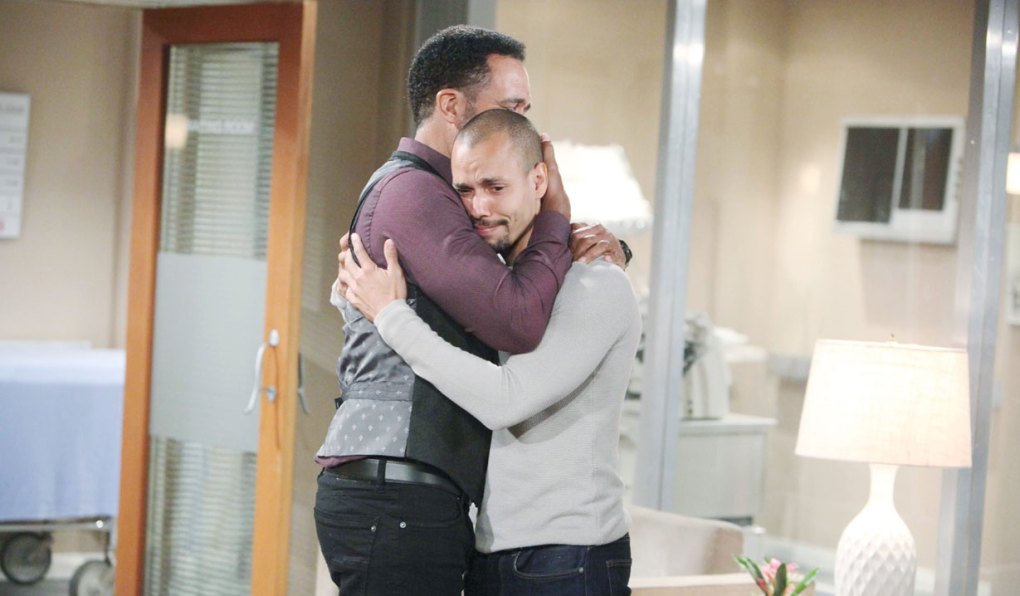 The latest Soaps.com Young and the Restless spoilers indicate that Phyllis and Billy’s troubles continue, while more business intrigue goes down, and Devon deals with the tragedy that has befallen his family. Please visit this page daily for new spoilers from the day-ahead episodes of Y&R.

In the newest Y&R blog, Nick’s turn to the dark side gets fan reaction, and Candace comments on Hilary’s exit story and more.

In today’s Y&R recap, Nick & Phyllis have sex, Devon and Hilary learn they’ve lost the baby, and Mariah’s thrown for a loop.

Young and Restless spoilers for the week of July 23:

In the latest Y&R Spoiler Video: Devon makes a proposal, Nick and Phyllis keep a secret, and Mariah snaps at Tessa.

In the weekly Y&R Spoiler Video: Devon hopes for a miracle and friends and family urge Hilary to fight

In today’s Y&R recap, Nate tells Devon that Hilary’s not going to make it, Phyllis deal with an unexpected situation, and Sharon & Nick reconcile.

Kyle gains the edge at Jabot.

Nick makes a pact with Phyllis.

In today’s Y&R recap, Devon proposes to Hilary, Mariah learns the truth about Tessa’s embrace, and the police call Lily.

Devon wishes for a miracle. In Thursday’s, Y&R recap, Hilary and Devon get married while she deteriorates, Mariah agrees to leave with Tessa, and Jack is there for Phyllis.

Phyllis’s relationship with Billy is on the rocks after he disappoints her again.

Devon and Hilary have a celebration of their love.

In today’s Y&R recap, Hilary dies in Devon’s arms, Mariah reaches a decision about leaving, and Nick fights with Billy.

Devon and Hilary look back on their past.

Victor sets a plan in motion.

After Tessa ends a date early for work reasons, Mariah spots her embracing another woman.

Hilary blames herself for the accident.

Devon makes an important decision after he and Hilary lose the baby. He senses from Nate’s expression while checking Hilary’s monitors that something is wrong and takes action.

The Chancellor legacy is defended by Cane.

Phyllis and Nick, estranged from their partners, get together to play video games and end up having sex.

Nick and Phyllis agree to keep their tryst a secret, however, Phyllis has to do damage control when the news gets into the wrong hands.

Cane gets a shock.

Arturo and Abby talk about the future.

Paul finds Nikki, Victoria, Phyllis, and Sharon together and chirps, “Well, what a coincidence, I was just thinking about all of you this morning.”

Devon watches on his laptop, as Mariah, on air, says Hilary would want them all to keep buzzing, so she will.

Mariah looks across the Dive Bar and sees Tessa standing there.

At Hilary’s memorial, Lily says, “Please don’t tell me that you think that I…” Devon interrupts, “That you did it on purpose?”

Devon is devastated by Hilary dying and throws himself into work to keep busy.

Neil attempts to help Devon with his grief.

Although Devon is unable to watch a memorial for Hilary aired on GC Buzz, he agrees to attend her funeral.

Though Lily cannot remember the specifics of the accident, someone reveals her role in it in a public way.

Devon’s dynamic with Lily will change when it comes out that she ran the red light.