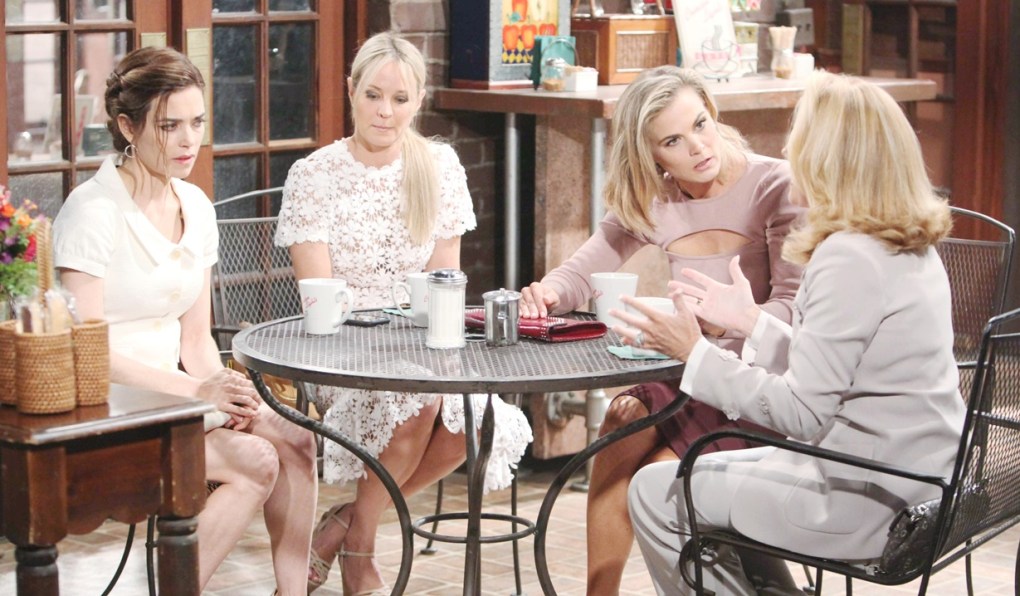 The newest batch of Soaps.com Young and the Restless spoilers are chock full of secrets, disturbing messages, and sneaky plans. Billy struggles now that his gambling addiction has been triggered, and there are new developments in the JT mystery and the situation at Newman Enterprises. Please visit this page daily for new spoilers from the Canadian day-ahead episodes of Y&R.

Young and Restless spoilers for the week of July 2:

In this week’s Y&R Spoiler Video: Everyone celebrates the Fourth of July, Neil hosts his BBQ, and Ashley makes a huge announcement.

In the weekly Y&R Spoiler Video: Phyllis suggests digging up JT, Hilary and Devon’s baby is in danger, and screams ring out.

Summer’s buttons are pushed by Kyle.

Just in… Justin Hartley cast in Little, a new comedy film due out next year.

Soaps Roundup: Young and the Restless storyline refresher of what went down last week.

Nikki and Victor agree to work together.

Neil welcomes his nephew back to Genoa City as Brooks Darnell joins Y&R as Dr. Nate Hastings Jr., who will treat Victor.

In today’s Y&R recap, sexy Fourth of July fireworks ensued with Abby and Arturo, as well as Billy and Phyllis…in an elevator.

Cane stands up for Chancellor.

Tessa gets an unsettling message.

Abby and Arturo have sex.

In today’s B&B recap, Ridge & Brooke disagree about Liam’s future, while Liam assures Hope that their baby is a gift.

In Thursday’s Y&R recap, Hillary grills Nate, Jack changes his mind about the case, and Billy makes a risky bet.

Jack goes to the extreme.

Nikki and Sharon are in danger.

Devon asks, “Is there a problem?” Hilary’s OB/GYN replies, “Just a little trouble locating the heartbeat.”

Billy runs into a past rival.

Kyle is wary of Jack’s plan to stage a mock trial with Dina as a witness, but participates.

When Dina’s initial clarity devolves into fear and confusion, Kyle takes matters into his own hands with a new plan.

After viewing the security footage, Phyllis remains skeptical that it’s JT, however she, Nikki, Sharon, and Victoria decide to dig up JT’s grave.

Nikki has Chancellor Park closed down for construction reasons.

The women encounter a significant roadblock at the park and Phyllis comes up with a back-up plan.

A shocking message is sent to Victor.

Billy goes to his dark side.

Ashley’s life gets a little romance in it.