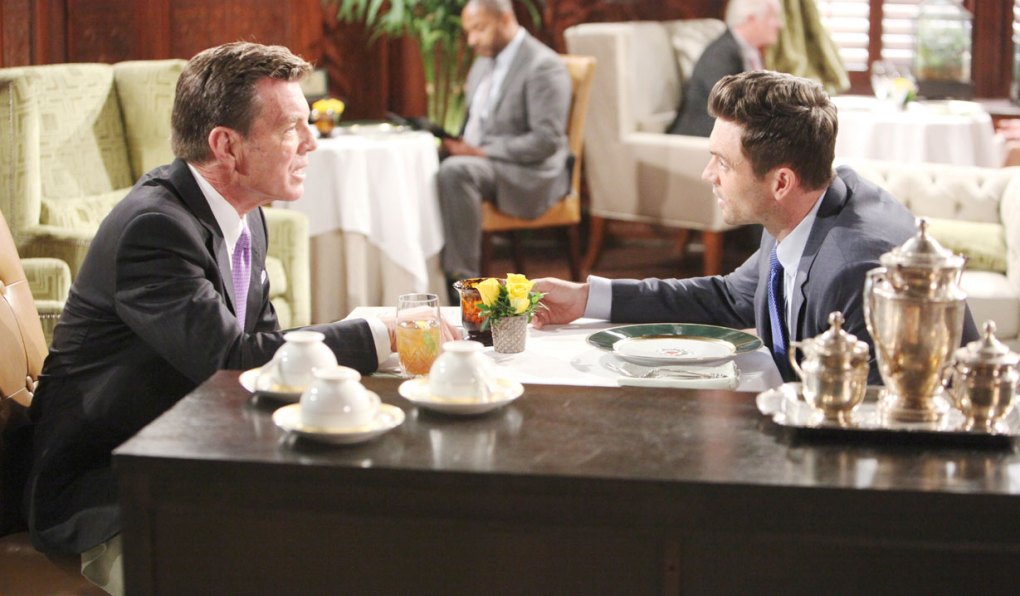 The latest Soaps.com Young and the Restless spoilers indicate trouble ahead with Summer targeting Billy, as well as a possible breakthrough in Jack’s search for his biological father, and a romantic announcement for Nick and Sharon. Please visit this page daily for new spoilers from the Canadian day-ahead episodes of Y&R.

In the latest Deconstructing Y&R, Nick’s stance toward Victor is savage, and why is Summer trying to seduce Billy?

Young and Restless spoilers for the week of June 18:

In Monday’s Y&R recap, Jack finds out Phillip Chancellor could be his father, Nick pops the question, and Victoria faces some questions of her own. Summer works to get closer to Billy.

Take a look at the loving photos of Y&R stars honoring their dads on Father’s Day.

Phyllis takes things into her own hands.

Hilary is comforted by Devon.

In Wednesday’s Y&R recap, Victoria is threatened, Jack asks for Cane’s help, and Hilary gets a surprise.

Cane is on the receiving end of an unexpected request.

In today’s Y&R recap, Summer tempts Billy with gambling, while Cane threatens to go to war with Jack.

Abby slows things down with Arturo.

Ashley looks into a threat.

Billy and Summer have a secret.

Summer says to Billy, “Looks like someone is a naughty boy.”

Jack uses the key he found in Dina’s belongings, and finds a photo in a safety deposit box. He then tells Kyle that Phillip Chancellor could be his father.

Nick asks Sharon to marry him on bended knee.

Mariah snarks at Summer and Kyle at the Dive Bar.

Victoria receives a computerized warning that her secrets are no longer safe, followed by printouts of emails and confidential files from the time JT was with Newman Enterprises that could compromise the company. Victoria worries JT is somehow behind it all.

Ashley and Victoria team up.

A surprising announcement comes from Victor.