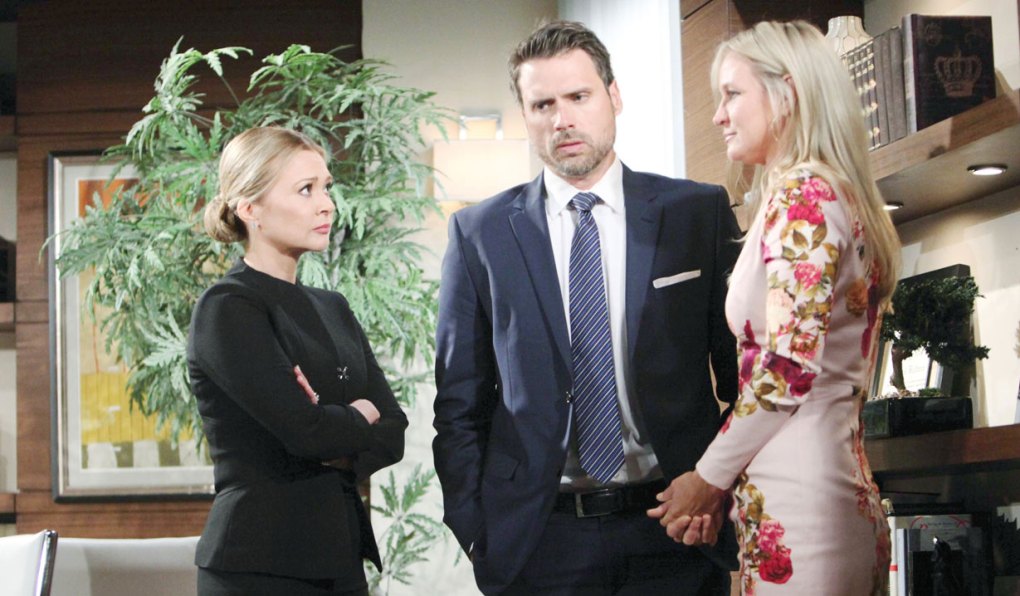 In the latest Soaps.com Young and the Restless spoilers the custody case involving Christian gets underway with neither Nick nor Victor giving an inch, and Jack seeks to learn some concrete information on his father’s identity. Please view this page daily for new spoilers from the Canadian day-ahead episodes of Y&R.

In the latest Deconstructing Y&R, Summer’s messy return stirred up controversy while unexpected departure news may be a bad move for the show.

In today’s Y&R recap, Sharon threatens to send Nikki to prison, while Devon arrives home to a surprise.

Young and Restless spoilers for the week of June 11:

In the Y&R Spoiler Video: Jack receives clues to his paternity, Nikki has a warning for Victor, and Nick blows up during a legal meeting over Christian.

In this week’s Spoiler Digest, paternity problems, proposals, and old memories, we have new spoilers for all four soaps including Bold and the Beautiful, Days of our Lives, General Hospital and Young and the Restless.

In the weekly Y&R Spoiler Video: Nick vows to take everything from Victor, Summer flirts with Billy, and things heat up between Devon and Hilary.

Sharon receives a warning from Nikki.

Billy acts as a mediator.

Devon receives a surprise from Hilary.

In this week’s Y&R spoiler video Nick proposes to Sharon, while Nikki taunts Abby. Plus in an added Y&R spoiler video, Victoria receives a frightening message, as Summer continues to mess with Billy.

Soaps Roundup: A look back at what happened last week in the Young and the Restless storylines.

Interview with Y&R’s Thompson, Goddard and Walton in which they discuss their nostalgia about Jeanne Cooper and much more.

In today’s Y&R recap, Nick & Victor attack one another as the custody hearing gets underway, and Summer learns Jack and Kyle aren’t Abbotts.

Jack turns his focus to finding out his paternity.

Nick and Victor refuse to budge.

Brittany makes her first appearance as Nick’s lawyer when Lauren Woodland returns to Y&R for the custody case.

Sharon’s character is under the microscope.

Neil comes across a clue about Dina’s past.

Charlie’s falling in love with Shauna.

In today’s Y&R recap, Devon & Hilary reveal their reunion to his family, Jack finds a clue to his paternity, and Nick clashes with Victor.

Hilary and Devon revel in their reunion.

The Newman family has a tense Father’s Day.

Neil tells Jack, “Somewhere in those pages you just might find the name of your biological father.”

Summer, in a sexy nightie, says to Billy, “You’re turned on, aren’t you?” Billy replies, “That’s not at all what’s happening here.” Summer shrugs, “It’s okay. I think you’re hot too.”

Sharon’s stunned when Nikki informs her she’s standing with Victor, and concerned when she’s a no-show at the custody arbitration.

Sharon makes a last-minute appeal for Nick and Victor to settle Christian’s custody on their own.

Michael provokes Nick into an outburst at the custody arbitration hearing.

Phyllis argues with Summer about her lifestyle, and Billy works to keep the peace.

Summer and Billy keep a secret.

Brittany looks for answers regarding JT.

Nick reaches a decision about the future.