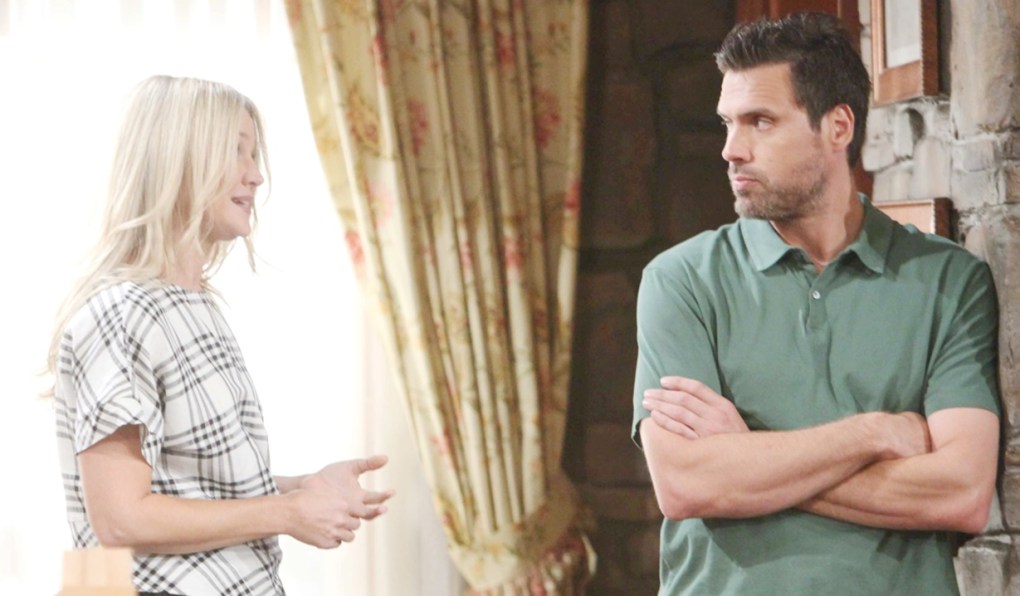 In the latest Soaps.com Young and the Restless spoilers, it looks like drama is ahead for Newman Enterprises and between Nick and Victor, while over at Hamilton-Winters, the focus is on romance. Please view this page daily for new spoilers from the Canadian day-ahead episodes of Y&R.

Young and Restless Friday May 25: Young and Restless spoilers for the week of May 28:

In this week’s Y&R Spoiler Video: Hilary reveals she’s pregnant, Ashley gets an eyeful, and Abby and Arturo share a kiss.

Young and Restless spoilers for Monday May 28:

Someone is opposed to Sharon and Nick reuniting. Jack confronts Kyle about his betrayal.

Y&R spoilers for Tuesday May 29:

Y&R spoilers for Wednesday May 30:

In today’s Y&R recap, Victor threatens to take Christian from Nick, Hilary shares news, and Traci has an emotional talk with Jack.

Victor and Nick disagree regarding a secret.

Jack gets tough love from Traci.

A new physical therapist appears in Genoa City with Mak DeGennero cast on Young and the Restless.

Y&R spoilers for Thursday May 31: Devon gets unexpected news from Hilary.

Kyle works to stir the pot.

Abby and Nikki square off about Arturo.

The dayplayer roles of a poker player and Blake have been cast with Brittany Black and Laura Linda Bradley appearing on Y&R.

Nick sees a draft of Victor’s press release and realizes his father is putting him in as COO, which was Victoria’s position.

Victor leads Nick to believe Victoria’s okay with not being COO.

Nick squares off with Victor after being mislead.

Nikki spots Abby and Arturo kissing. After, Nikki tells Abby about her affair with the contractor.

Hilary receives a proposition from Devon.

A special delivery arrives for Phyllis.

Devon asks Hilary to move in

Charlie comes to Shauna’s rescue when she has issues at home.

Secrets may impact on Nick and Sharon’s happiness.

Backstreet Boys’ Brian Littrell On Son Baylee Following In His Musical Footsteps: ‘I’m So Proud Of Him’