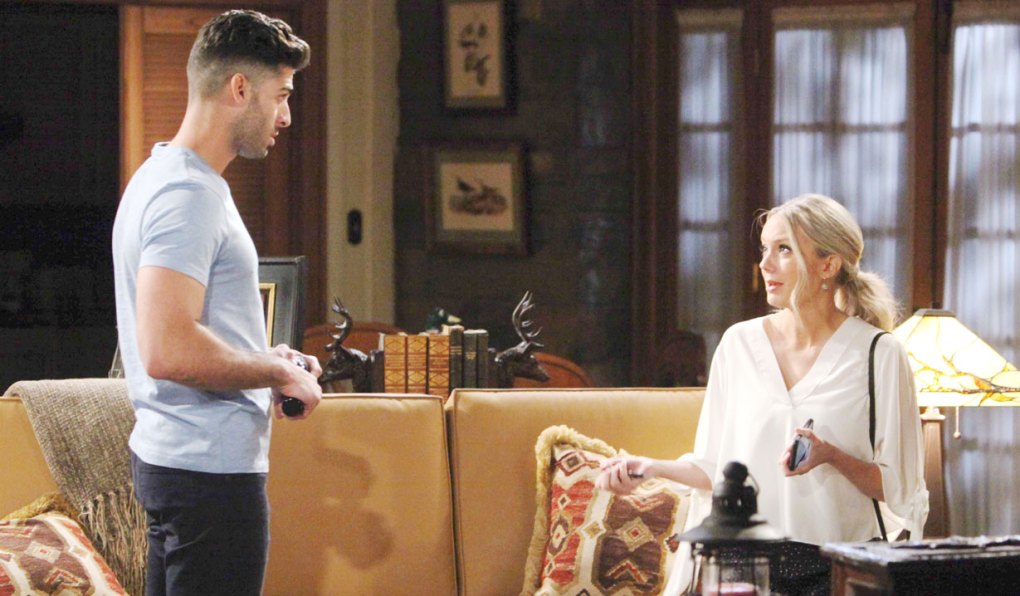 In the latest Soaps.com Young and the Restless spoilers, Jack continues to wrestle with the possibility he’s not John Abbott’s biological son, while the drama ramps back up in the JT investigation. Visit this page daily for spoilers from the Canadian day-ahead episodes of Y&R.

Young and Restless spoilers for the week of May 14:

In this week’s Y&R promo, Jack fears the DNA results, Phyllis and Nick learn JT’s cellphone is back on, and Devon and Hilary have some fun.

In another Y&R promo, Victoria prepares to confess to Paul, Jack hits the bottle, and Nick and Phyllis chase someone who looks like JT.

In the latest Spoiler Digest, threats, disappearances, and deep trouble, we have new spoilers and May Sweeps for all four soaps including Bold and the Beautiful, Days of our Lives, General Hospital and Young and the Restless.

Abby seeks to discover who is responsible for tampering with Dina’s movie. The search for JT picks up.

May will bring a few Y&R casting details for three additional dayplayers who will be in scenes with two front burner characters.

In today’s Y&R recap, Billy’s appointed CEO of Jabot, while Victoria’s summoned by the police, and Hilary and Devon get close. Billy takes over at Jabot.

Victoria is cornered by Paul.

Jack goes to his dark side.

Kyle works to hide his actions. Peter Bergman on Jack’s future and the reveal he’s not John Abbott’s son.

In today’s Y&R recap, Victoria confesses to seeing JT the night he disappeared, while Jack seeks painkillers in the wake of his car wreck.

Devon has a secret. Check out the Daytime Emmy red carpet interviews, including Kelly Kruger on going to dark places.

In today’s Y&R recap, Sharon & Nick reunite, and Jack reaches out to Neil.

Sharon and Nick make a choice regarding their relationship.

Jack holds an envelope and tells Phyllis when he opens it everything could change.

Billy supports Jack as he struggles with whether to view the DNA results.

Hilary and Devon dance together in the office.

Nick and Phyllis learn from the GCPD scanner that JT’s cellphone is back up and on the grid.

Nick chases down the person with JT’s cellphone.

Victor has an interesting proposal.

Abby tells Arturo, dressed in a suit, to strip down.

Devon moves in close to Hilary and puts his hand on her waist.

Dina says, “I never told you who Jackie’s father is, it’s time for the truth to come out.”

Billy steps up for the Abbott family.

Nick and Sharon face a decision about the future.

Abby turns to Arturo in the wake of Jack’s secret coming out.

ICYMI… Soaps.com’s live blog from the 45th Daytime Emmy’s is chock full of photos and fun moments such as Gina Tognoni dishing on fashion with Carolyn Hennesy.