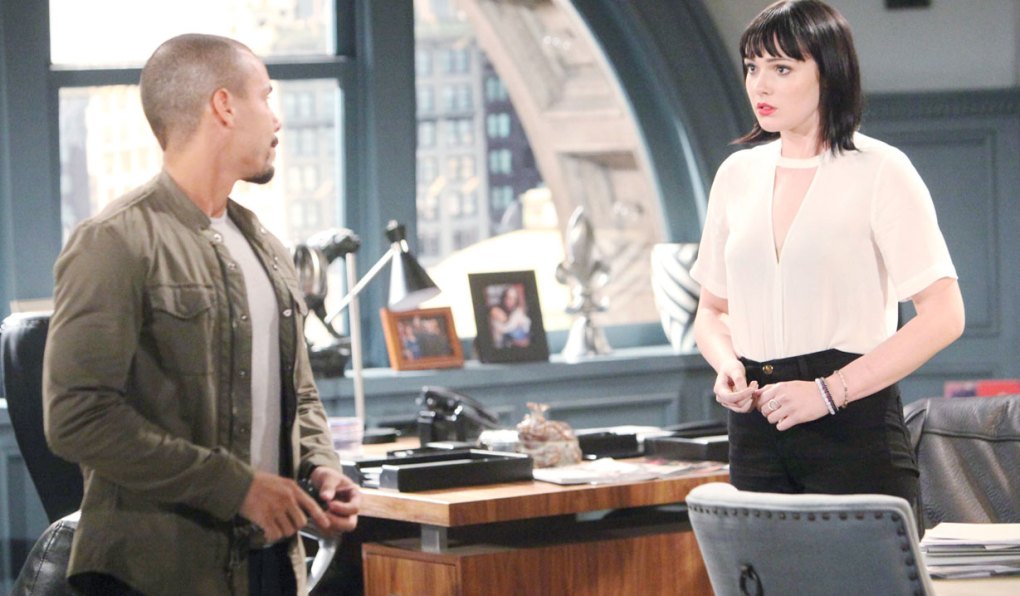 Nick doesn’t think there is anything else Victor can take from him.

Victor tells Noah that Tessa stole Nikki’s gun and gave it to Crystal.

Dina insists to Jack that Nikki has no dignity.

Victoria flirts as she tells Ravi she’s interested in him.

On air, Hilary says she knows something about Tessa that Mariah and Devon don’t.

Ashley is in control.

Y&R Spoiler: Mariah walks in on Sharon and Scott

Hilary asks Devon to put Tessa on her show.

Chelsea’s outraged over a plan to sell Chancellor Park.

Nikki tells Kevin she’s disgusted that Victor used him to do his dirty work.

It comes to light that Kevin worked for Victor.

Devon is tempted by Hilary.

Ashley and Jack both want control over Jabot.

Hilary comes to an unexpected realization.

Abby wonders how Scott feels about her.

Y&R Spoiler Video: Nick Accuses Victoria of Being Like Victor

Nick takes on something new.

Ashley is surprised by Dina.

Scott snaps at Sharon that he won’t be more like her ex.

Chelsea gives in to Victor’s demands.

Lily panics when Cane hands her the baby.

Jack is frustrated trying to connect with Dina.