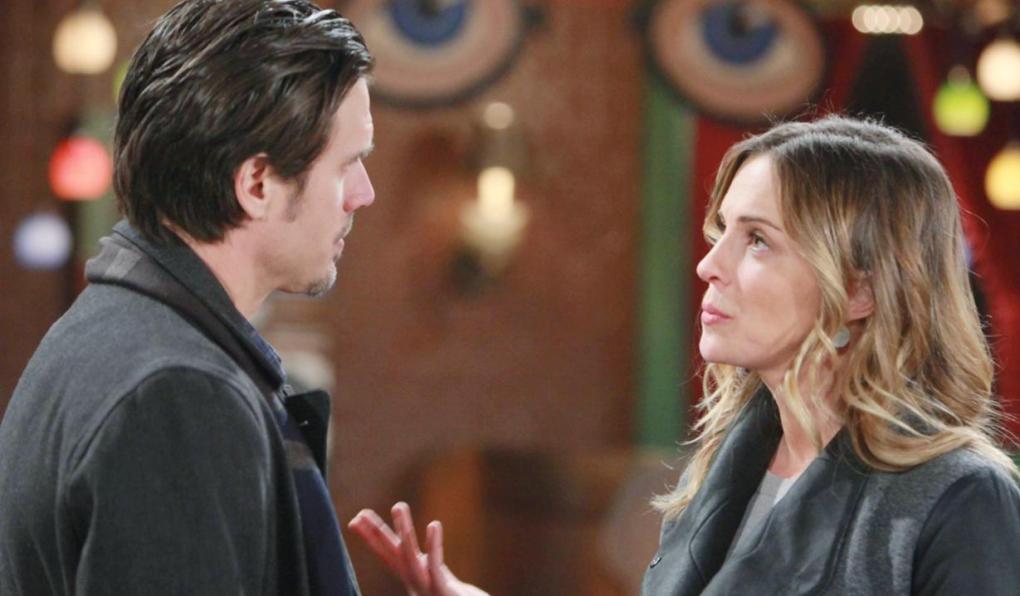 Read today’s Y&R Recap: Victor is out on bail and involved in several confrontations.

Jack angrily tells Phyllis he’s had it with her reckless attitude. Phyllis hisses, “You’re not the only one who’s had it.” Jack grabs her arm. “Wait, wait, wait…” Watch a Y&R spoiler video of Jack and Phyllis.

Stitch, with Abby at his side, says, “I’m scared, Michael. I could lose my son. Will you please help me?”

As Nikki looks on, Victor orders Victoria out of his chair. “I have work to do.”

Victor makes a deal with Elise Moxley, who is fed up with their affair being held over her head.

Abby worries that Max will ruin their family.

Michael turns Phyllis down for her request about Victor.

Victoria and Nikki plan to oust Victor from Newman.

Elise Moxley holds a press conference that changes everything for Victor and Noah.

Neil says to Devon, “I’m warning you Son, it sure seems like the old Hilary to me.”

Jack says to Phyllis and Billy, “Apparently, a lot has been going on behind my back.”

Summer tells Victoria and Victor, “Natalie was in touch with Billy behind our backs.”

Max hesitates when Abby is in a crisis.

Michael opens up to Lauren.

Nick asks Sage, “What are you saying?” She replies, “That I think you are looking for ways to sabotage this adoption.”

Jack tells Paul, “You need to lock Victor up again. He is out of control.”

Billy tells Victoria, “I had nothing to do with that.” Victoria replies, “After all these years, you’d think you would be a better liar.”

Jack questions if he can trust Phyllis.

Ashley says to Neville, “Maybe it’s time for you to stop treating me, because the life I’m living is not the life I want.”

Victoria says, “All in favor of removing Victor Newman as CEO please raise your hand or indicate verbally if that’s your choice.”

Chelsea fears Adam can’t let go of the past.

Ashley gets impatient with Neville.

The Newmans discuss the fate of Victor’s company.

Victor deals with a setback.

Young and the Restless spoilers Mar....