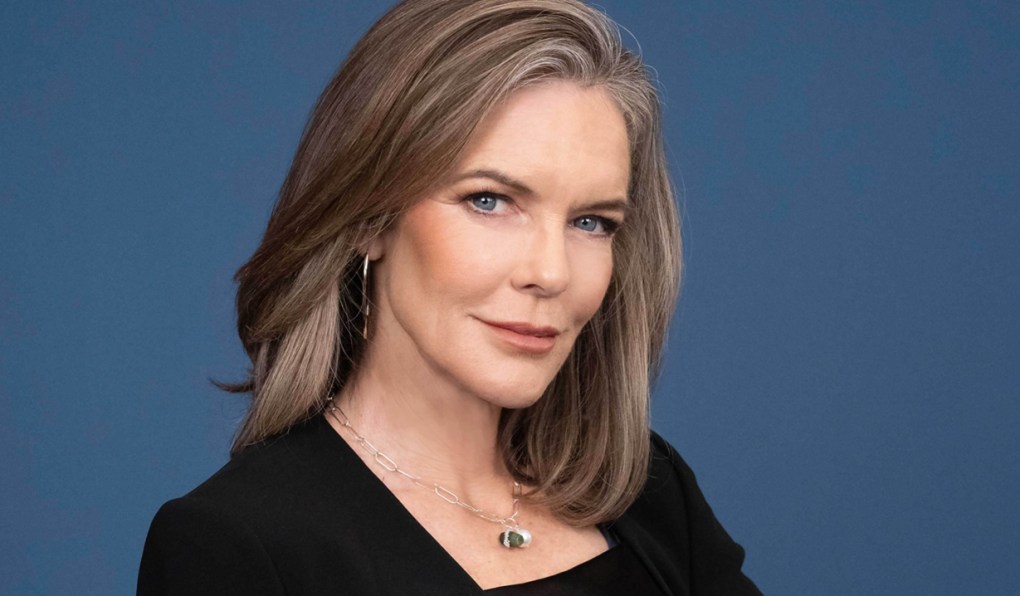 If you needed any reminders that the characters on The Young and the Restless aren’t afraid to take big chances, here they come — in abundance! In Soaps.com’s latest spoilers for Monday, May 23, through Friday, May 27, Billy makes a bold move, Victor makes a decisive one, and Diane makes the kind that could get her killed all over again. Plus, as Jack and Phyllis ponder their future, Chance sees a troubling amount of Devon in his and Abby’s. Read on, and we’ll pour out the details on all of these teasers and more.

In Friday’s recap, Summer and Kyle bar Ashland from Harrison, Esther gets a hit on a dating app, and Ashley confronts Phyllis! 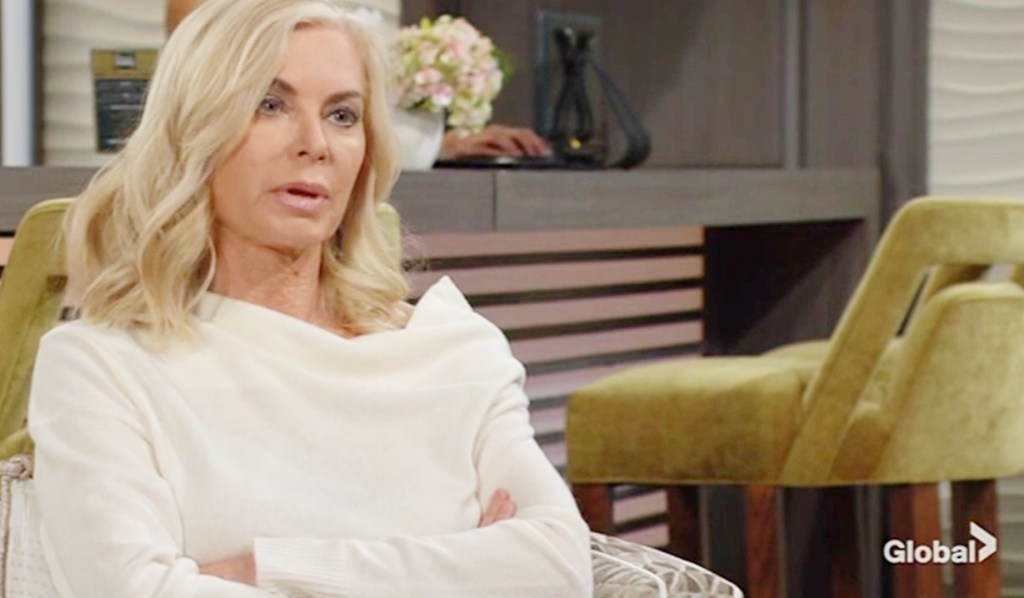 When Kyle faces a major decision, you can bet that it has to do with his back-from-the-dead mother. Or will it? Perhaps the Abbott heir will be facing a complex choice of a different nature.

We’ve all done it… and if you haven’t, well, you might want to try it… See Courtney Hope as you definitely never have before.

Young & Restless spoilers week of May 23:

Young & Restless spoilers for Monday, May 23: 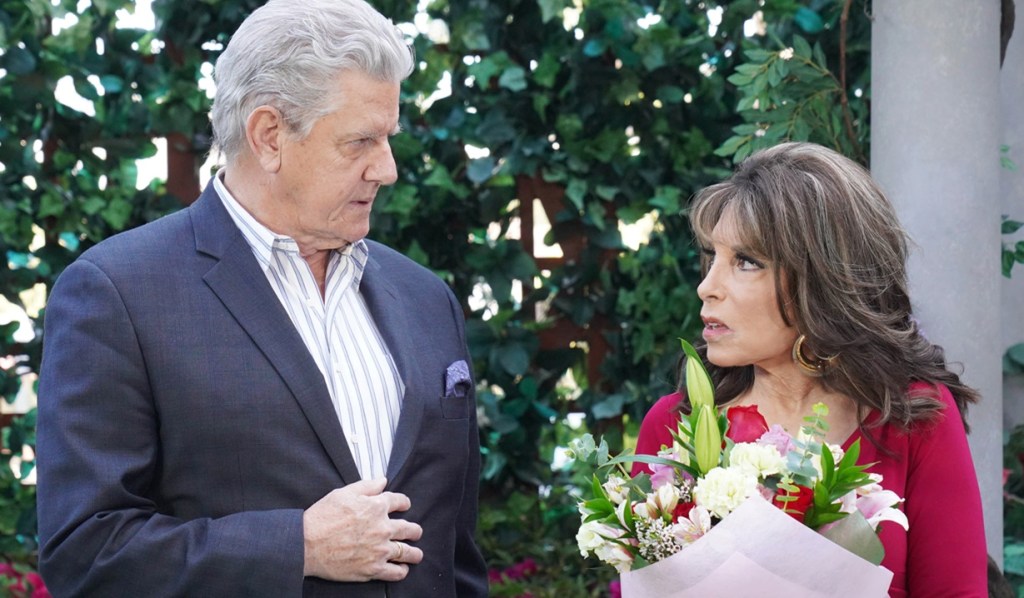 We wouldn’t want to be in Ashland’s shoes right about now. When Victor discovers his foe’s Achilles’ heel, you can bet that he will stop at nothing to exploit that weakness and banish Victoria’s latest spouse from their family — and Genoa City — for good.

When Summer and Chelsea talk shop, perhaps a new plan will be stitched together — one that will help ill-fated Rey’s unrequited crush put the spring back in her step. Maybe Kyle’s missus wants to recruit the designer for Marchetti?

Nikki had to see this one coming. So when her credibility is questioned, expect the  exotic dancer-turned-politician-turned-Newman Enterprises CEO to have no trouble defending herself. She can even refer to our photo gallery that tells her triumphant life story.

Young & Restless spoilers for Tuesday, May 24:

Oh, Billy. Will he never learn? Rhetorical question. Of course he won’t. Today, he makes a bold move. But will it be a smart one? We’ve consulted our handy Magic 8-Ball on the matter and “Outlook not so good.” Shocking.

Speaking of grim prospects, Amanda learns disturbing news. Has Imani gone too far in her pursuit of Nate? Is a health crisis on the horizon for Devon’s lady love? Or is something altogether different about to go wrong?

Never content with the amount of power they wield, Adam and Sally size up the competition. They really do seem to think that they only way to get a leg up is by taking someone else down, don’t they?

Young & Restless spoilers for Wednesday, May 25:

This is going to require diagrams and flowcharts. Maybe an interpreter, too. When Jack and Phyllis dissect their relationship, will they finally come to the conclusion that we long ago did — that they are destined to see if they can not only get together again but stay together?

Bad move, Diane. She pushes Nikki too far, perhaps forgetting how easy it was for all of Genoa City to believe that Victor’s wife really had murdered her once upon a time.

Young & Restless spoilers for Thursday, May 26:

Apparently, Victor is on a real tear this week! Only a day after he tells Ashland where he can shove his mea culpas, he gives Diane a warning.

Hmm. If Chance struggles with Devon and Abby’s bond — and he does — is the stage being set for the blonde’s husband to possibly turn to a certain someone else? One of Soaps’ editors is already shipping the potential couple, even if she also feels hella guilty about it! Find out why here.

No doubt stemming from his “bold move,” Billy lands in hot water with Lily. Did the avid podcaster go out on a rickety limb and start naming names?

Young & Restless spoilers for Friday, May 27:

Given that Summer doesn’t trust Diane as far as she could throw the luggage she struggled to get over the Abbott threshold, it should be easy for Phyllis to recruit her daughter to help take her on. Certainly, Kyle’s wife holds more sway with him than does his conniving mother. Um… right?

Given that Chelsea suffers a setback, we’re going to assume that her shop talk with Summer doesn’t leave her seeing the world sunny side up.

As he always has, Jack protects Kyle’s best interests. Our immediate thought: What has Diane done — or what is she trying to do — now?

Ready for a heated debate? We’ve ranked Young & Restless‘ 25 all-time best couples. See if you agree with who landed where! 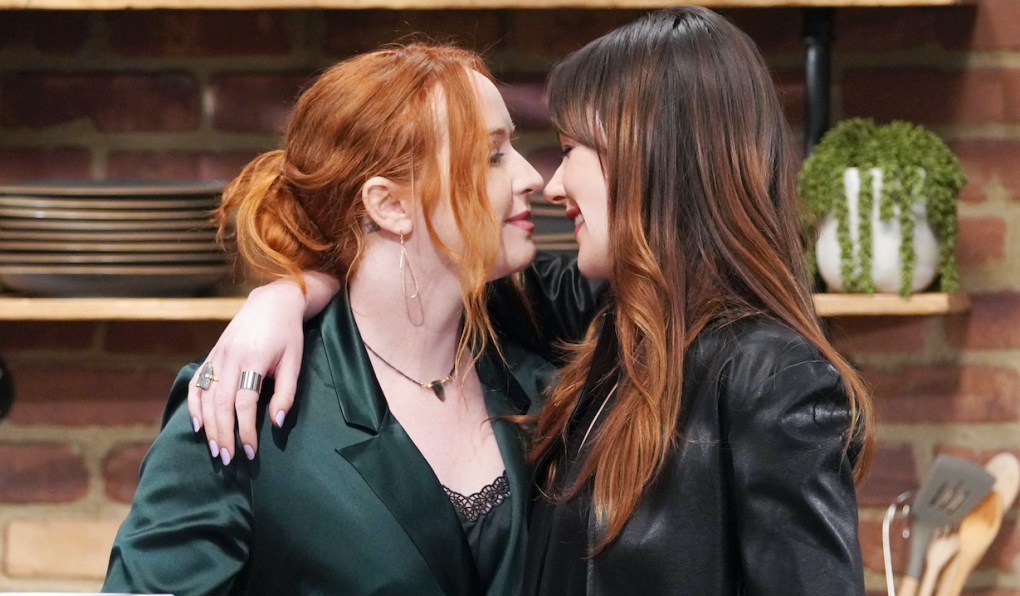 Dearly beloved, we are gathered here today to… Well, to go over Soaps.com’s latest The Young and the Restless spoilers for Monday, May 16, through Friday, May 20. Included among them — maybe you could have guessed! — are all the deets on Mariah and Tessa’s long-awaited nuptials. But on top of that, we reveal the tag team that’s formed by Diane’s “comeback,” the long-running character who’s about to kick her life into high gear, a potential couple in the making and the troubled soul who finds himself at a crossroads. Who’s who, and what are they up to? Read on — we’re holding nada back!

Young & Restless spoilers for Friday, May 13:

In Friday’s recap, Nikki engages in confrontation, Crystal arrives, Sally works Victoria and Ashland, and Victor wants Michael to get rid of Locke! 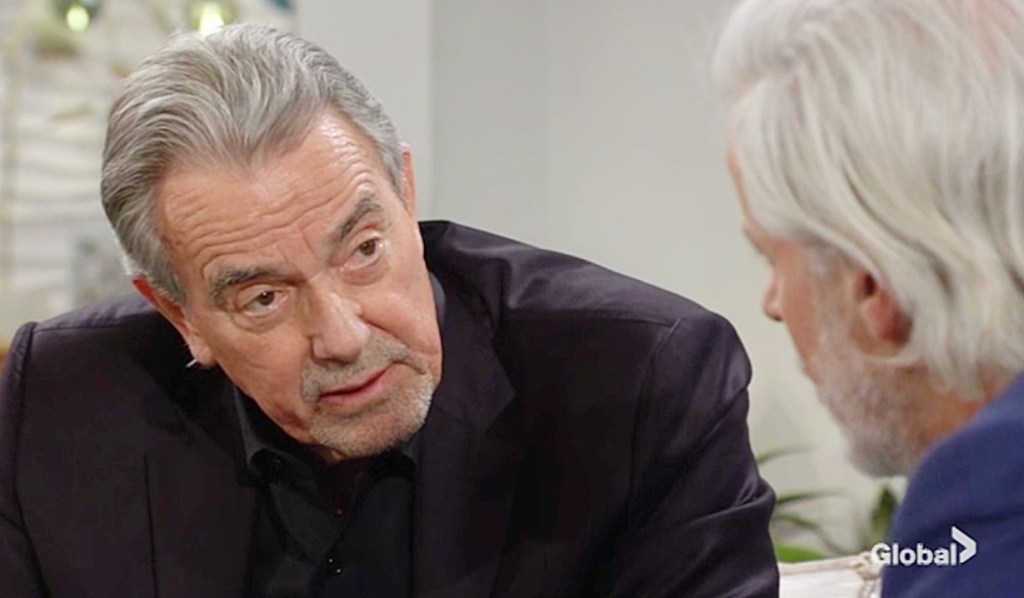 It’s undoubtedly Lauren’s aforementioned worst fears realized when Victor gives Michael a dangerous assignment. Will the restless attorney take the Mustache up on his offer or decline after deciding to heed the old adage, “Happy wife, happy life”?

After recently learning that sis Crystal is coming to the wedding, Tessa’s past catches up with her. Will she come to regret scheduling the wedding she so painstakingly planned with her lady love, Mariah, for Friday the 13th?!?

Ashland put Nikki on notice when they crossed paths at the Grand Phoenix and informed her that the Newmans would never get rid of him, short of murder. But will he be singing a different tune this time around when Victor’s wife gives him his marching orders?!?!

Young & Restless spoilers week of May 16:

Young & Restless spoilers for Monday, May 16:

In Monday’s recap, Tessa tries not to sweat a crisis, Noah meets Allie, Mariah and Tessa make their way to the altar, and Phyllis and Diane square off over Jack! 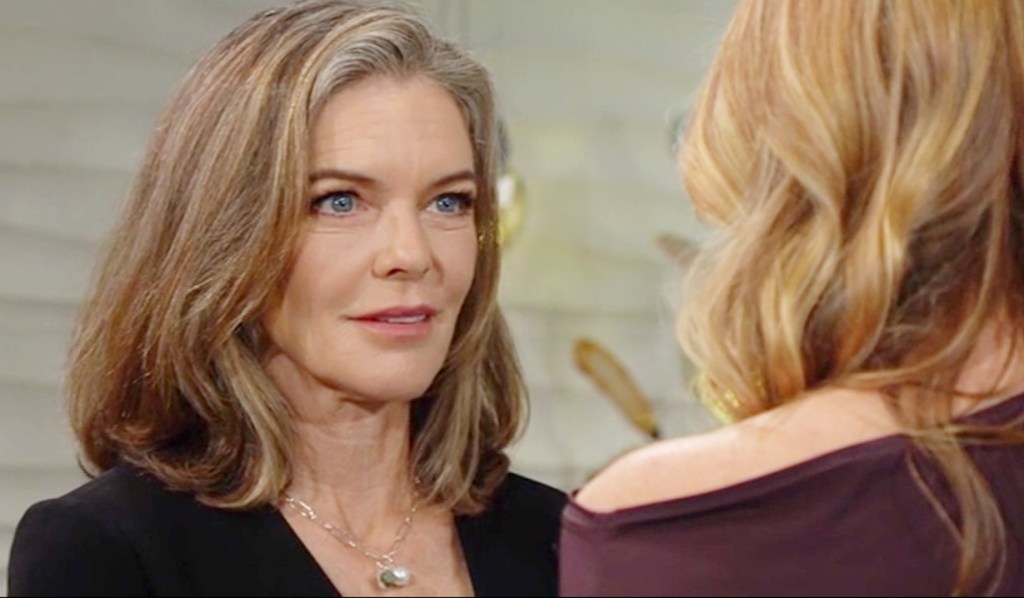 Young & Restless’ Hunter King talks mental health and shares a cute photo that might actually help our own!

It wouldn’t be a wedding day without a whiff of disaster in the air, now would it? But we have a hunch that “Teriah” will muddle through to “I do” even as Tessa faces an unexpected crisis while she and Mariah prepare to walk down the aisle.

Young & Restless has the perfect opportunity to make Noah a love connection at ‘Teriah’s wedding — and it’s not who you think! Plus, Mariah and Tessa’s wedding album, unveiled!

Young & Restless spoilers for Tuesday, May 17:

In Tuesday’s recap, Mariah and Tessa officially wed, Summer brings Allie to the reception, and Diane spies on Kyle! 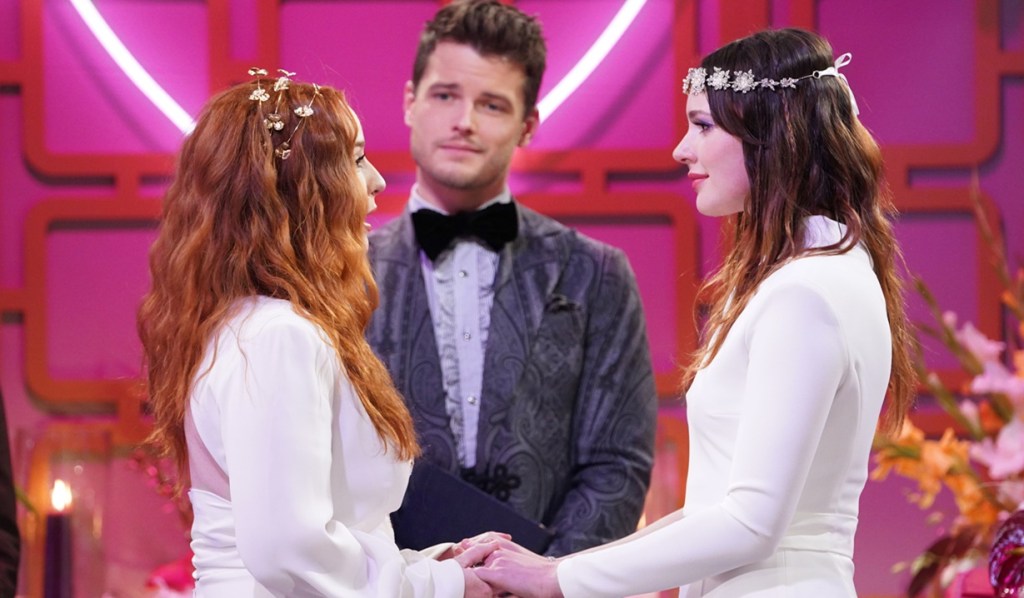 Hope you RSVP’d “yes,” because today’s the day: Family and friends gather to attend Mariah and Tessa’s wedding.

Young & Restless spoilers for Wednesday, May 18:

In Wednesday’s recap, Summer gives Kyle her unfiltered opinion on his mother, Sharon and Nick stun Mariah and Tessa, and Phyllis kisses Jack after screaming at Diane! 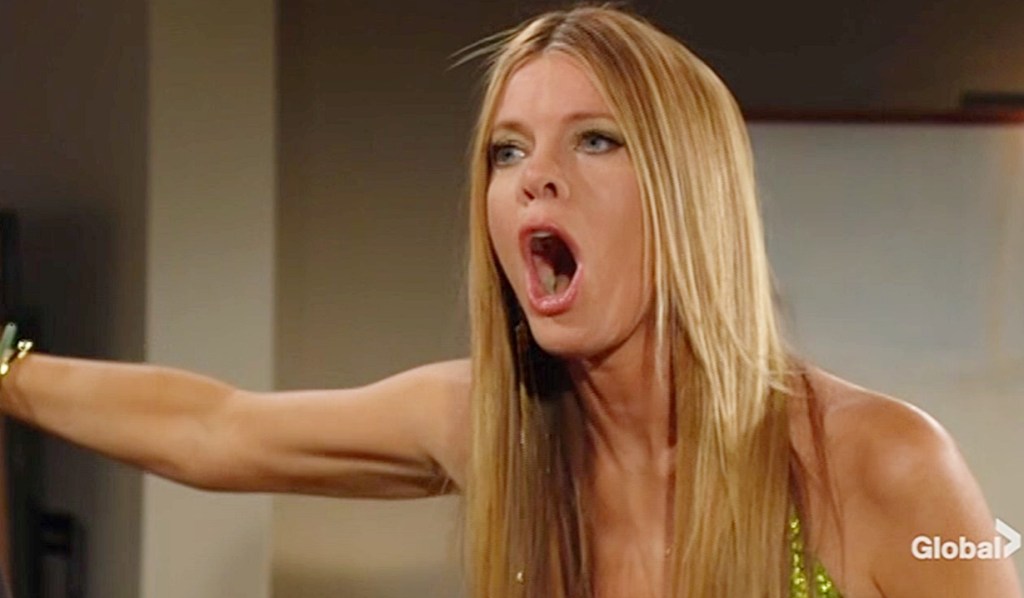 As the “I do” to-do of the year continues, Tessa and Mariah — and, presumably, viewers — celebrate their love. And we didn’t even have to pop for a toaster for the happy couple!

There’s always one, isn’t there? But when an unexpected guest crashes the wedding festivities, will it be one of the good kind… or bad? Whatever the case, you can follow the path that “Teriah” walked to happily ever after via our photo gallery that retells their whole love story.

From dusk till dawn: Camryn Grimes walks us through ‘Teriah’s’ whole wedding day in a revealing behind-the-scenes-video.

Young & Restless spoilers for Thursday, May 19: 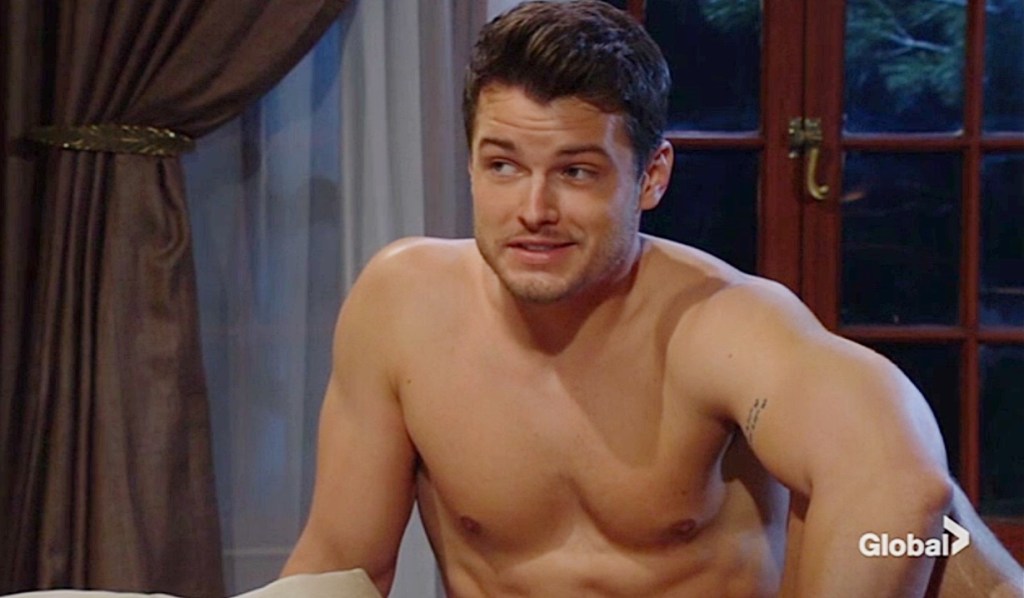 Find out why Candace feels bad about shipping *this* potential Young & Restless pairing after a particular scene at the wedding!

If Phyllis catches Jack off guard, and she does, the possibilities are unlimited. Will she be taking an eyebrow-raising new stance on Diane, revisiting the romance they resolutely vowed not to start up again, or will she give her ex-husband pause over something altogether different? See — a plethora of options!

When Noah turns on the charm, we can only imagine that it’s pointed in one direction. Heck, we’ve been predicting this eventual pairing since a certain someone was cast. But wait… might Noah be interested in *this* guest romantically instead?

Young & Restless sweetheart issues apologies and explanations, though everyone understands that “we have had some big changes come our way.”

When Kyle faces a major decision, you can bet that it has to do with his back-from-the-dead mother. Despite the hurt that she caused him, will he decide to take a walk on the wild (read: dangerous) side and allow Diane to have contact with Summer and Harrison?

New movie alert: Conner Floyd (Chance) flirts with danger as a General Hospital sweetheart goes sinister… or does she?

Review a Who’s Who of the soap stars daytime most needs back in the below photo gallery of much-missed actors from Young & Restless and all the shows.