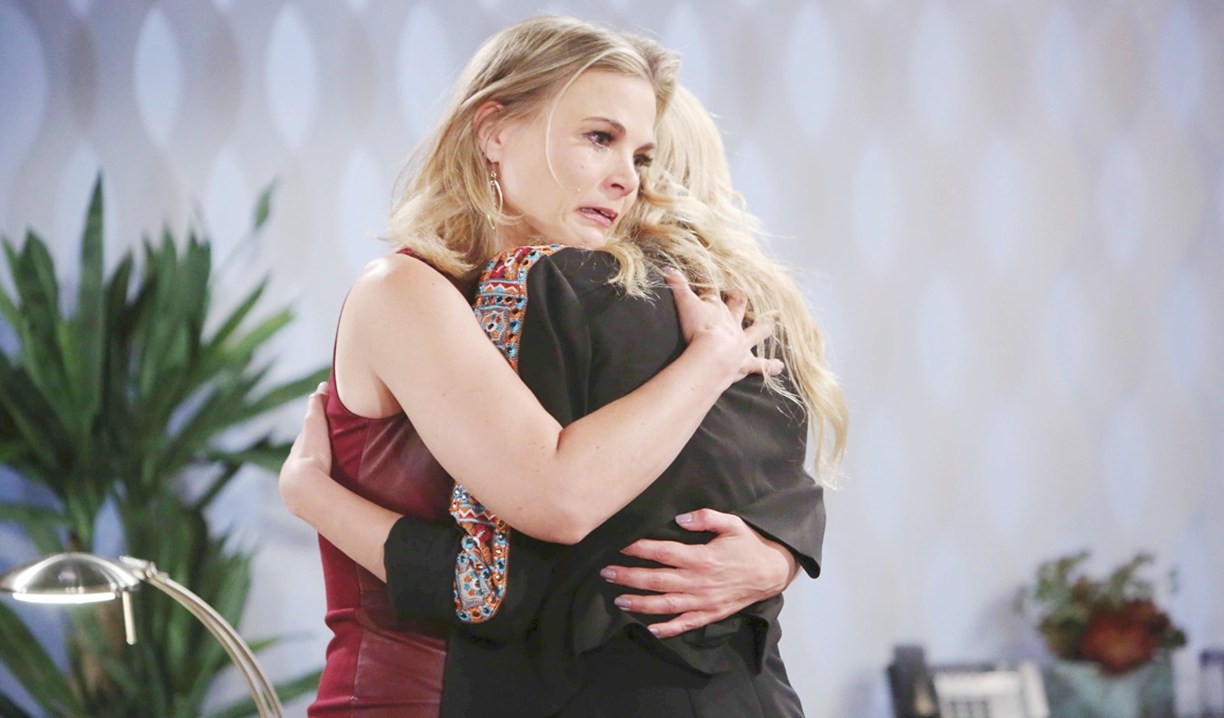 This week the Abbott family members’ messes were in the spotlight (and only getting messier what with the safe development, I’m sure), while in other happenings it looked as though trouble was brewing for Lily and Cane, and the cryptic note storyline was taking little jumps forward after Nikki sent the blackmailer a dollar and he responded. Notably, Victoria’s anxiety is gone again. Anyway, sudden forgiveness proved to be a theme, and it wasn’t all that popular with fans. Thoughts:

In the last Deconstructing Y&R, Ashley’s cutthroat tactics had fans torn. In Soaps.com’s poll, a majority of respondents loved the scenes between Ashley and Jack regardless of whether or not they believed Ash’s actions to be out-of-character, but 36% said they thought it was too cruel and they hated the plot all-in-all. What took me aback was the calculated cruelty, which didn’t seem to be Ashley, not where her family’s concerned, but given her history, snapping wasn’t a stretch at all. This week, I was fascinated that Ashley maintained her stance of having no regret, and insisting she’d do it again. Playing it as Ash feeling completely justified in putting Jack through emotional torture as payback was both unsettling and intriguing. What was disappointing was Jack’s abrupt decision to forgive her…there was so much more to play between them before ever getting to that point. Fans expressed frustration:

The worst part is this is happening in every story. Devon forgave Lily in a week, Jack decided to forgive Ashley at the end of the same episode, Phyllis apologizes to her demon spawn after 2 segments. These writers are wasting EVERY damn story and it’s really a turn off

What fabulous drama as Phyllis went snaky after Billy coolly announced he’d had sex with Summer to get back at her and Nick! Summer, for some reason, was floored by this news (please), and left them to battle it out. It was stunning, and we could only imagine the long and winding road to getting past all of this, not only for Phyllis and Billy, but for Phyllis and her daughter, but wait… As Billy was out at the Club bar admitting to Cane that he’d gone too far, and Phyllis was sobbing her heart out alone, Summer returned to her mother, and instead of a blow-out, they held hands and declared they were both better off without that loser. What? While I can understand Phyllis, as a mother, being upset that a man had used her daughter, there would still have been way too much pain, disappointment, and anger toward Summer, who pursued Billy up to this point, to ever get to forgiveness and a Kumbaya moment this quickly. Once again, a lost opportunity to play out weeks of drama. A pattern is emerging of the headwriter going for huge, shocking cliffhanger moments, with disappointing follow-through. What’s the rush? The soap is on every day…take the time to play it out. Fans expressed their varying thoughts:

A total waste of time. I am so mad. This is Phyllis’ daughter. Yes, she would eventually forgive her, but five minutes after?? Same with Jack/Ashley. I don’t buy it. What Summer did was reprehensible & the writers never really gave us a motive! Such a fail.

@malyoung Try these lines..
Phyllis to Summer..
“Why would you do this to me? Why do you hate me this much?” Summer gets NOTHING for what she has done to Phyllis since she came back up GC!! It’s maddening ? #yr

I don’t feel bad for Summer or Phyllis cause they did to themselves, but I’m glad they can be there for each other. #yr

Phyllis is a mother FIRST. She should never put some man or #Philly, who she wasn’t even married to, before her child. You don’t use and hurt someone’s kid, I don’t care how bad their relationship is. Any mother would defend their child and hate the person who hurt them. #YR

While I wasn’t feeling Kyle’s ‘poor me’ bit in relation to the DNA plot, his confession that he’d set up Billy to gamble made for some tense scenes with both Billy and Jack. Kyle seems to have a recurring issue with making judgement calls…and not just at work. When Summer showed up on Kyle’s doorstep looking for a shoulder to cry on, he couldn’t send her away…even though he was in the middle of a date with Lola. I was torn – good on him for being a stand up friend even though Summer’s mistreated him, but also, as Mariah said, it’s like he has ‘Property of Summer Newman’ tattooed on his butt, and that’s a turn-off. To Kyle’s credit, he did send Summer on her way with some advice and went looking for Lola, but, eek, I see a triangle coming. With 50% of Soaps.com readers polled preferring Kyle with Lola, and only 10% wanting to see him with Summer or someone else, it may not be a popular storyline, and I think it’s because there’s no rooting value for Summer given that she’s done inexplicably horrible things with no acceptable motivations.

We caught a glimpse of some of the Winters family members with Nate visiting Lily, touching base with Devon, Charlie and Shauna, then lecturing Cane. I wasn’t really into Nate sermonizing, but was curious as to where the storyline is headed with the Ashbys, as Cane’s struggling to cope with the changes in his wife since she’s been behind bars. 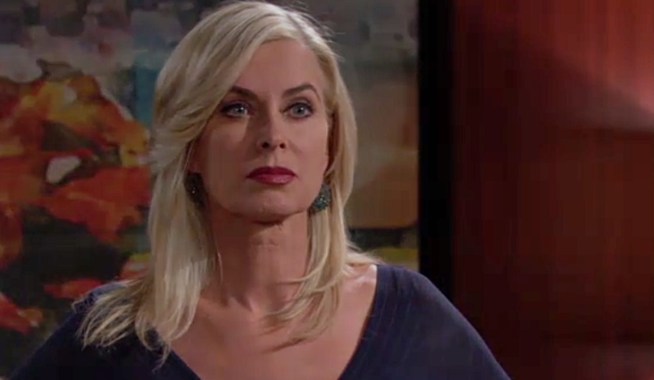 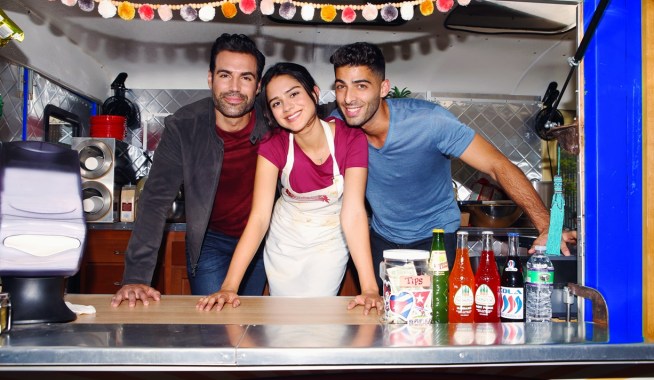