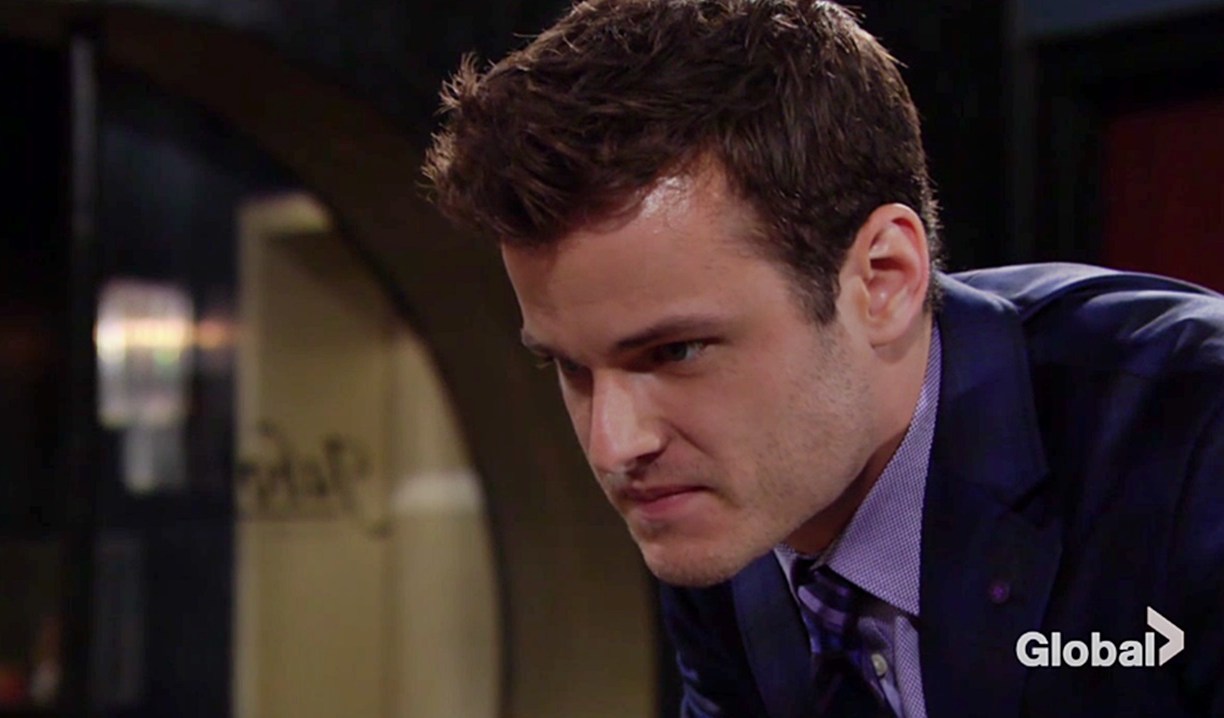 My favorite happenings of the week included Sharon graduating (or the idea of it anyway) and Kyle implementing his plan to bring down Billy. Even though I think it will backfire on Kyle, his character continues to be interesting and multi-faceted, which is a much-needed plus right now. The move also brought the twist of the intervention, which I’m definitely anticipating. Thoughts:

I appreciated Victoria not beating around the bush about Billy’s gambling addiction and acknowledging she knows how Phyllis feels, and Phyllis’ honesty about Vegas and her feelings felt like a turning point. I’m looking forward to Traci’s intervention. As for the Phyllis and Summer stuff, there was another attempt to explain Summer’s betrayal of Phyllis, and it might have flown if Phyllis had done something to her, but Summer wanting to hurt Phyllis because she cheated on Jack is bunk.

Also in the category of ‘doesn’t make sense’ is the entire premise of Victor’s angry visit to Jack at the Abbott mansion. Why would he accuse Jack of coming after Newman Enterprises when that company wasn’t Albert Miller’s? Victor created it, and Jack would have no claim on his half-brother’s company. As much as I like a good dust-up between these two rivals, this plot arc really isn’t working for me, as it feels like simply a means of dragging out Jack’s paternity story longer. Consequently, Matt Miller’s return wasn’t especially riveting either. I did giggle when Jack tried to swipe the napkin from the Club, and when Victor was rolling his eyes at Matt as he challenged him to provide Jack with DNA.

I loved seeing Sharon graduate, though it was a little out-of-the-blue and rushed through…they didn’t even bother to mention Faith or Noah, and Nick throwing an after-party at their house with no one in attendance but him and Mariah was weird. As impressive as it was to follow through on this storyline about Sharon’s growth, it was then turned to Paul and Rey targeting her as the ‘weak link’ (though she may very well be) for the job at GCPD. I’ve a feeling the storyline will have Rey falling for her and thus becoming conflicted, as there’s been an emphasis on his tendency to get personally involved in his work. Fans weighed in on the graduation:

Was she the valedictorian? Where were Faith and Christian? How about a phone call from Noah? It's good that there's some character growth for Sharon, but you need to cultivate more female friendships on the show. A woman in her 40s would have at least 1 friend. #YR

Great speech by Sharon at graduation.

Beautiful toast from Mariah to Sharon.

Nick’s toast had great points, too.

Victoria turned to Nate again, which resulted in some lighter scenes of them dabbling in martial arts while joking. Nate’s ‘all-knowing’ aura still rankles, but was definitely toned down this week, so you could see the possibilities with these two, though the chemistry wasn’t intense. Nate was also more relatable in the scenes surrounding Shauna’s birthday, which featured the twins spoiling her, and Devon being super sweet with the surprise party, reading the note from Hilary, and gifting her with the university funds. Nice! Neil was notably absent from the party, and we still haven’t seen him interact with Lily since her incarceration. Odd.

As we watched Billy in full-on addiction mode it wasn’t hard to predict a downfall coming, and Kyle hastened the process by not only setting him up, but managing to strong-arm the world-wise Gloria into giving up the password to the financial records, then turning Billy in to Ashley for embezzling. Though I wasn’t entirely sold that Gloria would give in to him, the scenes were terrific. Anyway, Kyle’s power moves haven’t always panned out exactly as hoped, and something tells me this could backfire when people realize he set Billy up. Viewers reacted to Kyle’s maneuvers:

Billy should put that traitorous dog Kyle in the ground right next to JT Hellstrom. ?? #YR

Im so in love with badass Kyle. His scenes with Gloria was epic. #YR

Kyle only opened the door. Billy rocketed in with glee. Billy is the only one to blame. After all no one blames the bartender, they blame the drunk. This isn’t any different. #YR

In other Kyle-related commentary, while we didn’t see their date yet, in the last Deconstructing Y&R, a Kyle and Lola pairing seemed intriguing. Let Soaps.com know what you think by voting in our Kyle Abbott and Lola Rosales poll.