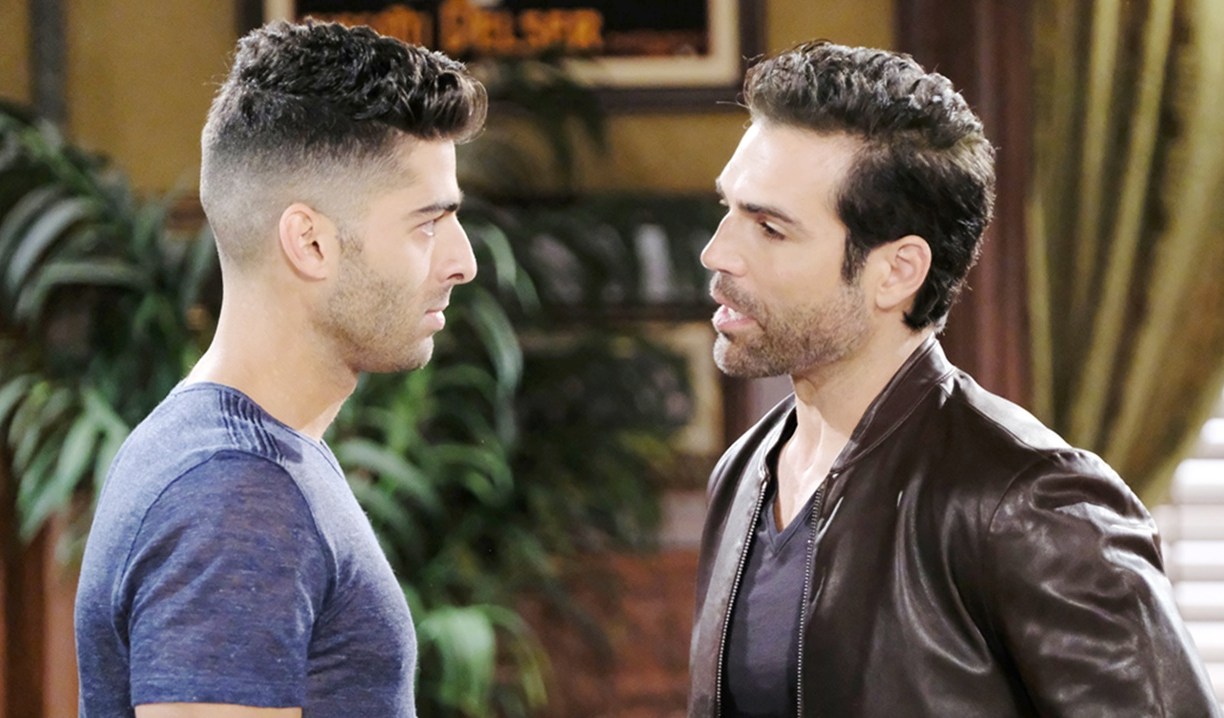 At risk of repeating last week’s sentiments, despite regular brilliant performances from the actors in some individual scenes, overall the show has a negative vibe, and it’s worrisome there isn’t a current storyline that I feel truly excited about or thoroughly engaged in. Thoughts:

While the delivery of the speeches and the emotions in the courtroom scenes were excellent, as mentioned in the last Deconstructing Y&R, the aftermath of Hilary’s death has been disappointing, and things now look a tad bleak for the Winters family. Speculation is rife that they’ll get far less screen time, given that Mal Young confirmed the Rosales family will grow, and with Lily in jail and Devon still grieving. Additionally, Nate has yet to catch on with viewers, largely due to the way he was introduced, and repeatedly being injected into other characters’ stories to act either as their conscience or a know-it-all type. His recent softer scenes with Victoria showed a more promising side to things, however.

While Arturo remained out-of-town, avoiding Rey, and by extension Abby, that meant we had scenes with Abby foot-stomping and interrogating Rey. Not appealing. Despite the suspicions surrounding his investigation, Rey continued to work to get closer to the suspects…this time Nick. I’m hoping something significant happens soon here. As for seeing more of the Rosales family, I don’t mind Rey and Arturo, but bringing in newbies attached to these non-core characters while veteran characters lack story and screen time is a gamble to take with Y&R viewers.

I like Arturo, but I don’t wanna have to lose the Winters family so we can get his. Why doesn’t it have to be one or the other? There can’t be two minority families in a soap town? Say what you want about #Passions, but James E Reilly gave us diversity #YR

Soap fans always have a difficult time accepting new families. Getting rid of the Winters-Ashby family for the Rosales family is going to make it worse. Fans will resent them. This should be obvious for people with more than two brain cells to rub together. #YR

24 years and we're STILL waiting for Sharon (a main character) to get a father, sibling even cousin that she'll never get…. but Mal is creating a whole entire family NO ONE ASKED FOR centered around a supporting character who no one cares about. #YR pic.twitter.com/BtltYtJGNM

I love the relationship with Dina and Kyle, which lends another (adorable) layer to his character, as he could otherwise just come across as a weasel. Though it’s annoying to trot Dina out when it’s convenient, such as creating conflict in the house with Phyllis, or as a reason to move Jack back into the mansion since Billy and Phyllis are there, the scenes with her spectating while Phyllis and Summer had it out were absolutely entertaining. It was amazing to see Phyllis and Summer go at it, yet viable reasons for Summer’s behavior aren’t going to materialize, and I’m over her current issues. Her haranguing Billy is migraine-inducing at this point, and it doesn’t even make sense that she’d still be welcome working at Jabot. Billy trying to normalize his gambling was a twist, considering Phyllis had to applaud his honesty while also dealing with the fact that he’s heavily in denial and spiraling. Again, the acting and scenes were top notch, as Billy’s high-strung mood conveyed not only that he was riding a wave, but also a sense that just one thing going wrong, say, Ashley and Kyle busting him, or finding out about Phyllis and Nick, could cause a huge crash. In related commentary, Jack’s renewed effort to learn the identity of his father caught my attention, but I feel like it’s going to be a series of ‘false alarms’ before we eventually discover he’s actually an Abbott after all.

Heart on the line

It was difficult not to feel bad for Tessa this week, as she tried to be as polite and inoffensive as possible in the face of Sharon’s skepticism, yet one couldn’t help but think that Mariah is going to get hurt by her situation somehow. Mariah is putting herself out there as much as we’ve ever seen and it will be quite a setback if something goes wrong.

The blog states my opinion. Please feel free to share your thoughts in the comments. 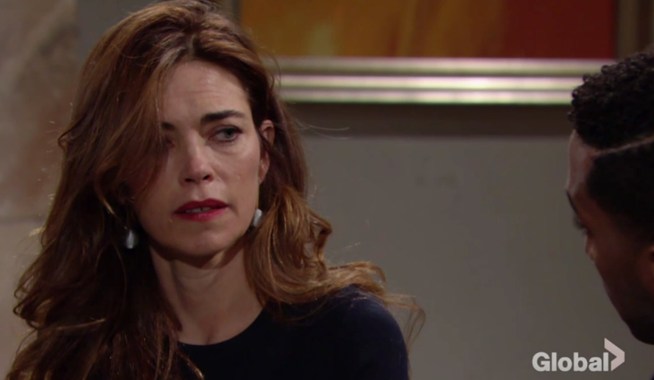 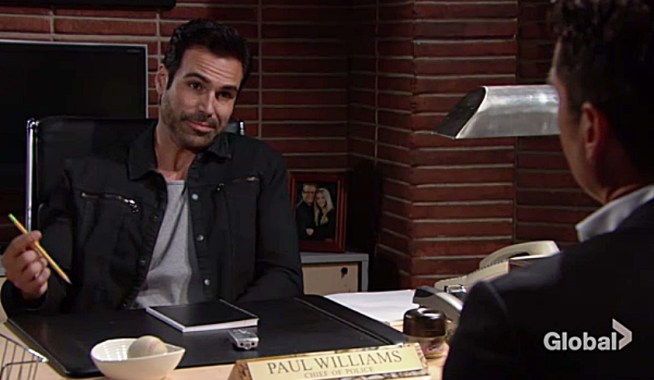