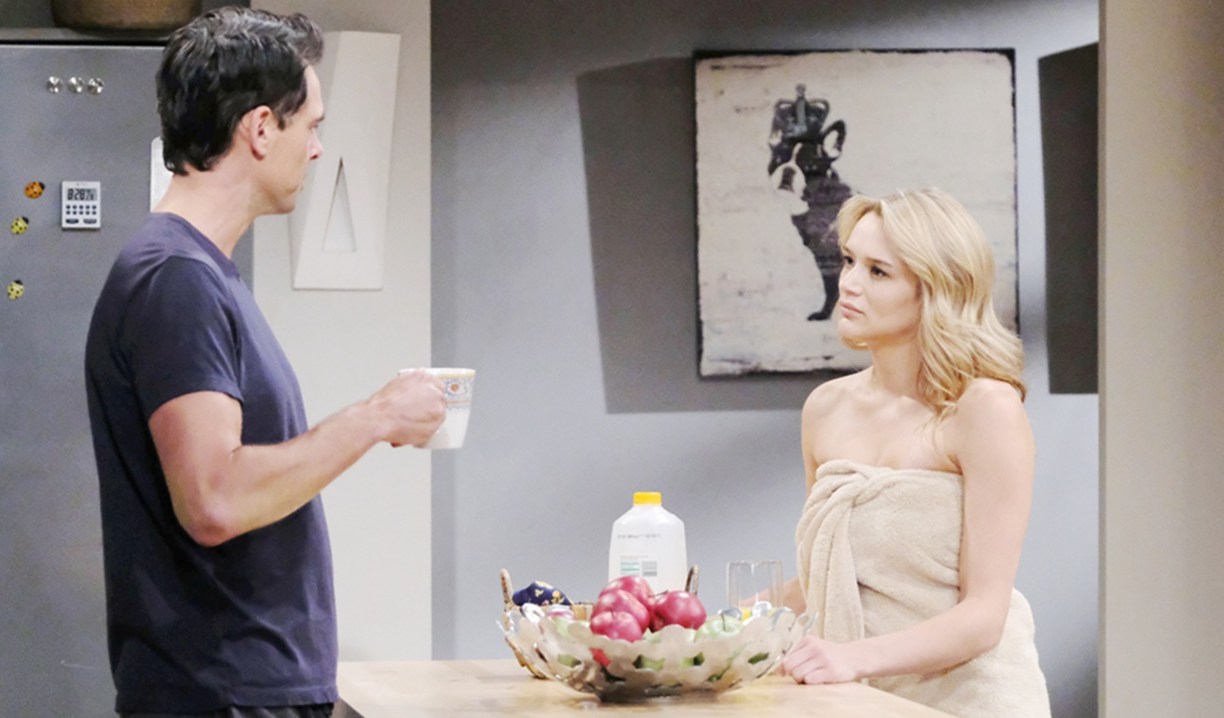 It’s been non-stop drama with Devon and family, and the other main storyline offerings had some significant issues. Thoughts:

Devastating consequences.
In the last Deconstructing Y&R, Devon’s outrage fueled big drama with his family members, and that continued as Devon attempted to fire Lily, and Lily turned herself in to the police and learned her consequences could be devastating. Appreciably, this story is moving steadily forward, yet beats are being played, like Cane’s treatment of Shauna coming back to bite him, the discussions about GC Buzz, Neil reminding Devon of his own car wreck, and Lily asking Cane how he’d feel if the tables were turned, etc. While the fallout from Hilary’s death may have long-term ramifications for Devon’s relationship with Lily and the family, the current drama is bound to be resolved soon – Lily’s either going to jail or not (not would be my guess), and then what? The upside is that all performers involved continue to sink their teeth into this material in the meantime – Lily was positively shaking after getting the call from Michael about the charges, and that’s just one example – a boon for viewers!

Motivation station.
Phyllis has had a lot going on in her orbit – some things she’s aware of, and some she’s not – but a couple of the biggest plot points have viewers baffled. Summer is determined to bed her mother’s boyfriend, but her barely-there motivations are beyond insufficient, there’s no basis for her doing this to her mother, but worst of all, she doesn’t show even a hint of feeling bad about it – in fact she took Kyle’s bet like it was good fun. Based on polls and feedback, this is not working for a majority of the audience. Another case in point – a week ago, Jack urged Phyllis to give Billy another chance and to help him through his addiction just as she’d supported Jack through his. Jump to this week and suddenly he’s sneering about Phyllis getting back together with Billy and out of the clear blue sky he’s still in love with her! This swerve was jarring for fans, and whether it was merely a plot point to enable Summer’s scheme, or is playing into something larger down the road, it was terribly executed (despite the brilliant acting). Viewers sounded off:

I literally have whiplash from the change in plot points in the Philly story day to day. When did Phyllis send mixed signals on screen? Wasn’t Jack encouraging her to give Billy another chance a week or so ago? I can’t keep up and I have no idea what the story is supposed to be!

Character motivations are easily the weakest link of this writing team. I have no idea why any of these characters do the things they do, it all comes out of left field. I'm supposed to believe Summer wants to blow mom's relationship just for 1 good, cheap, no strings hookup????

In related commentary, Kyle being such a pushover when it comes to Summer isn’t a good look either. Give him a hot hook-up already – it’s been months! As for the business story, I’m loving seeing more of Lauren (seeing Lauren with Michael had fans gasping!), and Billy coming up with a progressive idea backed by solid research is a nice twist on the usual. That said, 73% of Soaps.com readers polled did not like the name ‘Jaboutique’ for his latest project. Along with the yacht, ‘Jaboat’, it’s getting a tad cheesy.

Shade shifters.
The JT storyline continued to loom, and with others routinely walking in on the women talking about it, who knows what snippets have been overheard or what will happen next. Meanwhile, Nikki continued to try and iron things out between Victor and Nicholas, this time by making an appeal to Sharon. Love the dynamic between these two, which can shift from the verbal sparring to protective without missing a beat. It was interesting to me that Sharon chose to support Nick rather than join Nikki’s crusade, which would have helped her stay in the house on the ranch. She’ll be spitting mad if she gives up her house and then finds out he had sex with Phyllis! Meanwhile, Victor’s attempt at patching things up with Nick so he could see Christian didn’t go so well either, as he went from ‘As my son, I love you’ to ‘I have compiled a dossier to destroy you’ in under thirty seconds. Oh well, maybe next time…