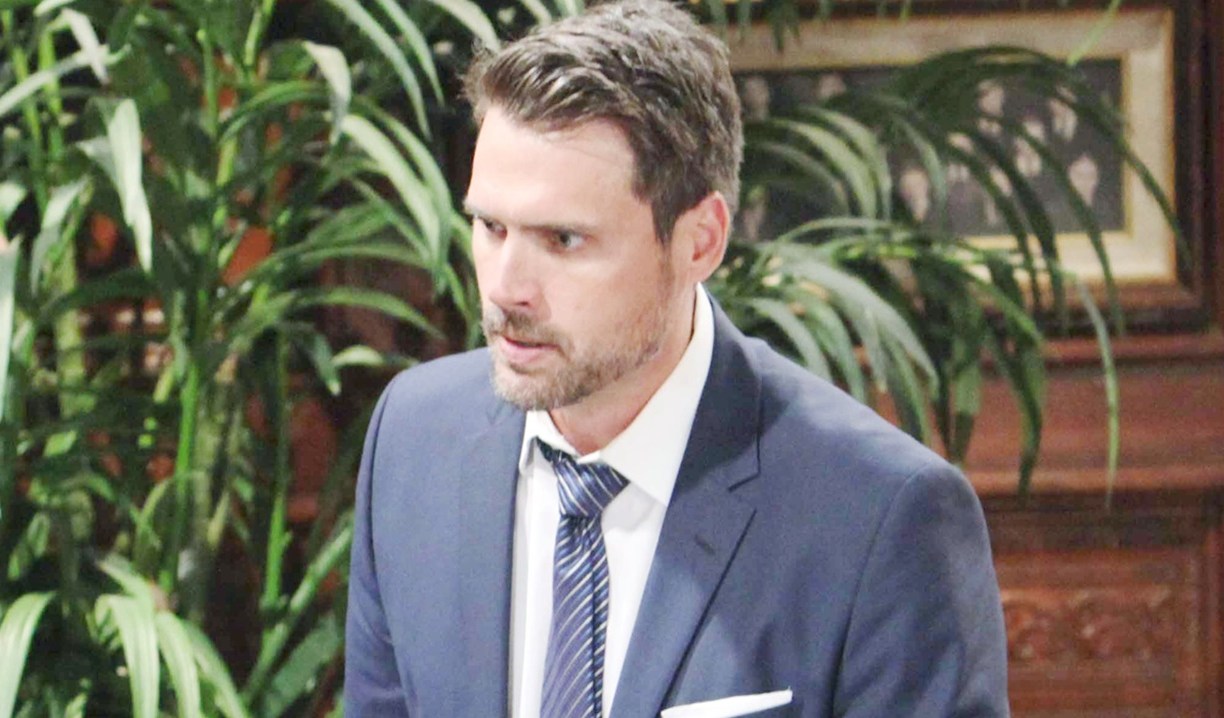 The feel of the show took a downshift as the darker side of family drama featured heavily. Even the romantic high point – Devon and Hilary’s passionate reunion – was bittersweet as Mishael Morgan’s impending Y&R departure was confirmed. Thoughts:

The mystery continues.
The latest developments in Jack’s storyline were eye-rollers – Neil conveniently found a box of Dina’s journals stashed at Hamilton-Winters Group, the very page Jack needed to read was mysteriously missing, and then he found a key that he deduced could be a clue to his paternity. Sigh. While I’m no Nancy Drew, this increasingly reeks of Victor, who is no stranger to messing with diaries, could have DNA tests doctored easily, and finally, who spent time with Dina (at the ‘Winter Formal’) before she came out with this revelation about Jack’s paternity. That could be as far off base as my theory in the last Deconstructing Y&R, that Dina’s lover was actually John, but time will tell. Notably, Kyle didn’t seem to have any interest in discovering his true roots, which puzzled me, given that he could be related to someone very powerful or wealthy, but at least he’s joined the search for Jack’s sake. In related commentary, I’m enjoying Kyle more now that he’s settled in to a degree and look forward to him getting a love life.

Custody conundrum.
Michael told Nick that the arbitration would be ‘final’ and binding, but the arbitrator then made a temporary decision based on the supposedly risky prospect of leaving him with Sharon. The decision provoked a lot of varied viewer reaction ranging from those who were outraged to those who felt Nick got his just desserts. I thought it was odd, given that Sharon’s mental illness is under control, and Victor, who is both notorious (though his crimes weren’t brought up) and elderly, clearly cannot even manage stable relationships with his adult children.

It's about time! Glad self-righteous Nick ended up losing today! Victor wouldn't have gone there if he hadn't threatened him with not seeing Christian. He's so arrogant! I love #Shick, but its about time Nick got sat down for a change! @EBraeden @Josh @CJLeBlanc @YRInsider #YR

On the plus side, the drama has been excellent. Even though we’ve seen Christian handed over before, the emotion was full on tissue-time, and Nick’s confrontations with Victor and his new attitude toward his father is, well…exciting.

Nick (to Victor): This is the moment, where you begin to lose.
Me: Oh Please Loooord let this be true. I am HERE. FOR. IT.#yr

The ick factor.
I’m not feeling this scenario with Summer hitting on Billy, which is all sorts of uncomfortable. Most importantly, it makes no sense that she’s returned with this level of animosity toward Phyllis, who she was on good terms with when she left town, and who she’s apparently had little contact with while away. Why is she doing this? Nevermind that she thought of Billy as an uncle for a time…I just don’t get it.

Reunited.
Hilary made a misstep with Shauna while striving to get time alone with Devon, but quickly owned it, and it all panned out… not only for her and Devon, who finally gave in to the passion that’s been bubbling beneath the surface for weeks, but for Charlie and Shauna, who took a cue from her mentor’s book and pulled teen Ashby into a kiss at the coffeehouse. Loved it. Of course, there was no bigger harbinger of doom for Hilary than being easily accepted back in Devon’s life by Neil, Cane, and Lily. The writing definitely took a swing there in anticipation of her exit. Anyway, in other ‘feelgood’ mentions, Arturo’s ‘this is me not walking away’ kiss with Abby, followed by him facing down Victor was pretty hot – I’m actually into this. Here’s hoping it keeps up.