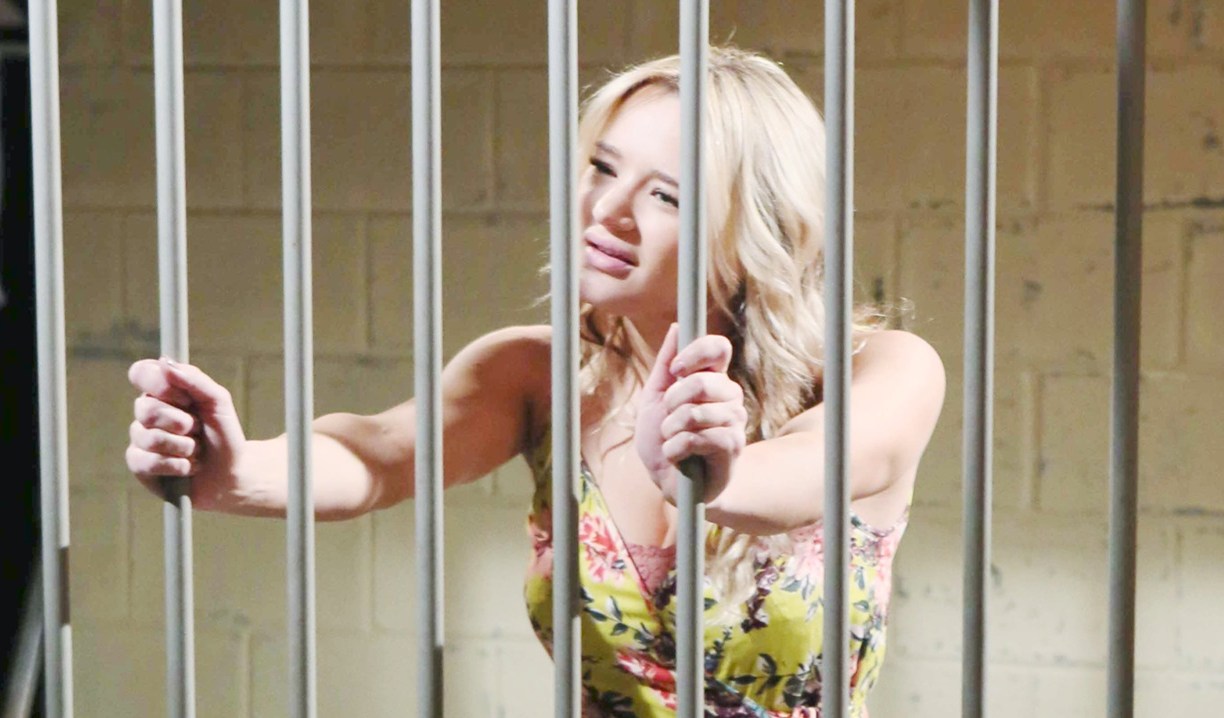 Y&R’s gearing up to summer, and the resurgence of the younger generation with the parties at the Dive Bar could end up being a nice contrast with the ongoing drama from the Jack and Victor crowd. Thoughts:

Tie-in?
While the Nick and Victor custody storyline undeniably comes with a sense of déjà vu, but it has me speculating on how (or if) it will play out, or whether it could be derailed midway through by a revelation about JT. With Brittany acting as Nick’s lawyer it would be a perfect time for a shocker that not only pertains to her, but also involves the main players surrounding the custody battle. It might completely change the game as Nick and Victor could be forced to work together to protect Nikki, Sharon, and Victoria, and the tie-in between the storylines is already appearing what with Sharon threatening to put Nikki in jail if she doesn’t get Victor to back off. In related commentary, it was disappointing that Victoria let Victor off with a mere warning about treating his kids like chess pieces – yawn.

Identity crisis.
Jack’s troubles remain engaging, from mustering up his playboy persona with realtor, Farrah DuBose (great chemistry there!), to opening up to Neil, to navigating an afternoon with Dina and managing his disappointment that she can’t remember his father’s name – it’s all good. I began to wonder if Dina can’t recall her lover’s name because it was actually John romancing her after discovering she was so unhappy – a huge stretch I realize, and there’s the DNA results, but eh, the best outcome is learning he’s actually been an Abbott all along.

It’s Summer time.
Summer blew back into Genoa City in an awkward/funny scene with Billy and Phyllis, and her reaction set the tone as far as her new attitude. It quickly became apparent that, as hoped for in the last Deconstructing Y&R, Summer’s character had been tweaked, to be less pouty and specifically, more of her mother’s daughter. In fact, that was even written into the dialogue, which made me laugh. After spending her first 48 hours in town flirting, getting arrested, and telling off the older generation, it seemed the change was a positive as you could see drama shaping up with Mariah, Kyle, and Tessa, as well as with Abby and Arturo (who I’ve strangely found myself rooting for, at least for now). Then things took a slightly different turn as Summer became more unapologetically entitled, and…ick…began eyeballing Billy. Viewers reacted:

Ew. Summer and Billy better not become a thing. I'm not here for this #YR

I think Billy and Summer banging is inevitable. I'm actually looking forward to it because you know Gina will put in work for the confrontation scenes. #YR

Wow, Summer is flirting with Billy. They are really going there – this is… I don't know how to feel about this. I'm interested to see where it goes. It might actually give something worthwhile for all involved. #YR

Family drama.
There was also a lot brewing at Hamilton-Winters Group as Devon asked Hilary to move in, and Neil took the penthouse across the hall – this irked me as it feels like he should be the last person giving Hilary a hard time, but clearly he’s intent on being a thorn in their side. Later developments saw Lily finding Shauna in Charlie’s bed – and that did not go over well! I laughed out loud when Lily marched the girl into the HWG offices; you could all but see the storm cloud over Lily’s head. After a family blowout, Grandpa Neil called for cooler heads to prevail, and it was established that Shauna would live with Hilary. This living situation took Devon by surprises and proved to be another bump in the road that Grandpa Neil had to smooth out, which was suspect as I didn’t buy Devon having a problem with it. In any case, it led to another close moment between Hilary and Devon, though Hil clearly wasn’t expecting to end up sharing Shauna’s room.

In related commentary, news broke that Mishael Morgan’s leaving Y&R, which puts a real damper on Hilary and Devon’s story of finding their way back together. Hilary is a dynamic and complex character that has overcome very questionable past writing to end up being loved by many and whom many love to hate – amazing to have on a soap. She has unexplored backstory, rivals, friends, and frenemies, and it just feels like a bad move. Sometimes hindsight is 20/20…it brings to mind Emily O’Brien, whose character, Jana Fisher, was the victim of bad writing then was killed off – a loss for the show that also hurt her character’s partner, Kevin Fisher, who struggled to find a storyline that ‘clicked’ as well afterward and who has now left Genoa City, with Greg Rikaart playing Day’s Leo.