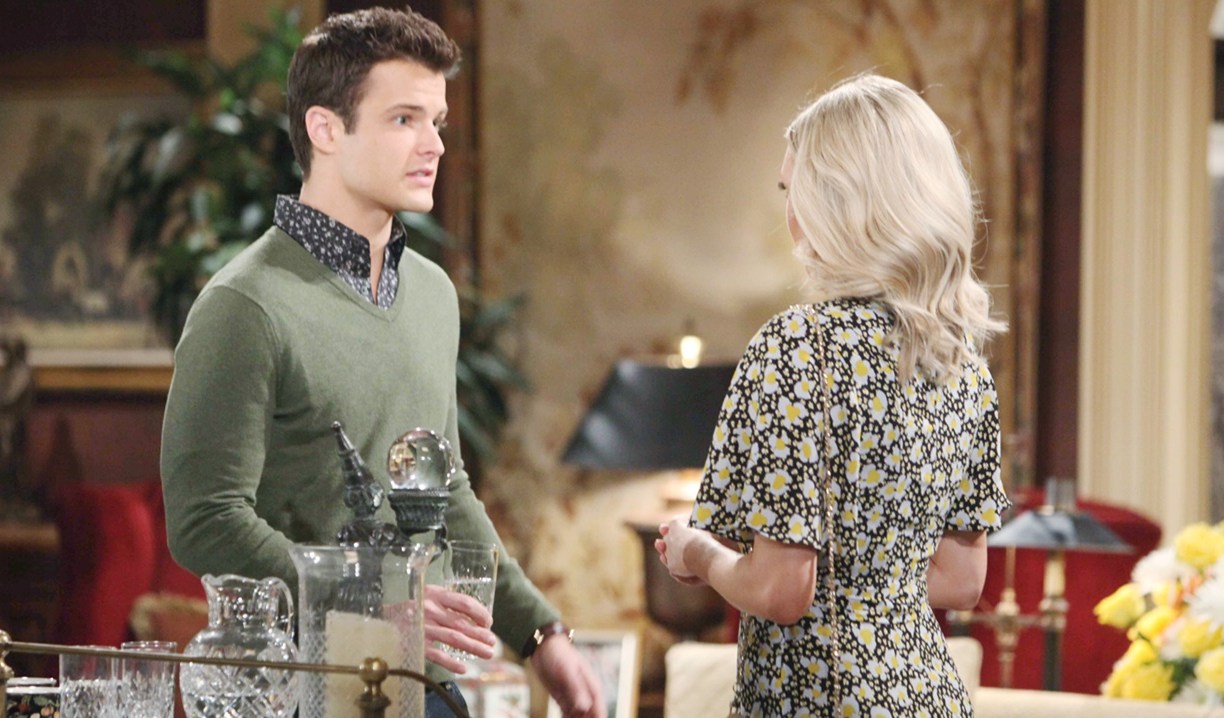 There were fewer unexpected twists this week, but Y&R was no less engaging, and there was plenty of drama and tension what with the four conspiring women and their secret, and that nervy Kyle Abbott scheming. Thoughts:

Secret-keeping.
The storyline of Phyllis, Nikki, Sharon, and Victoria keeping their secret has provided one turn after another, most notably, after Sharon appearing to be the one most likely to crack, it wound up being Victoria who needed to skip town to escape the pressure. At this point, with the slight variation in their stories, and the men in their lives (a) determined to find JT and (b) taking notice of the unlikely group’s new closeness, it’s only a matter of time before the secret is inevitably exposed. I can’t wait, yet as mentioned in the last Deconstructing Y&R, Nikki, Victoria, Sharon, and Phyllis’ new dynamic is a treat to watch, so I’m enjoying that thoroughly, and hoping it continues whatever the exposure of the secret brings. So far – spoiler alert – we know it will bring Mackenzie and Brittany’s return to Y&R, so that’s awesome. Going back to Sharon, it felt like the right choice to have her emerge stronger again. And how funny was the ‘temptation’ scene with her in her bra and panties in front of Nick? Yeah, the cold shower fix won’t last long…

More: Erika Girardi back to Y&R

Tell all.
Victor’s recovery has provided its share of entertainment. From the hilarious sight of him pumping iron alongside his nurse and secretary in the stables, to him blurting out to a startled Neil that he and Nikki had an open marriage (I giggled), to his scary collapse, there was hardly a dull moment. Within a day or so, he was out of the wheelchair, Helen and Arturo had been dispensed with, and he was off out the door, all dolled up, to go flaunt his alliance with Kyle in the Club dining room. Billy catching Kyle with Victor and calling him out was satisfying, but rather than shaming Kyle into behaving, it seemed to push him to betray his father even more intently as he soon offered Victor the paternity secret to take down Jack. I don’t feel the solid reasons for Kyle’s extreme level of bitterness toward Jack are there, and sense he’s not actually ready to run with the big dogs, yet he remains intriguing, perhaps because he has that ambitious, ‘bad boy’ attitude and confidence (or over-confidence). Kyle definitely had fans talking:

This whole Kyle vendetta against Jack is DUMB #yr

Kyle maybe sketchy and obviously have some sort of motivate but good God he ain’t bad to look at ?? #yr

Kyle is what I'm enjoying the most about #YR lately. Michael Mealor was a great find.

I’ve got a secret.
Hilary ruminating on the inadvisability of telling lies and keeping secrets felt a bit foreshadow-y. If she’s caught out, Hilary should skip trying to justify it and own it. Then I’ll be hoping for a ‘turning point’ with Devon exhibiting some of his old intuition and seeing through Hilary’s subterfuge to the truth of how she’s feeling. Clearly between Phyllis’ remarks and his talk with Neil something changed for Devon, but will he go right back to rude when he finds out Hilary’s not actually pregnant?

Teen time.
Mattie struggling to come to terms with all that went down with Reed was so sweet and relatable. Nice family moments with Neil and Charlie as well. That said, these teens need more people on canvas their age, not fewer. I hope Reed will return down the road.

This is my opinion. Feel free to leave your remarks in the comment section below.