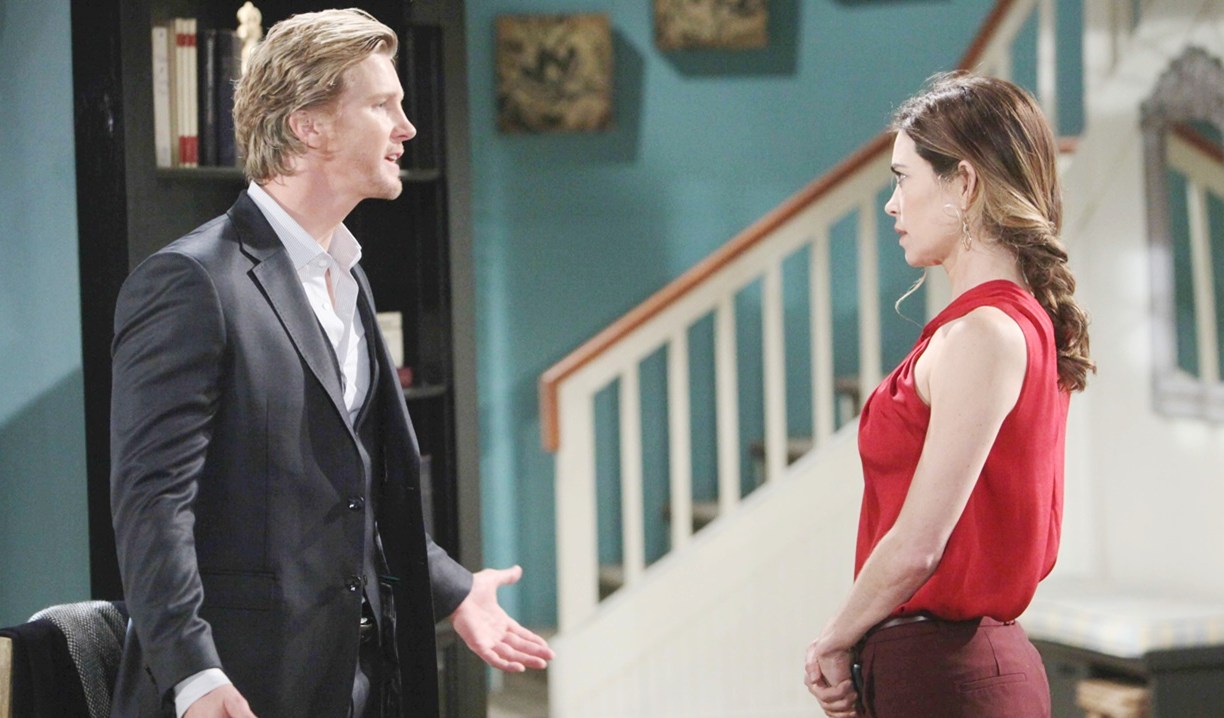 It was another whirlwind week as Y&R tackled the Christian paternity secret directly on the heels of Chelsea Newman’s departure, Devon came down hard on Hilary, JT got hit with a custody suit, and there was new drama with Dina. Thoughts:

Seeking answers.
As mentioned in the last Deconstructing Y&R, Chelsea made a dramatic exit from Genoa City, but I couldn’t help but question the decision to have the paternity secret revealed after she was gone, as it would have had a great deal more impact with her there, given that she was the one lying to Nick all along. It must have been written this way to drag out the next reveal – that Victor knows Christian’s paternity. In any case, Sharon blurted out the truth to Nick while scrapping with Phyllis, and Nick must be so used to hearing this sort of thing by now that he simply shuffled off to the DNA lab to get confirmation. Those were some solid scenes with Nick and Sharon addressing the past as well as his new reality in the hospital. Sharon comforted him exactly as Phyllis predicted, and later, Phyllis blamed Sharon for Nick’s misery…so the animosity between them continued like the ‘old days’, and though it actually seemed a little much at times given the circumstances, it was definitely good soap. What was not so good was Phyllis’ line to Billy about wanting to ‘pull a Victor’ on Sharon – considering Victor’s plot involving Marco devastated Phyllis, this is something I felt she would never say. Moving forward (at the speed of light it would seem), Nick decided to move in with Sharon, which almost certainly means they’ll end up back together, with the twist/risk being that Sharon will be mothering and getting attached to Christian again. Victor, of course, is the wild card. Viewers reacted to Nick’s decision:

I'll give it 5 minutes before they're have sex again..We saw this coming months ago..#YR

Why can't Nick just chill BY HIMSELF?? Take some time to recover…..alone. #Sheesh

You have just made my day. I love my #Shick! God I could just make out with @malyoung right now!! #BringOnShick #YR

Cruella Devon?
As pointed out on screen, if Mariah can tell Hilary is genuinely regretful about her actions, then Devon, who claims to know her incredibly well, certainly should have seen it. The cold ruthless demeanor just isn’t Devon, so his behavior felt off. In the nick of time, Devon discovered that Hilary was doing good deeds on her own time, which seemed a teensy bit contrived as it was the first we’d heard of it, but allowed him to see the light nonetheless. I don’t love her being so desperate for his forgiveness, but I understand why it matters to her so much. Here’s hoping he thaws out a bit more and they capitalize at long last on that chemistry.

Full custody.
JT was unappealing when he told Billy to ‘man up and shut it down’ referring to Phyllis’ obsession with the Chelsea situation, but later his behavior became a total turn-off as it became clear that he is verbally and emotionally abusing Victoria. Though it is important to bring awareness of the ‘red flags’ for abusive relationships, it’s certainly not easy watch old favorite JT as the abuser. It explains why Mac wanted a divorce and is seeking full custody, and Reed’s reaction to being questioned only compounded the feeling there was something wrong in that household. I’m sure we’ll find out more when Mac returns to Genoa City later this month. In related commentary, with Victoria and Jack conspiring, and Jack warning repeatedly that it would be a disaster if Ashley found out, one can only assume she will find out and the crap will hit the fan for Victoria professionally as well. Ashley’s probably already onto them and seeing them together at the bar confirmed her suspicions. I can imagine this blowing up just as Ashley and Jack grow closer due to Dina’s latest crisis. 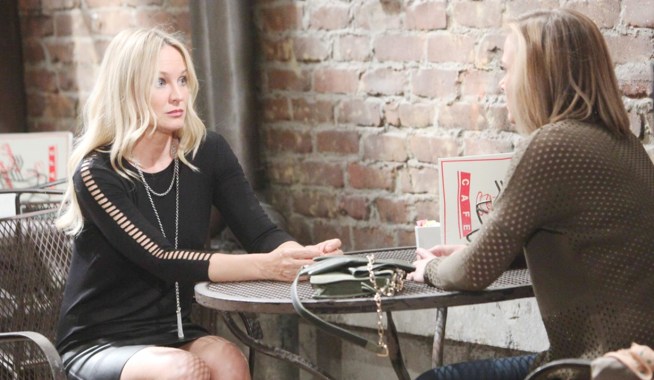 Deconstructing Y&R: Abby Clears Ashley, and Sticks It to Victoria 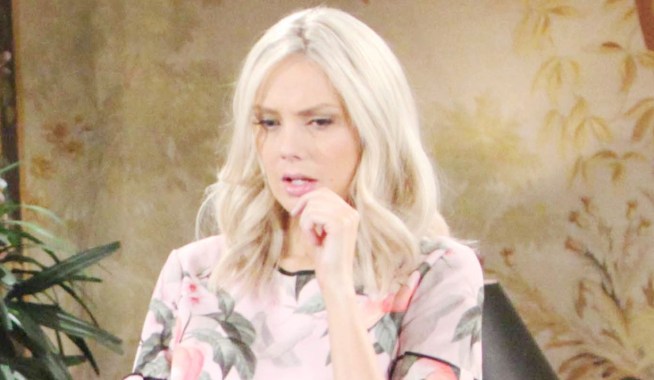