Deconstructing Y&R: Chelsea’s Story Intrigues As the Walls Close In 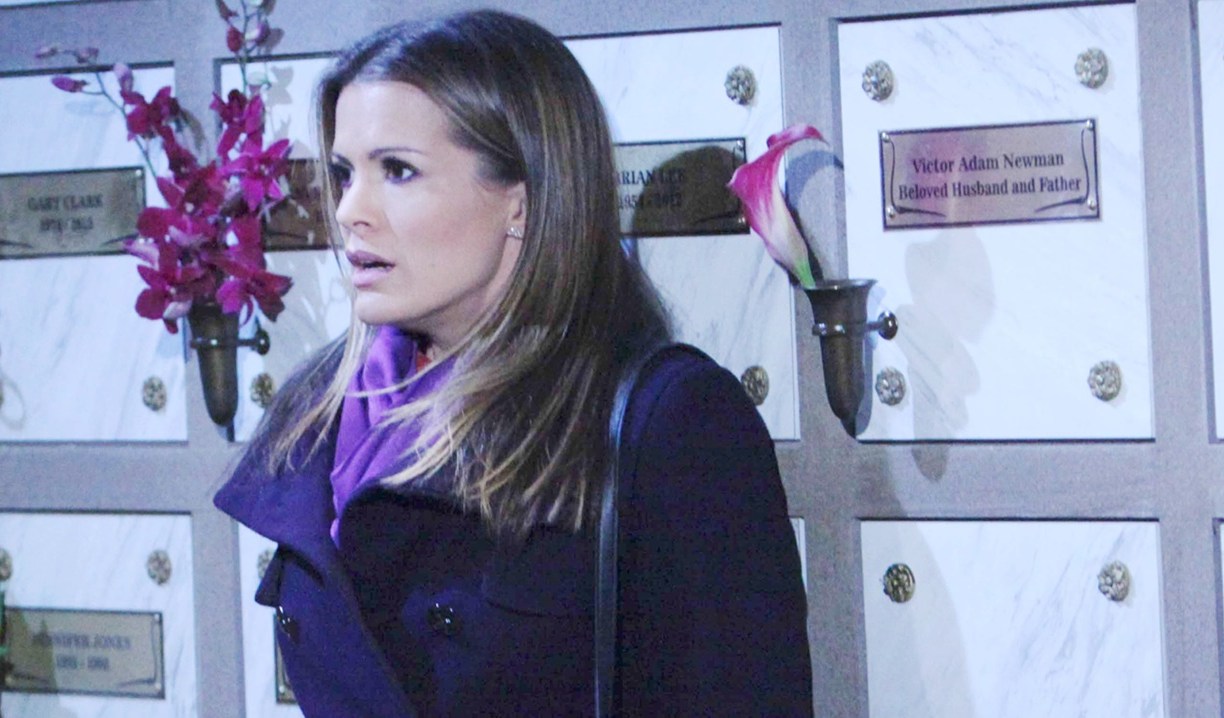 “Y&R” has been entertaining daily, and often outstanding, but that doesn’t mean there aren’t things viewers are calling out for being questionable. Thoughts:

Tension and dissension.
While Ashley and Victoria butting heads at Newman Enterprises has made for some deliciously tension-filled scenes, the idea that these professional women have been manipulated into this behavior by Victor is a tad off-putting. It was understandable from a writing perspective to place Ashley at NE in order to create drama, but given the way it’s playing out, I’d rather have had Ashley create her own company and stir things up that way.

Abbott angst.
The emotional scenes at the Abbott mansion keep topping themselves, as this week our hearts broke for Traci when Dina recognized Jack and Ashley, but still didn’t know her. Traci also put Jack and Ashley on blast in some powerhouse scenes, while Billy turned the tables on Jack by giving him some much-needed brotherly advice…and Jack, lo and behold, took it. That led to Jack’s choked up apology to a tearful Ashley, during which he pleaded with her to come back to Jabot, but she told him it was too late…she could forgive him, but still couldn’t trust him. More tissues!

Moving on.
JT’s break up with Chancellor made for some snarky scenes with Cane, which were a nice bit of reality as not everyone gets along or stays getting along. As for JT working for Victoria, let’s hope it goes better than his ill-fated (but entertaining) dinner party. Loved the bit with JT and Victoria remembering their anniversary, and even the non-proposal ended up being romantic, however, suggesting making things ‘formal’ because there are children in the house (after two weeks, and is he even divorced?), and taking the liberty of rescheduling Victoria’s business meeting, left me wondering if Mal Young is aiming to show JT as old-fashioned…or a bit pushy?

Winning.
While Chelsea’s ‘return to conning’ storyline certainly seemed out-of-the-blue, I’ve held out hope that as it played out it would come to make more sense. The clashes between Phyllis and Chelsea have been ‘can’t miss’ soapy goodness. Even as Chelsea risked exposure, she gave as good as she got, while Phyllis has definitely been showing signs of her former fierce ‘loose cannon’ old self as she’s become more convinced and determined. I also appreciated all the beats being played, not only in Chelsea’s moments alone, but in Phyllis calling in Hilary to help get info from Jordan, Nick’s growing doubt, Sharon getting pulled into it, and Billy expressing concern about Phyllis’ involvement, which felt a little ominous. By week’s end we finally had some exposition beginning to take place with Chelsea speaking to Christian before heading to the columbarium, and finally the revelation that Victor had the cash. It’s all been pretty intriguing. Viewers reacted on Twitter:

C: You're sending me threatening texts now? You need to back the hell off, and stay out of my life! Phyllis and Chelsea should've been rivals sooner. Good adversarial chem. #YR pic.twitter.com/hqZkjTdhMp

I LOVE Phyllis getting up in Chelsea's business. I hope we can keep this version of her after the Chelsea saga is over. #YR

Misses and hits.
In the land of Hamilton-Winters, Hilary and Mariah were suddenly glued together at the hip with Devon and Tessa, with no explanation as to why they are no longer working at the studio where the show is taped, Hilary and Devon were having contrived arguments about office space, when details like that would have been established before signing a contract, Tessa, who has presumably making decent coin for months now, was instantly penniless again after splitting with Noah, and Devon held a team-building exercise at Noah’s bar…for four employees. Much of this felt plot-driven and overtly geared toward having Mariah and Tessa commiserate and reconcile. Drunk Noah was fun though – hopefully this propels him into an unexpected, edgier storyline. Hilary opening up to Devon about her stress related to conceiving a baby via donor was a nice break in the madness, and as for Jordan’s sperm donor comments to Hilary, they could have been foreshadowing, or to put her off the idea of conceiving that way. Jordan’s return also had Lily and Hilary standing up for one another – gasp – I like the occasional thaw between them. As for Devon and Hilary, another possible hurdle presented itself in the persona of Simone (played by Shanica Knowles). Sigh.

On a romantic roll.
In the last Deconstructing Y&R, Cane romanced Lily, and that continued as they decided to renew their vows on Valentine’s Day, which is a nice nod to their past. Interestingly, the issue of Sam didn’t feature this week, so we’ll see what happens there moving forward.