The drama has been solid this week, Sharon’s party made for a bit of awkward tension-laden fun, and we ended with the ‘wow’ scene of JT and Victoria going for broke on the staircase. Notably, the pace seemed a bit better as well. Thoughts:

A little creepy.
The possibility that Graham is actually a good guy who might be redeemed and stick around narrowed by the day as the week kicked off with him manhandling Dina at the Club after taking her from the Abbott mansion and informing her that instead of the promised cruise, she’d be moved into a facility. Then there was the standalone episode surrounding the court hearing, which was full of emotional ups and downs, first from Dina’s outburst and admission she’d had numerous affairs, then from the journal excerpts, and finally from Graham’s last minute revelation that he and Dina were married. So soapy! As Graham becomes increasingly desperate to secure Dina’s fortune, and was revealed as the one who broke into Ashley’s new lab and took the toxic compounds, it’s anyone’s guess what he plans to do with them. I feel it’s bound to end very badly for someone!

I’m fine.
In the last Deconstructing Y&R, we loved Sharon’s reaction to being betrayed by Scott, and her insistence that she is ‘fine’ is a tad suspect, however it did lead to the off-the-wall gathering at her house, which didn’t quite end up qualifying as a party, hehe. Like Tessa, we needed a flowchart to keep track of who hated who (and the myriad of transgressions allegedly committed) as Hilary hilariously found a way to stir several pots while promoting ‘healing and forgiveness’ as promised. Not only was the dialogue snappy and funny, but it was interesting to hear how each of the women perceived their history with the others. Of course the icing on the cake was Abby showing up and making her apology while her face expressed utter confusion as to what weirdness she’d walked into. Later, Sharon pecked Nick on the cheek…hmm. As for Scott, it’s been hard to feel a thing for him due to the way he treated the two women and the way he handled the fallout. Whining to Victoria about having to work with Abby, threatening to quit, and then running to his mother for a $3 million dollar bailout (at Sharon’s coffeehouse no less!) did nothing to help his case. He’s right to worry about a reprisal from Victor!

Road to reunion.
Cane and Lily’s romance reheated on the heels of that passionate kiss in the Club, and the road to reunion became a bit of a talking point for viewers, as some felt it took forever to get to this point, and others felt his rather serious transgressions have been downplayed. Of course, it’s realistic that people decide to stay with partners who have hurt them, and Mal Young has demonstrated how love (and kids) can draw a couple back together. That said, it’s less realistic for so many Genoa City residents to be pressing for a reunion given the circumstances, or to take it to the point where Charlie’s apologizing for how he reacted to what Cane did. Also, it was odd that Lily worried she might be giving up her ‘last chance’ to reconcile with Cane if she went on the business trip, as though he wouldn’t wait for her, and it was refreshing for JT to point out Cane shouldn’t have asked her not to go. Fans weighed in on it all:

I agree with Lily forgiving Cane is for herself as well,it’s draining to have all that anger bottled up,time to let it go if Lily wants her husband back #YR

Why didn’t Cane and Lily just call each other? It’s 2018. I think it’s weird that Cane cheating and making a baby has turned into something out of a 90s romantic movie w/misunderstandings, just missing people etc. #yr

In the end, Cane took Billy’s advice about a grand gesture to heart and headed to Paris in a nod to the duo’s history.

Domestic drama.
It’s been great having JT around for this drama with Reed. The material has been solid and realistic, from Reed’s sulky insolence, to JT and Victoria working to get on the same page as they handle the DUI situation. On the other hand, JT’s storyline had been relatively staid given the explosive return promised:

I’m curious, when exactly is “All Hellstrom” supposed to break loose @malyoung #YR

I don’t know about ‘All Hellstrom’, but something sure broke loose on Friday when JT and Victoria’s nasty exchange ended in a passionate session on the staircase charged with the intensity of years of built up anger, unresolved issues, and desire. Whew! Chemistry! As for the ‘boot camp’ situation developing for Reed at the ranch, as entertaining as it all was, it will be interesting to see if there’s resistance from JT and Victoria to her parents taking over.

The blog expresses the opinion of the author. Please feel free to give your view in the comment section below. 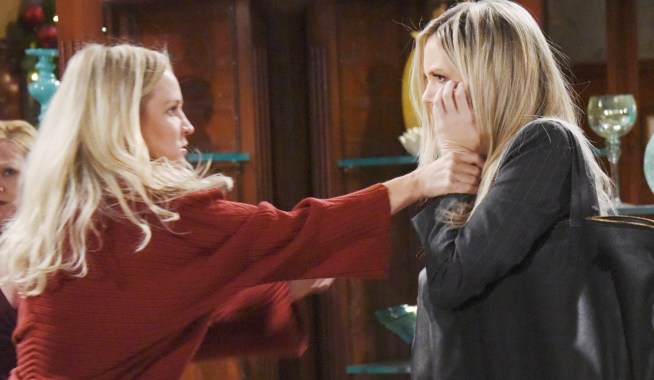 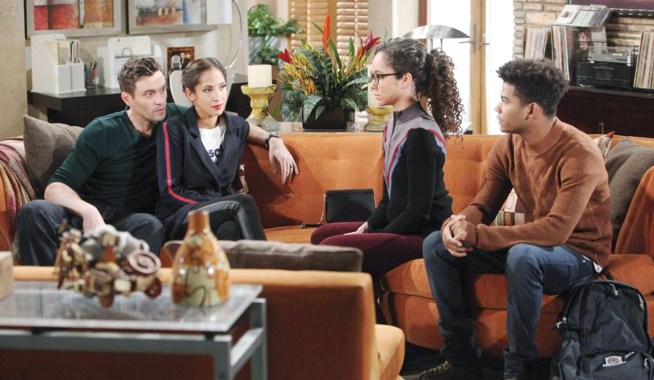