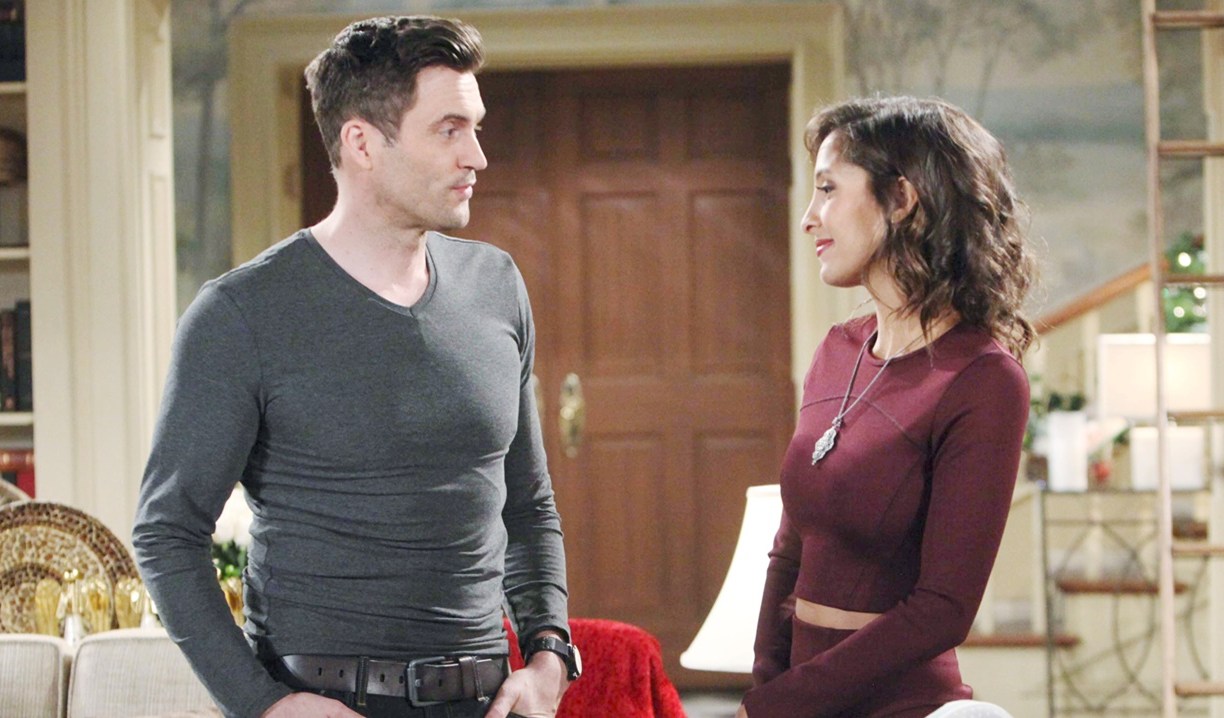 The vignette Christmas episode brought mixed reviews, and New Year’s came upon Genoa City residents quickly in this shorter week of storytelling, but was complete with a wedding vow renewal. Thoughts:

The Christmas episode.
I didn’t mind the Christmas episode; some of the moments were indeed magical, romantic and/or thought-provoking for the characters and I appreciated that. However, some spoke out to say they would have preferred a more classic Christmas offering, so it was definitely met with mixed reviews. Viewers expressed their opinions:

Serious deep sigh. Just show families together, tensions and all. And if you can’t do that show a real classic episode. Cause this will make Christmas Y&R free for me.

#yr A Christmas episode without a single child except Faith? Seriously? Fail!

Jacked up behavior.
In the last Deconstructing Y&R, Jack pulled a Christmas Grinch move on Ashley by hitting her where it hurts with the amendment stating only a blood Abbott could serve as CEO of Jabot. Of course, there was regret after the fact, but the damage was done, and Ashley wasted no time fighting back. Billy and Traci were pulled into their feud, along with Phyllis and Lauren, which made for some solid and realistic drama. The plot points came fast and furiously as Ashley gave Jack an ultimatum and he hired an agency to look after Dina posthaste, believing he was going to acquire Chancellor, only to be informed by none other than Billy that it wasn’t happening. Casting a shadow of a different sort over all of this was the emotion of Dina not knowing what holiday it was, and thinking Jack was John. Intense.

A Newman New Year.
I’d like to see Paul get a real story. Trotting him and Christine out to make threats against Victor that everyone knows will never amount to a hill of beans is not good enough. As for Nikki and Victor’s vow renewal scheme, of course it was going to have a hint of genuine emotion – that’s part of the push and pull with this longtime couple. I see Nikki manipulating her narrative depending who she’s speaking to in order to justify reconciling with Victor and I find it very realistic. Given that the Newman family is already riddled with tension and more is on the horizon with Christian’s paternity secret hanging overhead, and Nick witnessing Abby’s liplock with Scott, it should be an interesting year ahead. In related commentary, Nick and Chelsea featuring as sexpots every week, and Scott and Abby behaving badly, isn’t doing a thing to increase their appeal individually or as couples. I’m genuinely hoping for both pairings to blow up spectacularly and result in big drama and changes.

A bad decision leads to a good one.
Though he says the odd thing that irks me, for the most part I’m still enjoying JT’s return. Boo to Reed drunk-driving, but yay to him being the reason his dad decided to stick around. I appreciate the complication with Reed and Mattie and look forward to seeing how they’ll work it out, and am also curious as to whether Victoria and JT will gravitate closer together.

Party for two.
It was a tease of a New Year’s for those who were waiting with bated breath to see if Cane and Lily, and/or Hilary and Devon would kiss at midnight. I like the twist with Hilary ‘falling’ for Cane’s baby, which has served to show her softer side as well as providing a little incentive for Lily to consider acting on her unresolved feelings for Cane, and also led to a cute conversation between Hilary and Devon as he hinted that she might have a touch of baby fever. The storytelling for both of these separated couples is escalating their fans’ drive to see them reunited even more, but delaying the gratification to a frustrating degree in the process. Oh, the anticipation!

This blog is an opinion piece. Please share your views below. Soaps.com wishes all of its readers a happy, safe, and prosperous New Year!