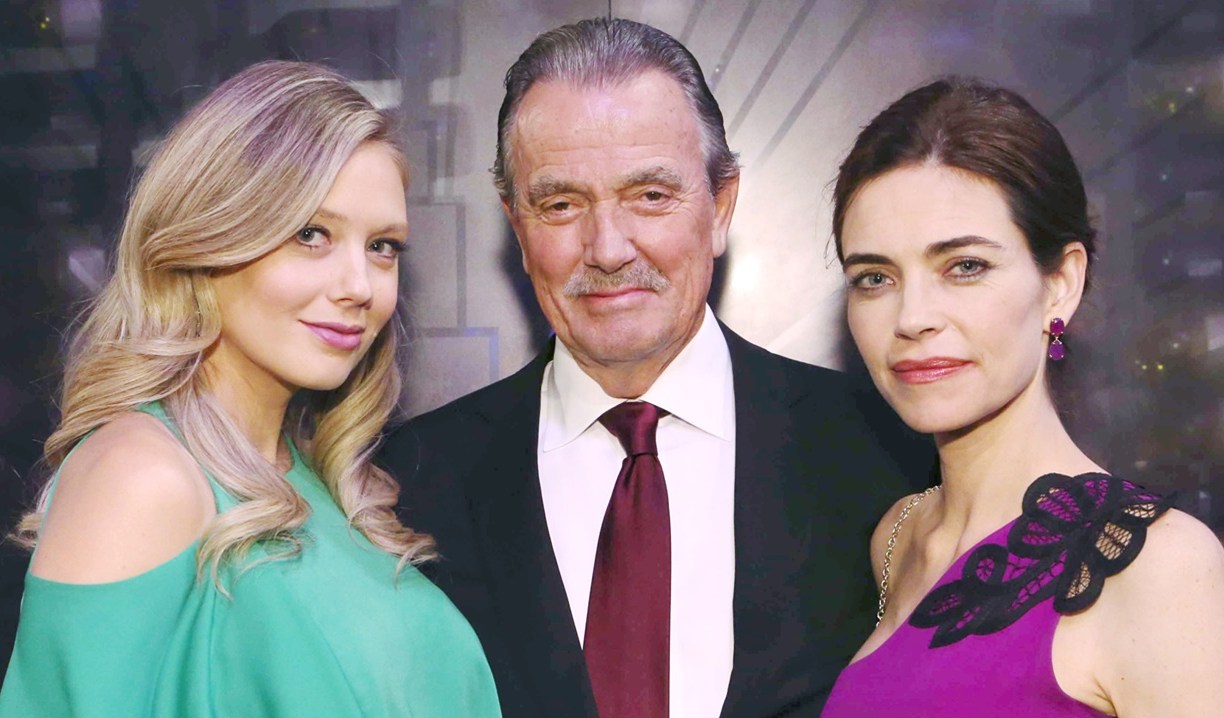 Thanksgiving week on “Y&R” featured a good deal of conflict, emotionally-charged moments, funny bits, and a few break-ups and make-ups to be thankful for. That said, the abrupt leaps forward in time continue to leave many feeling short-changed on important details and beats. For example, Scott and Abby went from being involved in a shooting death at a motel back to their normal lives inside of a couple scenes. I don’t know about anyone else, but if I’d discovered the man I loved ran a sex trafficking ring, watched him die, and had sex with a man I claim to hate in between, I’d need to take a minute! Also, Phyllis went from fuming about her ex, Billy, moving in next door to a full reconciliation including a trip to New Orleans in just one scene. Whether or not you enjoy the direction or outcomes, one can’t help but wish there was a little more time and attention given to storyline developments. It would be nice to find a happy medium between Sussman’s pace, which was too slow and mired in unnecessary detail, and Young’s, which feels too rushed in spots, to the show’s detriment. Thoughts:

Ruination and rivalry.
Well, one of last week’s theories panned out as Zach was indeed the one to be shot at the motel…by none other than Crystal. Scott and Abby returned to Genoa City keeping the secret of their tryst, and resumed bickering posthaste. As with Victoria and Billy over the past year, the arguing comes across like a neon sign advertising ‘love/hate relationship here’, and it just doesn’t work for me. When Abby scraps with her sister, it seems natural, but when she bickers with Scott it feels scripted and exaggerated. So, Scott’s relationship with Sharon is basically in the toilet now as he’s imagining Abby when they kiss and hiding the fact that he cheated, and things aren’t likely to improve since he’s teamed up with Abby to bring down Victoria. Abby and Victoria vying for the top spot at Newman Enterprises has definitely caught viewers’ attention. Victoria’s hell bent on proving herself, Abby’s refusing to lie down and die after they threw her under the bus, and there’s been no pulling punches in the dialogue – Abby asking Victoria if she called her a ‘failed experiment’ is a good example. As for Victor, he’s sort of pitted them against each other and is now sitting back. Fans are taking sides on who should prevail, with some pointing out Victoria’s years of experience, and others arguing that Vikki just ran her own company into the ground and Abby’s ‘failure’ was no fault of her own.

Victoria is just like her father Victor and she always will be. She needs to stop treating Abby like crap. Abby doesn’t deserve that. #YR

Abby might not like hearing it but Victor speaks the truth. Victoria has a lot more experience and is more capable of dealing with this. I'd love for them to actually become a strong sister team in time! #YR

As for Victoria and Victor’s decisions regarding PR, the interactions with Neil left me wondering why they hired him when they don’t take his advice at all and just do what they want anyway!

Heightened emotion.
In the last Deconstructing Y&R, we anticipated the Abbotts’ emotional journey and we have certainly seen some powerful performances as Jack and Ashley came to terms with their mother’s diagnosis and struggled with next steps. Nikki overstepped and got thrown out of the house, and Ravi also became a casualty of the situation as Jack and Ashley prepared to break the news to the rest of the family at Thanksgiving. The sadness of the announcement was tempered by Dina making them laugh, then became serious again as Jack declared he would take a leave of absence from Jabot to look after her. In related commentary, it would be a perfect time to bring Traci back permanently.

Relationship round-up.
Jordan was still hanging around town – not sure why – and he seemed to think he was dropping a bomb revealing that Hilary was Anne Turner, but as with Chelsea being a con artist, it was old news. Mariah finally decided to be honest with Devon, which she should have done eons ago, and if we’re being realistic, why was he even written as wanting to continue that relationship? Anyway, after intervening with Jordan, Devon wasted no time in letting Hilary know he and Mariah had split, and they shared an embrace, leaving viewers to wonder if they’ll revisit their complicated and passionate relationship in time. In other couple news, Nick and Chelsea made up from their inane fight about her being a con (which he already knew), and decided to join Billy and Phyllis on their spontaneous trip to New Orleans. Even saddled with the snoozesome twosome, Philly in The Big Easy sounds like a ton of fun.

I’m thankful for all of you who take time to read the opinions in the blog and to share your own thoughts in the comment section or on social media. Here’s wishing a Happy Thanksgiving to our readers in the United States!

Deconstructing Y&R: A Foursome, a...