Young & Restless: A Twist No One Asked For May Have Exposed *This* Shady Character’s True Agenda — Plus, Your First Look at Danny and Christine Reunited 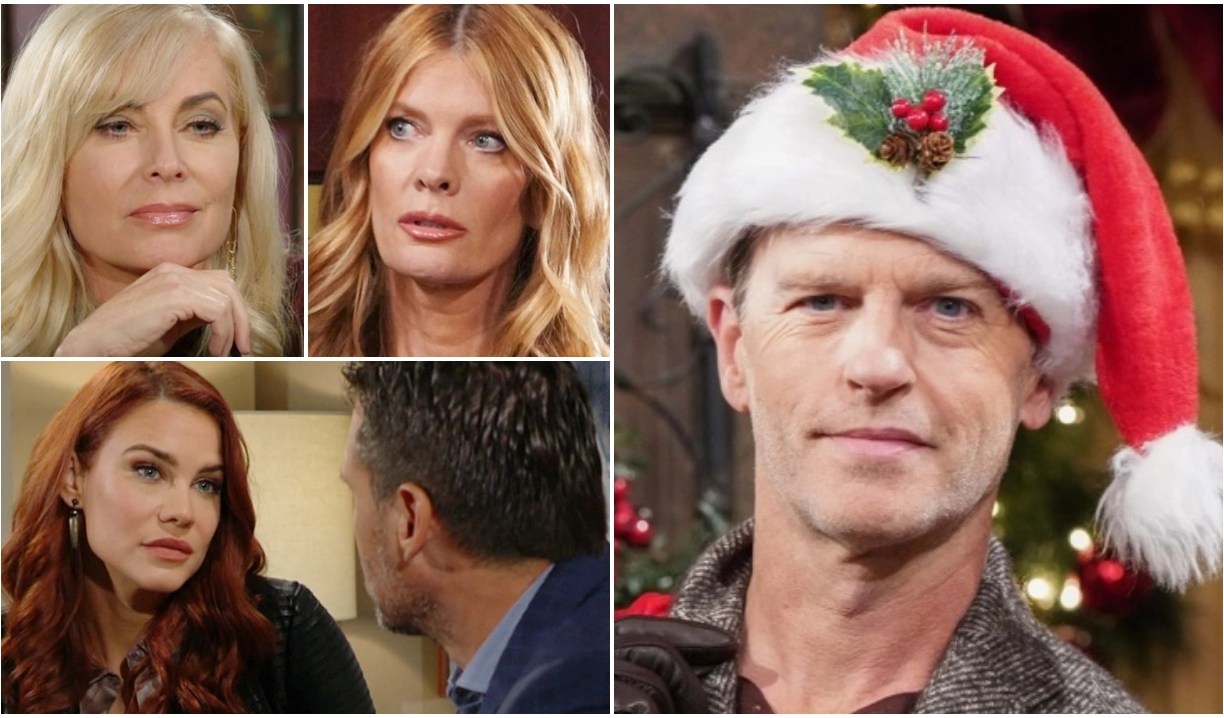 I was up and down with this week’s installments of Young & Restless — underwhelmed at times, surprised at others. One very encouraging aspect is that there’s a new energy in scenes that wasn’t there a few months ago and a soapier vibe.

Abby and Chance going their separate ways still seems “cutting your losses” fast, but I’ll take it. It’s encouraging that he’s being played with Sharon at every opportunity. Here’s hoping they go there. The smile he gave her on Friday made my day! 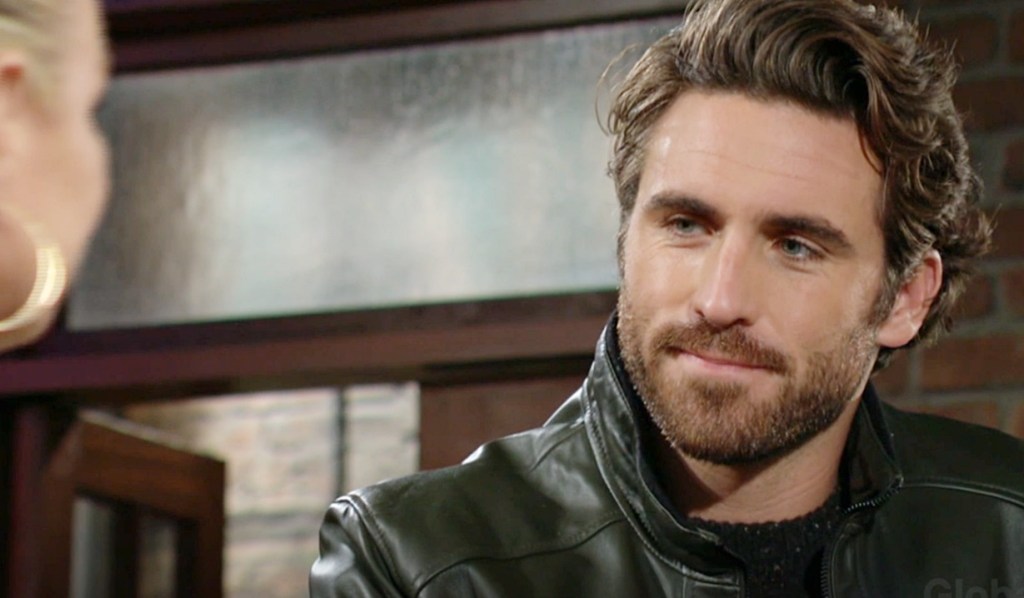 As for Abby letting Chance take the blame for their split with Victor — in a word, reprehensible. She needs to right that wrong. Here’s also hoping that she will find another place to live and let the guy move back into his family home. In related commentary, Nate’s gotten wind of trouble in Devon’s world and will undoubtedly uncover the cheating scandal before too long. Will he take the high road or inform Devon that he’s no better than him? Hmm.

I love Sally and Adam’s soulmate vibe, and their goodbye, while contrived, was undeniably heartbreaking. But I also dig Sally and Nick. She’s on a very even keel with him and it’s a side of the character we haven’t always gotten to see. The scenes between her and Lauren, and Nick going to bat for Sally with Summer made me feel good somehow. That said, with a character like Sally, one always has to expect another fall from grace. How long will it be before that happens? And who will have her back?

It remains pretty clear what’s going to happen with Billy and Lily — they can’t see eye-to-eye about Chelsea and the waters will only get murkier as he blames Lily for the troubled woman feeling she had to back away from him and Lily insists she said nothing wrong. With Daniel on the scene, it may not be quite as difficult for Lily to let the relationship go, and of course, Billy is completely absorbed in saving Chelsea, so he’ll be fine. Some observations about Daniel’s return: He seems to be angry with Heather to the point where he can’t even talk about her… yet, she’s with his daughter. That’s strange to me. He’s also been really intense about this video game project. More on that next week.

While Jeremy isn’t coming across quite as sinister as he might, considering how dangerous he’s said to be, the addition of a baddie has definitely spiced up the Diane storyline — which was becoming a snooze — and honestly, what’s not to love about James Hyde? The plot still requires Jack to be completely dumbed down, but at least it’s made for some fab confrontations. That screaming match between him and Phyllis at Jabot was a doozy and left fans divided as to whether or not Phyllis was right about Diane being ultimately responsible for Stark coming to town. I’ll say this, not only did Red make valid points, I don’t think it was she who told Jeremy that Diane could be found at the Abbott mansion — she wouldn’t lead him to Summer’s door. Nope, someone else had already told him where to find his ex. There’s more going on here than meets the eye.

In related commentary, the Nikki, Ashley, and Phyllis alliance is breaking down as we all knew it would — and they’re getting the blame and the warnings that they’ve “taken it too far”. Tucker, by the way, appears to be doing a masterful job at isolating Ashley, who is now not only on the outs with her family members but also with her ‘frenemies’. This brings me to my next point…

The Twist No One Asked For

Young & Restless fans were hella surprised when Audra went to Tucker’s suite and stripped down after striking out with Noah — particularly those who suspected she might turn out to be his secret daughter. Okay, some had a hunch that they might be hooking up, but there was even a deceptive spoiler for the week that teased Audra seducing Noah, so it was unexpected. Reaction to the twist was mixed:

But one thing that can be agreed upon by viewers is that the new development called into question Tucker’s claims where Ashley is concerned. Perhaps he really is in love with her and hoping for a future but doesn’t see any reason to resist Audra. Or maybe he’s fully playing Ashley to get his hands on Jabot. If so, I hope she’s got his number.

I’d preferred to have seen Audra getting it on with Noah and for her to turn out to be Devon’s secret sister, but that’s me. What about you?!

It’s almost time for Danny Romalotti to return to Genoa City and fans couldn’t be more excited. We already teased photos of Danny, Daniel, and Phyllis in our sneak peek holiday gallery, and now we’ve got your first look at Christine’s reunion with her first love. Cricket and Danny, guys! 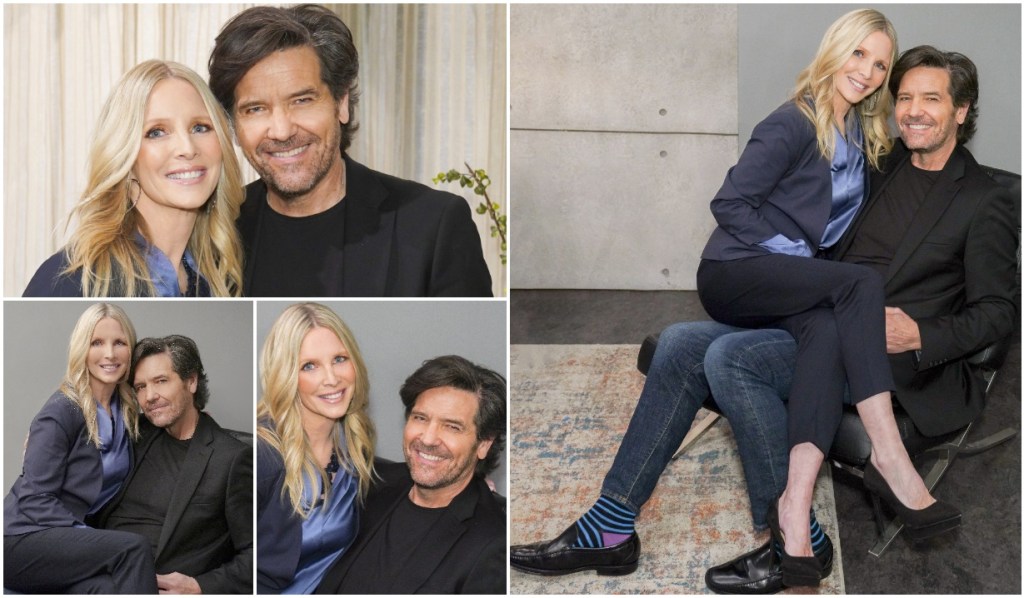 This is just my opinion. Please feel free to share your thoughts on Young & Restless in the comment section.

Go behind-the-scenes with your favorite soap stars in the photo gallery below. 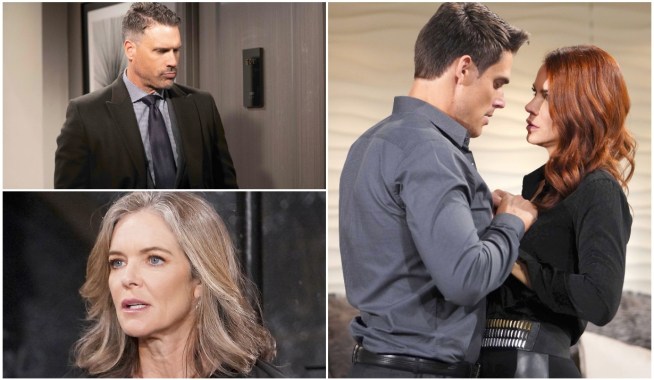 Young & Restless Tapped Out on November Sweeps but Cheating Drama Lies Ahead — Plus, First Look Photos of Jeremy Stark in Genoa City 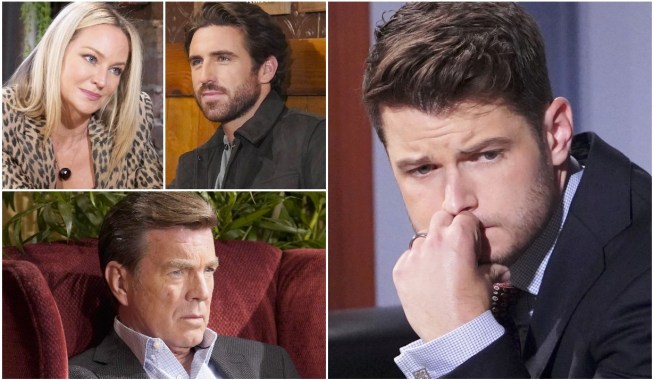