Young & Restless’ Nikki and Phyllis Play With Fire Anew — Plus, Elena’s Conscience Could Be the Undoing of Katherine and Neil’s Legacies 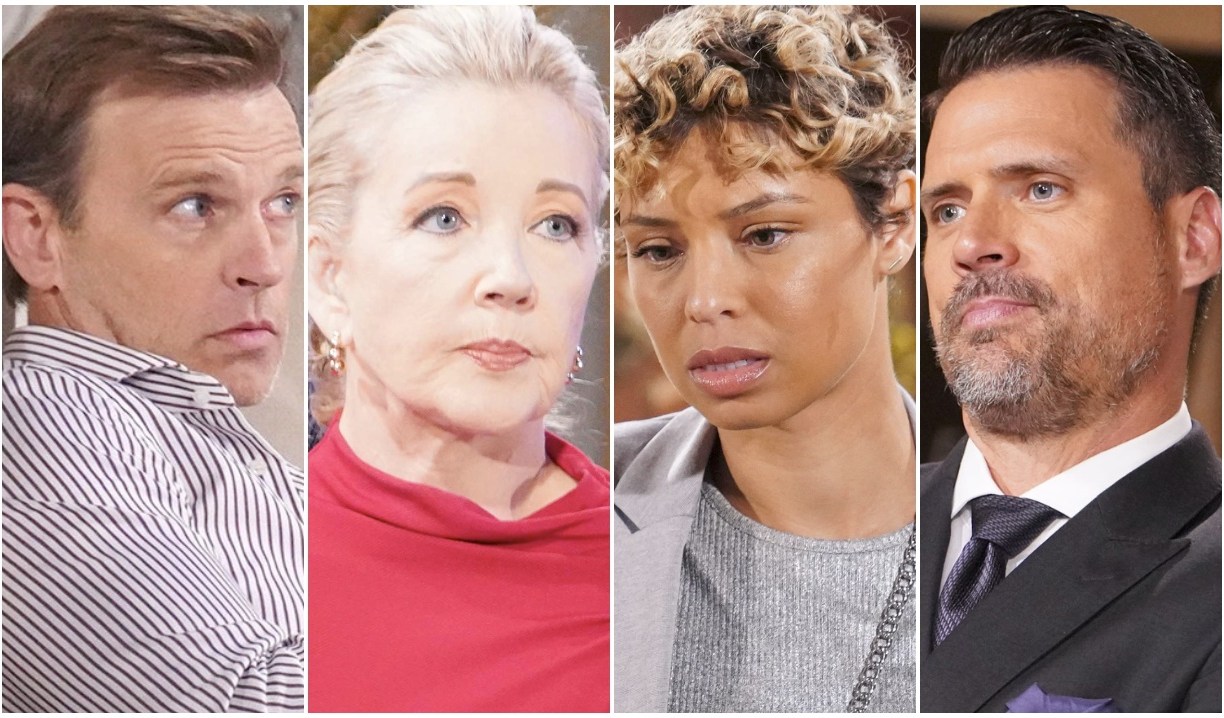 Young & Restless writers continued to offer up a soapier version of Genoa City as Tucker crashed the vow renewal and conflict arose for several couples. Dish on the week and what’s coming up…

I can appreciate Chelsea’s obsession having changed from Rey to “being a mother to Johnny”, as Melissa Claire Egan is playing the heck out of these meltdowns, but I still suspect that this is all angling toward the character landing a man. It could be Billy but he appears to have lost patience with her in the preview, and Adam’s in love with Sally. The man who seems to keep popping up when she’s in need… is Rey’s former partner Chance. Coincidentally, he also seems to (finally!) be sick of Abby’s whining and wheedling. Hmm.

Listen, I’ve been enjoying the chemistry between Nick and Sally and I love the messiness of this triangle but that was not a good look for Nick when he asked the redhead out right after Adam told his brother he still loved her and asked him to back off. Supposedly, Nick’s animosity toward Adam had dissipated — he even said he finally understood what made him tick — so why be so deliberately uncaring now? Nick didn’t even seem conflicted, he just went to stake his claim.

Adam opened up his heart to Nick, and what does he do? Immediately calls Sally and asks her out. #YR

Was this so viewers who were liking their “Nally” a little too much would gain some sympathy for Adam and maybe veer back toward shipping “Ally”? It seems Nick is just having his fun and Sally could get hurt, but perhaps Nick will be the one who catches feelings and gets burned when Sally eventually does go back to his brother. In the meantime, he’ll have made dents in his relationships with the people who don’t approve.

I won’t contest the fact that Noah and Allie are cute together and I can appreciate that they’ve given her a bit of spunk lately, but the pairing remained boring as neither of the characters is exactly a firecracker. Even living his best life, Noah was back to doing his best Eeyore after he discovered the numbers were not what he hoped after the grand opening of his club. So, Audra is not only a potential injection of energy in this scenario but also a much-needed source of conflict for the kissy-faced duo. That said, if they’re doing a triangle they’ll have to make it believable that Audra would want Noah. She seems much more the type who would go after an older, powerful man.

I loved Tucker literally blowing into town to crash a vow renewal and landing a helicopter on Jack’s lawn. We need more big moments like this. Unaware that Nikki had Deacon’s information/photo of the Bentley, Tucker kinda screwed Diane by handing over the keys to the thing as an extravagant wedding gift to Kyle and Summer. Nikki was quick to put the pieces she had together and took her investigation over to Noah, to ask about the company associated with the car, which was based out of London. As luck would have it, Wild Beauty Incorporated was the company Audra worked for… and there, folks, is the connection I predicted in last week’s column, between Tucker and Audra. It seems McCall is in town to do some corporate raiding along with his schmoozing and that Audra is his new “Sofia”.

Tucker may have his sights set on Chancellor-Winters but he also has an Achilles heel — Ashley. It’s not a stretch to think that Nikki and Phyllis will ask Ashley to question Tucker about his connection to Diane… but playing with Tucker is playing with fire. If Ashley allows herself to get close to her ex-husband again to achieve this end, she could become vulnerable to his charms and end up at odds with the gals in her “alliance”. A lot could go wrong in that scenario.

First impressions of NuTucker? As anticipated, it’s tough to buy him as Devon’s dad and as someone who was a big wig music producer and playboy back in the sixties. Otherwise, he’s injected the bad guy energy back into the canvas that Ashland took with him, even if he’s of a different variety… more the twitchy, smarmy villain than a white-collar shark.

We can all feel Elena’s frustrations with Nate — what he’s doing is egotistical, misguided, and wrong. So, it would be super-satisfying to watch her rat him out to Devon… but I suspect that she might make him come clean on his own as a condition of them getting back together. Either way, if the truth comes out it will seem like Elena is saving Chancellor-Winters from a Newman takeover — and she would be — but unfortunately, it won’t end there.

If what we suspect about Tucker and Audra conspiring together is true, then McCall has an operative on the inside. He wouldn’t have been able to get his mitts on Chancellor-Winters if Nate handed over controlling interest to Victoria, but with that plot scuttled, and everyone in the dark about Tucker and Audra working together, he’s likely to snap up all of the shares that don’t go to the family — because Audra will alert him to when the IPO is going to happen. If he manages to wrest control of the company from Lily and Devon, it could be the undoing of Katherine and Neil’s legacies, whereas Nate, at least, had some kind of plan to work with his cousins and make the company the best it could be… even if he was going about it wrong.

This is just my opinion. Feel free to sound off on Young & Restless in the comment section below. 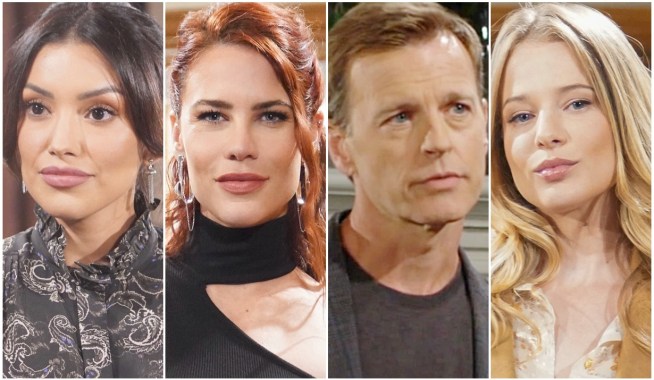 Young & Restless: Tucker’s *True* Agenda Revealed — Plus, Sally's About to Have a Target on Her Back 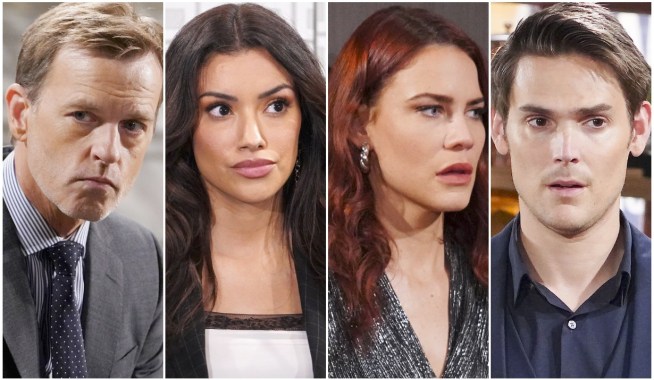