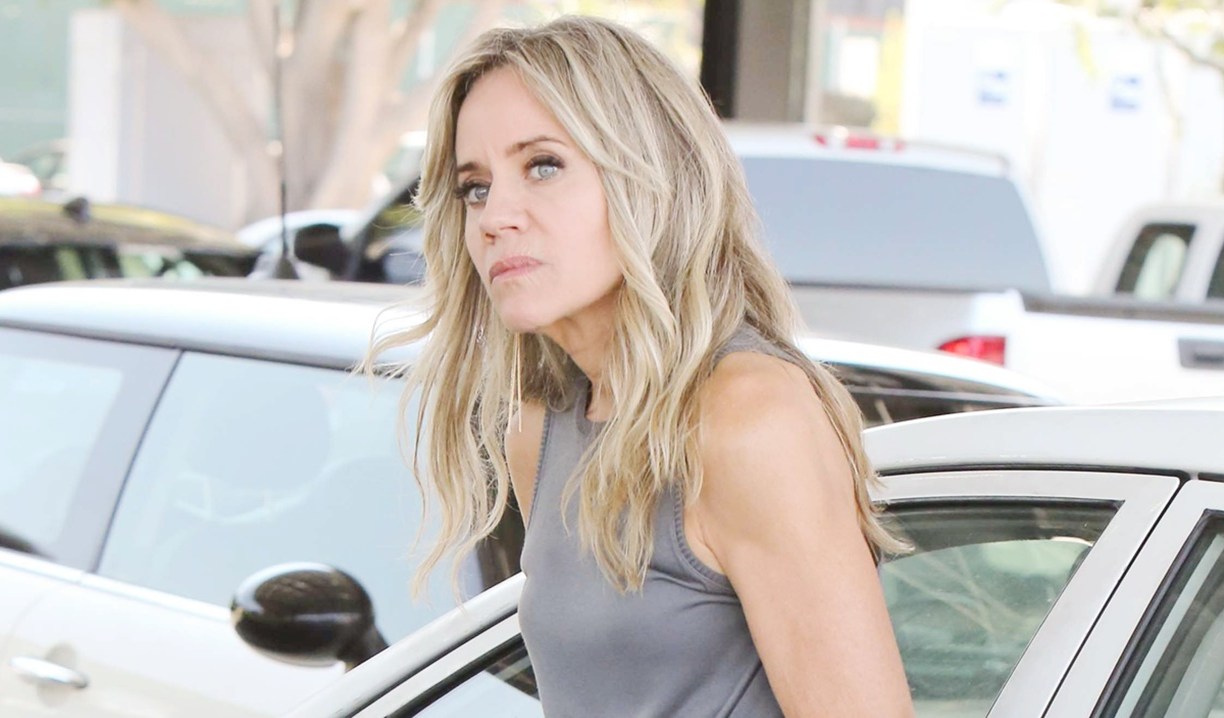 I was pleasantly surprised at the unforeseen return of Alice Johnson as the blonde involved in the sex ring, as the show has otherwise been hampered by predictable, dialogue-heavy plots that, for one reason or another, aren’t fueling viewers’ interest. Thoughts:

Unlikely alliance?
As noted in the last Deconstructing Y&R, Hilary’s meeting with Devon showed off their crazy chemistry, so not many were buying her heartbreak over ‘filler guy’ Jordan this week. Even if her motivation is simply to not lose out to Lily, it’s unlikely she would be so obvious about it. Anyway, while desperate times sometimes make for unlikely alliances, it’s a bit of a stretch that Cane and Hilary would work together at this point. That said, it made for some entertaining, candid dialogue, and it certainly opens up the door for further complications and controversy.

#YR This Cane and Hilary dialogue is great. ??

It's interesting watching Cane & Hilary in the Chancellor house. I love stuff like this #YR

Been there…
The Newman drama surrounding Faith moving to the city isn’t all that compelling. Not only is it a case of ‘been there done that too many times before’ with both Faith’s opposition and the various women making the rounds to pressure the men to play nice, but it’s put more focus on the dreadfully boring Chelsea and Nick pairing. Pass.

Corporate agenda.
While I see they’re attempting to ‘up’ the tension and drama between Jabot and Brash & Sassy, and with Phyllis and Victoria, as mentioned in the past, it’s been predictable since the outset that the company would be used to drive Billy and Victoria back together and that has never changed, so there have been no real surprises here (aside from Victoria’s head injury affecting her behavior), and there are no particularly high stakes unless you’ve found yourself feeling incredibly invested in the survival of Brash & Sassy.

An infusion of fun.
The sex ring storyline definitely benefited from the twist of Alice’s involvement, at least for those of us who were around for her original storyline. Not only was it nice to be taken by surprise, but it also ties Sharon to the story in another way. It will be fun to see Alice’s reaction to Mariah as well. However, for those who don’t know Alice and are struggling to feel invested because the storyline relies too heavily on newer characters Tessa, Zach, and Crystal, it may not make a lot of difference.

Friday notes.
The business clash between Jabot and Brash & Sassy heated up with Ashley giving Jack a foreshadow-y warning about plotting, Nikki threatening to end her friendship with Jack if he messes with her daughter (funny scene!), and Victoria confronting Phyllis. Some bits seemed implausible: Billy having no regret about putting Phyllis at risk by using her laptop, Billy and Victoria marching up to confront Ashley about what he’d learned from the Jabot server, and Ravi revealing details about Jabot meetings to Victoria. Heck, Brash & Sassy remaining in the Jabot building is ridiculous… Abby brought up Brent Davis to her mother, another bat signal that she will soon learn the truth there… Hilary was at her saucy best letting Mariah know she’d spent time with Devon… It was nice to see Scott trust in Sharon’s instincts after Nick brushed off her suspicions about Alice… Zach and Tessa had another exchange on the coffeehouse patio, which was as riveting as watching paint dry. They need to hurry it up with the ‘big reveal’ for these characters.