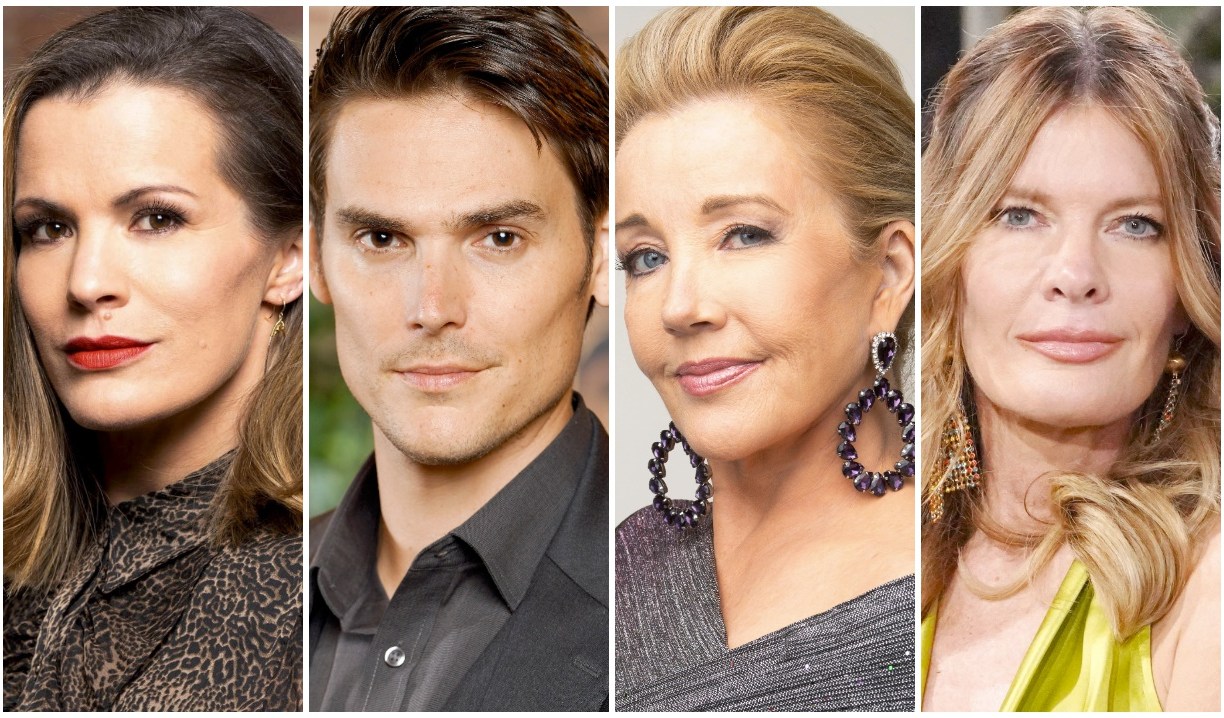 Young & Restless has become a series of vignettes about people who switch jobs or talk about work. The show we love needs character-driven and truly dramatic soap stories with a long arc and an eye to the future. There’s interesting/entertaining material, such as Nikki and Phyllis teaming up against Diane, but the writers need to back up the shouting matches with something a little deeper. Thoughts on the week:

In the Driver’s Seat

Post-Ashland Locke, the terrain at Young & Restless is a little bleak, but we still have Chance investigating and feeling conflicted, Kevin back in the picture, and Adam nosing around the situation — which he wouldn’t bother doing if he didn’t have a vested interest. It’s almost a certainty that he wants to get the goods on his father and use them to his advantage. Find out what I believe Adam’s nefarious scheme against Victor involves here.

This investigation should be causing no end of drama. Instead of Chance and Abby’s marriage blowing up over it, we’re getting Kumbaya moments in the park. It’s frustrating. If Adam does nothing with the information to drive new story it will be a waste… because we all know none of the Newmans are going to prison for this (or if they do it will be short-lived).

In other Adam news, Jack threw him (and us, and Billy!) for a loop by impulsively offering him a job at Jabot. While Ashley has her own company overseas now, she’s still connected to Jabot and Jack might have wanted to run this by her first considering their awful history. Eep.

While some will speculate that this is inviting the fox into the henhouse, I think Jack’s less likely to get screwed over by Adam than most.

Billy’s warning to his “ex-lover” Phyllis about risking so much to tangle with her nemesis Diane was definitely foreshadowing. Phyllis telling Nikki to put up or shut up was valid. As ill-advised as it may be, the redhead is pretty much betting everything she loves that this scheme is going to work.

Looking ahead, Nikki will come through — The Talk’s Natalie Morales appears as a reporter digging into Diane’s past — which will bring some revelations. Again, Nikki and Phyllis may be so keen to take Diane down that they’re underestimating the possible ramifications for themselves. If you play with fire, there’s always a chance of getting burned!

The preview for next week has Devon and Nate going at it again with raised voices, but this conflict is falling a little flat. Devon and Nate are both kinda being asses, and whether they end up working together or not really doesn’t matter, so where’s the investment in the outcome for viewers? They need to do more than drop Neil’s name to sell this.

Sally’s reveal that she never had a meeting scheduled with Imani validated what Elena had suspected about the woman all along. Nate, however, didn’t want to hear any of it, which wasn’t all that surprising — he’d have had to admit he’d been duped and cut ties with Imani, which he’s clearly not interested in doing. Elena may not like Imani pushing her man to be aggressive, but she didn’t mind it when he offered Sally a huge payoff to cut her loose. Wonder if that will come back to bite him?

The Imani/Nate/Elena stuff had great potential to be entertaining; Imani was such a fun pot-stirrer when she first joined the company, but something changed. I’d hoped to see an unfolding tale of a mischievous Imani and Nate developing an illicit attraction (one that left me feeling torn) and the whole situation devolving into a scandal. But instead, everyone’s miserable and it’s been an oddly paced, disjointed plot with so much happening off-screen there’s no way it was going to work well.

Sidenote: I thought Amanda said Imani had already gone to see Naya, but then she showed up in the coffee house with Nate. Did Imani lie to Amanda in order to make time with Nate?

Tessa’s too cute with her voice app and calling Mariah out, but her move to Marchetti as a model is just the latest job swap — where’s the story? The best we could hope for is that the writers are re-positioning all of these characters so as to embark on a new chapter of soapy goodness, but the musical jobs have been going on for a looong time now in lieu of stories.

The Con is On

Chelsea got my attention when she pushed and pushed with Billy on the point of setting up a play date with Johnny. After she turned on the waterworks, Billy was sufficiently moved that he agreed to take it up with Victoria. Later, Chelsea was back at it, this time needling about Billy’s corporate position.

This all left me wondering what Chelsea’s angle is, because make no mistake, she’s using her well-honed con artist skills on Abbott. At this point, my best guess is that she wants Billy, and she’s decided that the best way to get him is through bonding playdates with Johnny and Connor and by disrupting his personal relationship with Lily by causing strife in their work relationship. Will she urge him to quit as COO? One thing is certain, Chelsea’s agitating will continue. The question moving forward is, “Will she cross a line?” I sure hope so! 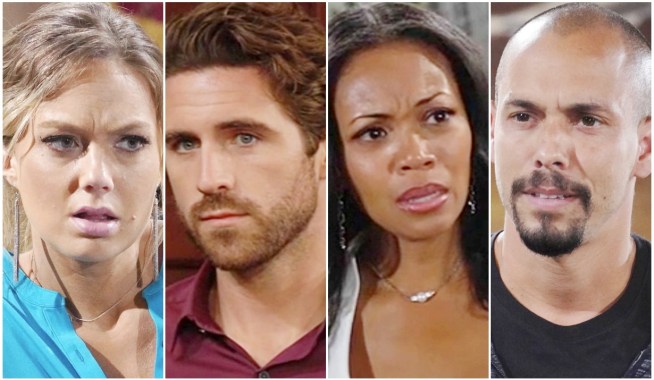 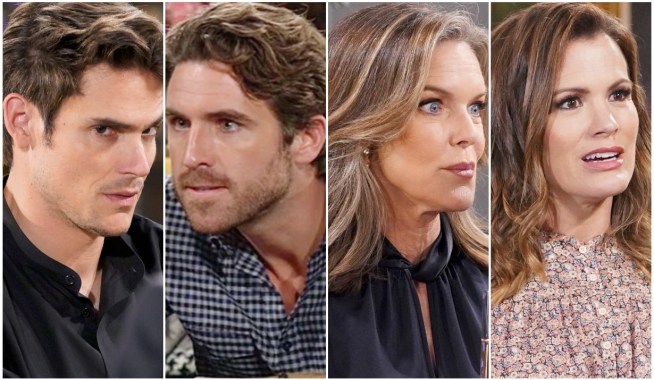