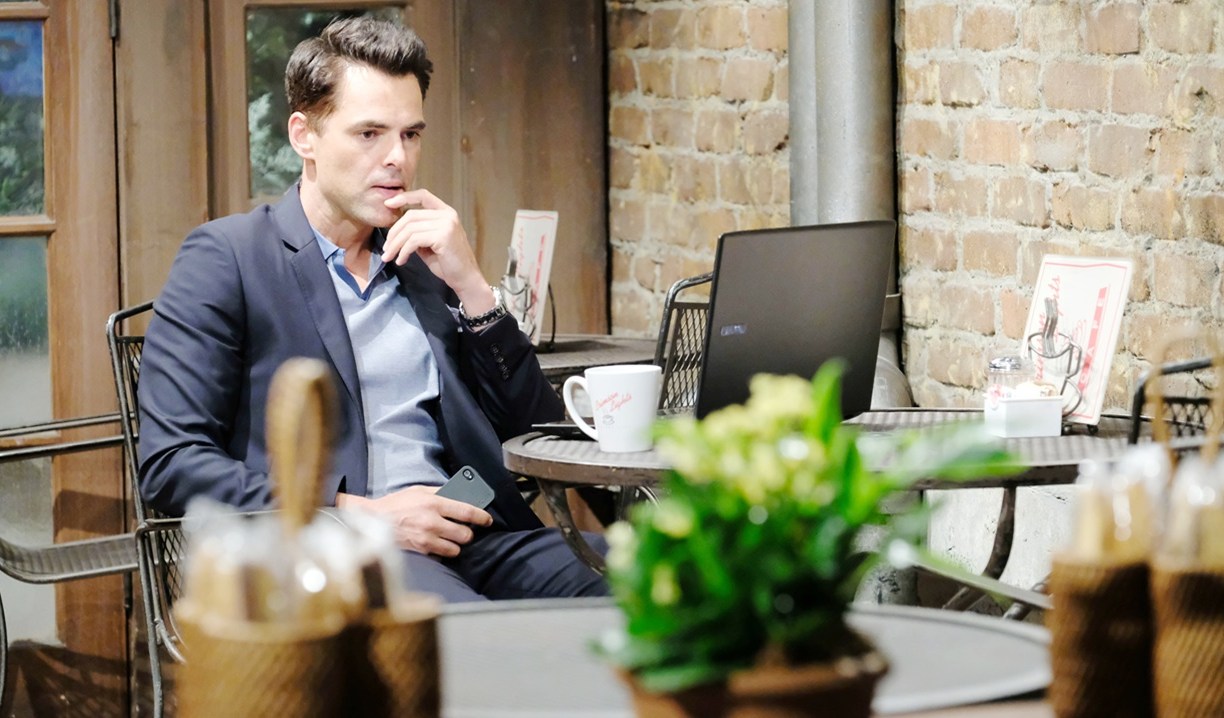 Victoria’s clash with Hilary was arguably the dramatic high-point of the week as it was otherwise very low-key again (ugh that word!). It’s not that there’s nothing interesting or emotional happening, but aside from the odd person getting testy, the drama is too understated. Thoughts:

Musical houses.
Nikki showing up to find Abby ensconced in the tackhouse was laughable for a couple of reasons – first, she would have been Nick’s first call to complain, and second, as mentioned in the last Deconstructing Y&R, the idea that Abby would give up Brad’s beautiful home to move in there is ridiculous. Anyway, Nikki threw around foreshadow-y warnings that Abby’s time as Victor’s shining star might have an expiry date, which could prove true once it comes out that Abby green-lighted a sex ring app. Zach is keeping a low profile to avoid exposure, but Sharon and Co. remain on the case (where’s Paul?) and it’s only a matter of time before this sex trafficking ring is exposed, especially since the main thug has been duped by both Sharon and Scott, and let Tessa walk away despite all she knows. Is it possible Scott’s been working this case with Christine all along, with his cover being ‘brown-nose executive at Newman Enterprises’? I hope so, as I need an explanation for him cozying up to the Mustache.

Family feud.
Victor’s pre-emptive visit to Faith at camp, buttering her up with brownies and making her feel sorry for him, was amusing because it was Victor being Victor, but putting a 10 year-old in the middle of his feud with Nick isn’t cool. I’m sure this is part of the plan to take everything from Nick, which will likely feature revealing Christian’s paternity as a finale, which will cost him not just the boy, but also Chelsea once it comes out she knew. Here’s hoping it blows up soon as the ‘Nick and Chelsea living together’ scenes are soul-sucking.

Gossip girl.
The showdown between Victoria and Hilary made for a dramatic couple of scenes, but having Hilary on the bad side of practically everyone but Jack is a little short-sighted; an issue that’s existed since she came out of the coma in the last regime. Unquestionably she’s great fun to watch as a pot-stirrer/schemer, and in her rivalries, but too often she’s the go-to troublemaker with little exposition of her motives. I’m also not sold on her being fulfilled by hiding behind doors filming gossip like a paparazzo. GC Buzz is essentially a venue for her to bicker with Mariah, who inexplicably chooses to stay on there, and Hilary would be far better suited to making power moves in a boardroom. In related news, they switched gears later in the week and had Hilary show a different side with Devon in scenes that absolutely showcased their crazy chemistry.

Phyllis?
Speaking of troublemakers, Phyllis has become a full-on pod person. Aside from maintaining her sexual prowess, she’s hardly even the same character. This bit with her politely dipping her toes in the scheme involving Hochman, and then backing out when she ‘realized’ Jack was out to bring down Brash & Sassy was unreal. Since when was Phyllis ever offended by the idea of bringing down her rival? That’s the point where she’d normally double-down! The watering down of Phyllis is a true disappointment. In related news, I’m looking forward to seeing Billy come back at Jack.

The hits keep coming.
The soap karma continued to come at Cane, as he learned Neil bailed Brash & Sassy out to save Lily’s job, Mattie confronted him with truths about his behavior, Juliet revealed an issue with their unborn child (which led to Lily seeing him hug her), and he wound up on the outside looking in as Jordan ate a family meal with Lily and the twins while discussing his and Lily’s upcoming work trip together. It was actually surprising that he didn’t barrel in and break up the gathering, but the way it played out left me pondering what would come next. Fans have mixed opinions on Cane’s situation:

Cane has a LONG way before he can crawl out of that ditch that he dug himself into. This is the most interesting he's ever been tho lol #YR

I am so disappointed in the destruction of Cane. Ruined a great character. I guess Cane was on Sussman poo poo list.

Friday notes.
Faith in a snit is always a force to be reckoned with, but maybe Nick should explain that he didn’t leave her home and ruin her perfect life voluntarily…why take the high road now? Anyway, there’s trouble ahead. In related commentary, it was odd not to have SORASed Faith considering the Ashby twins were born after her. Eek. Chelsea asked Victor if he’d learned nothing from his feud with Adam. Thank you! It looks like Abby’s about to learn she isn’t actually an Abbott, which is bound to trigger a meltdown of epic proportions since one of her favorite topics is ‘how hard it is to be a Newman and an Abbott’. Yike. In other eye-rolling news, Ashley learned from Dina that her only daughter had moved. Please! Aside from that silliness, the emotional exchange between Ashley and Dina was truly moving. Meanwhile, after protecting Phyllis by not making her privy to his plans regarding Jack, Billy tried out the password he had stolen from Dina but was denied access. From what we saw, she didn’t have time to change the password even if she’d copped on to what he was doing…so did she write it down wrong, did Billy enter it wrong, or was this another instance of Graham saving Dina’s butt? And…to send you into the weekend with a giggle, one observant “Y&R” viewer noticed something odd in a GCAC dining room scene. Hehe.

Who the heck needs this much jam and butter??? ? pic.twitter.com/e9rnE71FUc 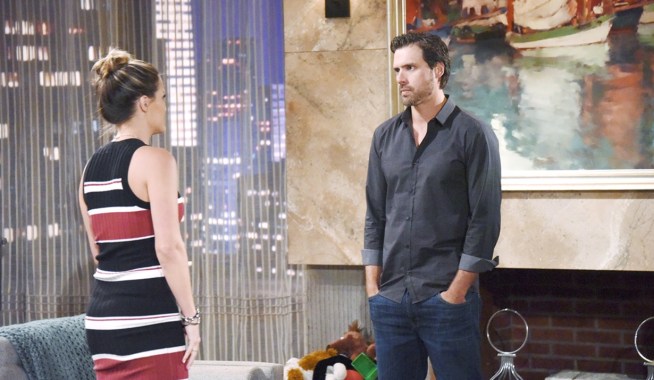 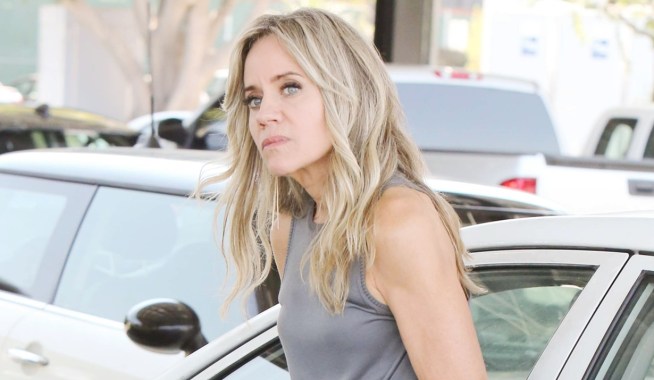