Young & Restless Just Set the Scene for a New ‘Power Couple’ Rivalry — and Victor’s Head Is Going to Explode! 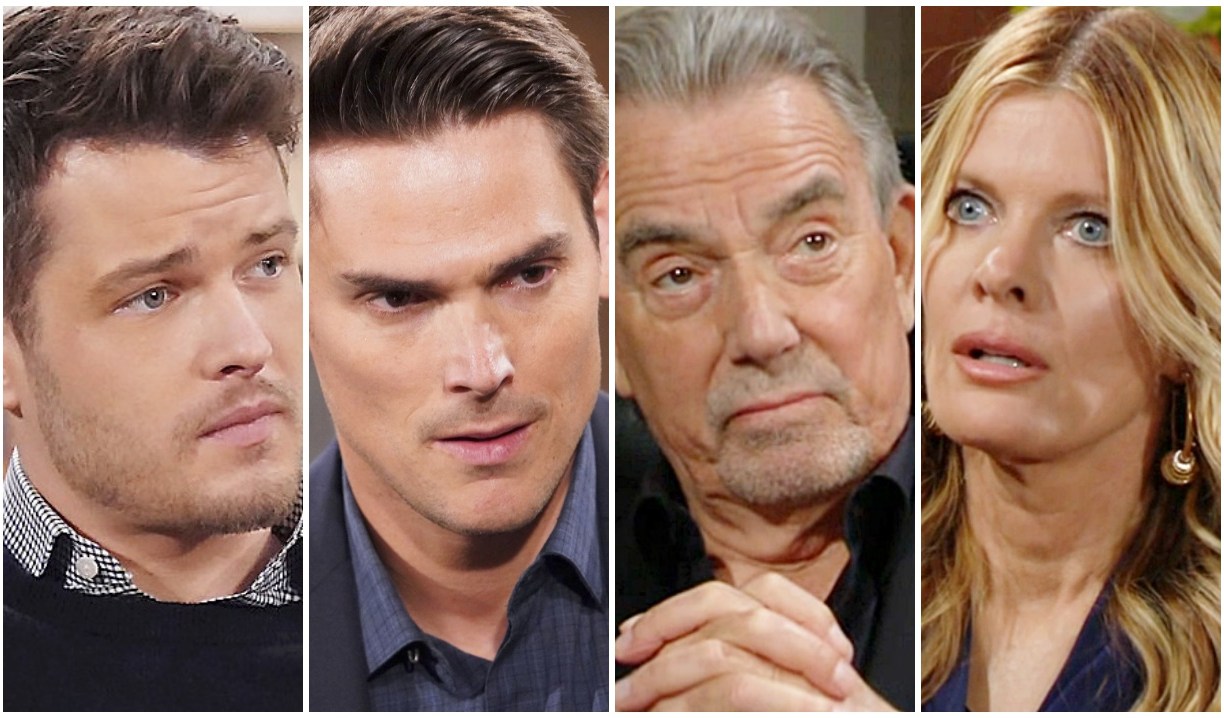 Young & Restless is trying to dial up the drama, but they’ve really just turned up the volume. Watching Phyllis scream and Victor rage can be a hoot, but we still need things to actually happen. We got a catfight for May Sweeps, but finished out the month with characters just repeating the same talking points. Less talk, more action: If Adam wants Newman, he should do something underhanded to get it. If Imani wants Nate, she should seduce him!

Phyllis is positively losing her mind because of Diane, who hasn’t done anything more than a little well-timed goading. Just knowing what her nemesis is capable of (and what her agenda almost certainly is), is driving Phyllis completely around the bend. To the point that she’s doing Diane’s dirty work for her by sabotaging her own relationship with Jack. Mark my words, Diane will move in on the Abbott patriarch in short order.

Let There Be Conflict and Messiness

Why on earth is Amanda so hell bent on defending Elena, who slept with her boyfriend Nate and hooked up with Devon again after they had started hanging out? If we could have nice things on this soap — like conflict — she’d be sitting back and watching the fireworks as her sister Imani sent a little karmic payback in Dr. Dawson’s direction. Of course, there was never any believable fallout from the cheating, so why would we start now? In any case, Young & Restless needs to start to show and not just tell. We’ve been hearing about Imani having her eye on Nate for eons — it’s all talk. Let’s get on with the seduction or at least seduction attempts. Maybe she hasn’t made her move because the company only holds meetings in public places…

Why are two corporations having a merger meeting in a hotel lobby??? #YR 🤦🏾‍♂️

There’s been a lot of talk about Kyle being nudged into the restraining order against Ashland by Summer and Victor, when his first instinct was to prepare Harrison first and move cautiously. It certainly seems to foreshadow that the move will come back to bite him… and then who will he blame?

Whether it was the writers’ intention or not, I have sympathy for Locke where Harrison is concerned. They are really belaboring the point that he let his young son believe he was dying, but did he ever say any such thing to the boy? Not onscreen.

In related, it was entertaining watching Sharon have a go at Ashland for faking cancer. That said, I can’t seem to get on the same level of outrage even though it was obviously an appalling thing to do. Perhaps because we never saw Locke working his evil plot to take over Newman Enterprises — instead, we watched a love story. This is undoubtedly why so many are rooting for Victoria and Ashland to reconcile and have sympathy for him now. Also, Victor and the others judging him are coming off as hypocrites.

A Rivalry For the Ages?

The preview indicates that Victoria will tell Ashland she wants to get back together, and spoilers suggest she will assert her independence, which sounds like she’ll say goodbye to Newman. This, of course, will make Victor’s head explode and I kinda can’t wait (even though I wish they’d built to a reconciliation). It’s also Adam’s dream scenario — at least if his father goes ahead and puts him in charge of Newman Enterprises. With Jack approving the Jabot/Marchetti purchase, the scene is then set for a rivalry between a new generation of power couples — Adam and Sally at NE vs. Kyle and Summer at Jabot. This could be interesting if there’s a decent story.

I would love to see a rivalry between these two couples. Summer and Kyle on one side Adam and Sally on the other #YR

I have to wonder how Ashland and Victoria will fit into future storylines. Will they start up a competing company? Will Locke buy up a controlling share in Marchetti to mess with the Abbotts since he’s already an investor? Or perhaps they’ll fight for custody of Harrison?

Noah and Allie discussing Billy’s podcasts? Really?!? Do they want us to fast-forward? The phrase “like watching paint dry” definitely applies here. There’s no chemistry/heat between these two and, sadly, they’re boring separately and together. Young & Restless might want to think about bringing Crystal back to GC to mix it up with Sharon and Nick’s son, which would also give Tessa family in town.

Take a look at Young & Restless stars then and now in the photo gallery below. 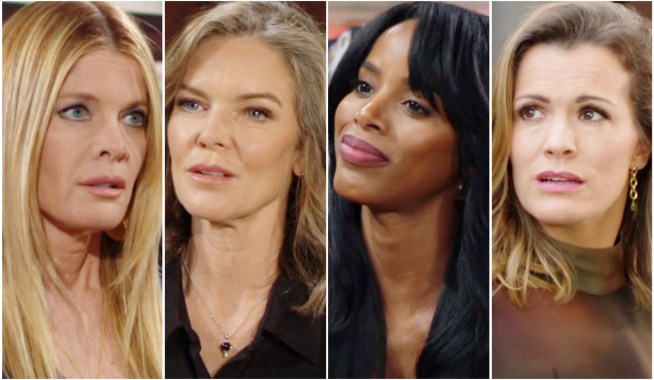 Young & Restless: Phyllis’ Hysteria Will Play *Right* Into Diane’s Hands — Plus, Victor’s New Ally and What’s Next for Chelsea 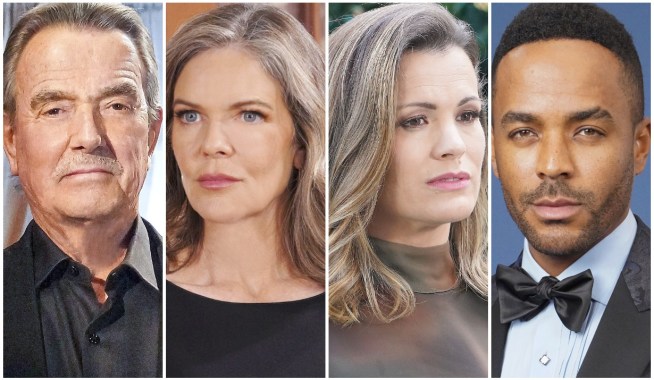