Young & Restless’ Victor’s Company Is in Dire Straits… Or Is It? Plus, Jack’s Pain Rings Hollow as Other Plots Put Fans to Sleep 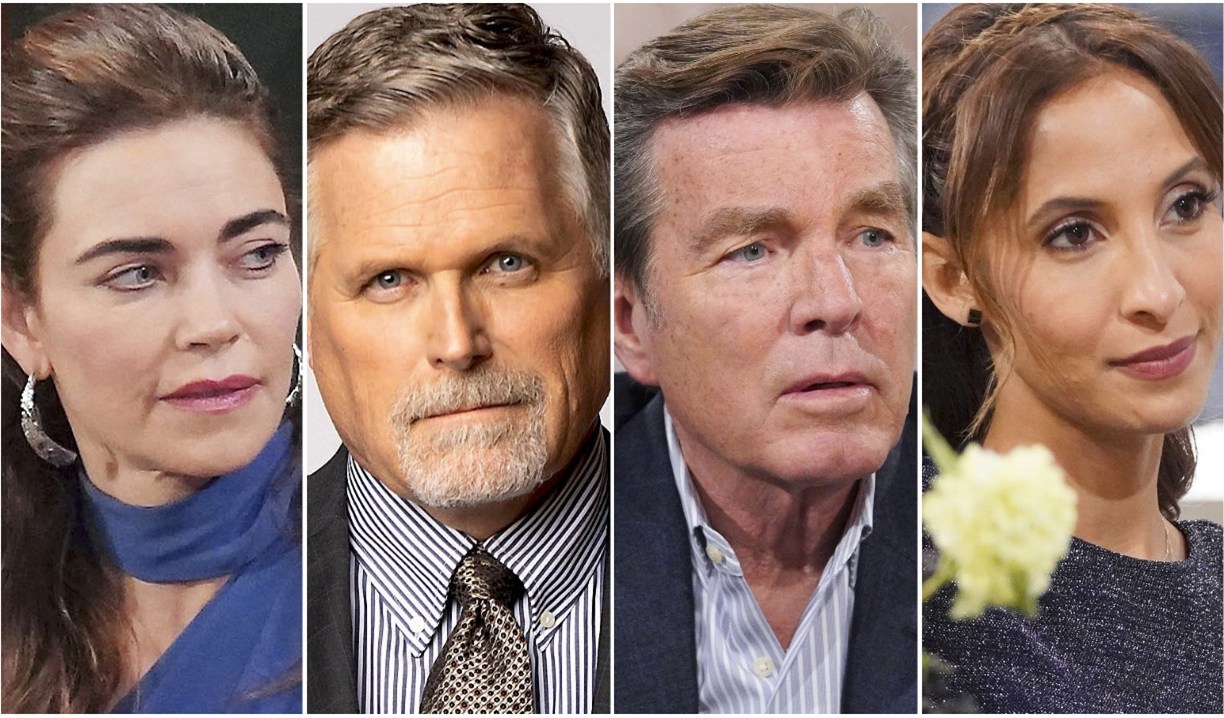 Young & Restless plots are almost universally tiresome and boring — too much talk and not enough action — unless you’re a Newman or Newman-adjacent in the storyline involving Victor’s company. Jack’s story could’ve been something, but fans believe it’s too little, too late, where Keemo’s concerned and too much man pain.

Ashland vs. Victor is the one plot with momentum on Young & Restless, and I do enjoy seeing characters like Nate being drawn in, and the battle intensifying, but it gets more unbelievable with each passing day. Are we to think Victoria would sign away half the company given the accusations flying around just to spite her family? Maybe she gave Ashland a fake contract and she’s playing up her outrage to give her husband false confidence so he’ll out himself?!? We can only hope, as otherwise, we’re (seemingly) in the midst of another story about women being incapable/blinded by love and needing men to rescue them. Adam, meanwhile, is eyeing the CEO seat for himself in the fallout. But given that he didn’t suspect what Ashland was up to, the narrative would then be that no one is savvy enough to run Newman except Victor, which wouldn’t bode well for the future of the company.

Jack’s anguish over the off-screen loss of Keemo fell a tad flat. It’s nice that we’re getting a new character (Allie) out of the deal, but the emotional hit we should be taking with this storyline just hasn’t materialized. Part of the problem is the years-long Keemo disconnect, and another is that we’ve had one man pain story after another — often rooted in retconned events that took place off-screen — and it’s getting harder and harder to give a hoot. Unhappy fans spoke out about Jack’s story earlier in the week, and have continued to do so:

PB is great as always but I feel nothing for Jack. After 2.5 decades of numerous regimes ignoring Keemo (and Jack being a deadbeat dad), his pain is so hollow.

Same. I am not buying this heretofore non-existing care for Keemo. And Phyllis seems bored in these scenes. This story line is too little too late, imo. #YR.

I don’t know what the negativity and tension is doing to poor Dom, but the constant discussion about it is on my last nerve. It’s such a boring storyline with these people doing nothing but talking about this child, and the focus on Chance’s survivor’s guilt over an incident we never saw and over people we never knew.

More: Y&R star opens up about her love life

Billy’s big moment to come clean with Lily was a sentence about how a possible merger (which is the only thing either of them talk about now) might affect him. He remains with nothing to do but be self-absorbed and cheer lead for Lily. Meanwhile, he’s gone from talking to himself about himself to contemplating meditation. Riveting.

We were hoping for Noah to liven up a bit, but the best they could do was give him a bit of a livelier scene thanks to the chatty girl he picked up. Cindy was giving Sharon hives, which was fun. By the time the influencer was fangirling over Tessa and Mariah I was over her though. ‘Teriah’ continue to have nothing to do but agonize over a wedding theme, and Faith is stuck in the most unrealistic and bland teen relationship of all time. Faith talks about what work she will do in the future and Mariah and Tessa will no doubt have to change professions once they finally get married because that appears to be all there is for Genoa City residents to do.

Viewers weren’t too thrilled with the offerings this week, and Wednesday’s episode, which featured Jack, Billy, and Chance’s man pain, went over especially poorly.

There wasn’t one scene I didn’t fast-forward through today. I’m really deeply concerned about the current state of #YR guys. @YandR_CBS

This is the most boring episode of #YR I've ever seen. All of these stories are not worth watching.

This is just my opinion. Feel free to join the conversation below, but first, don’t miss 75 eye-popping soap star photos in the gorgeous mega-gallery below.