Ashland and Victoria’s Story on Young & Restless Has Become All About Billy and It’s *Hella* Annoying — Plus, Mariah’s Surrogacy Ends in Heartbreak… But It’s Not Over 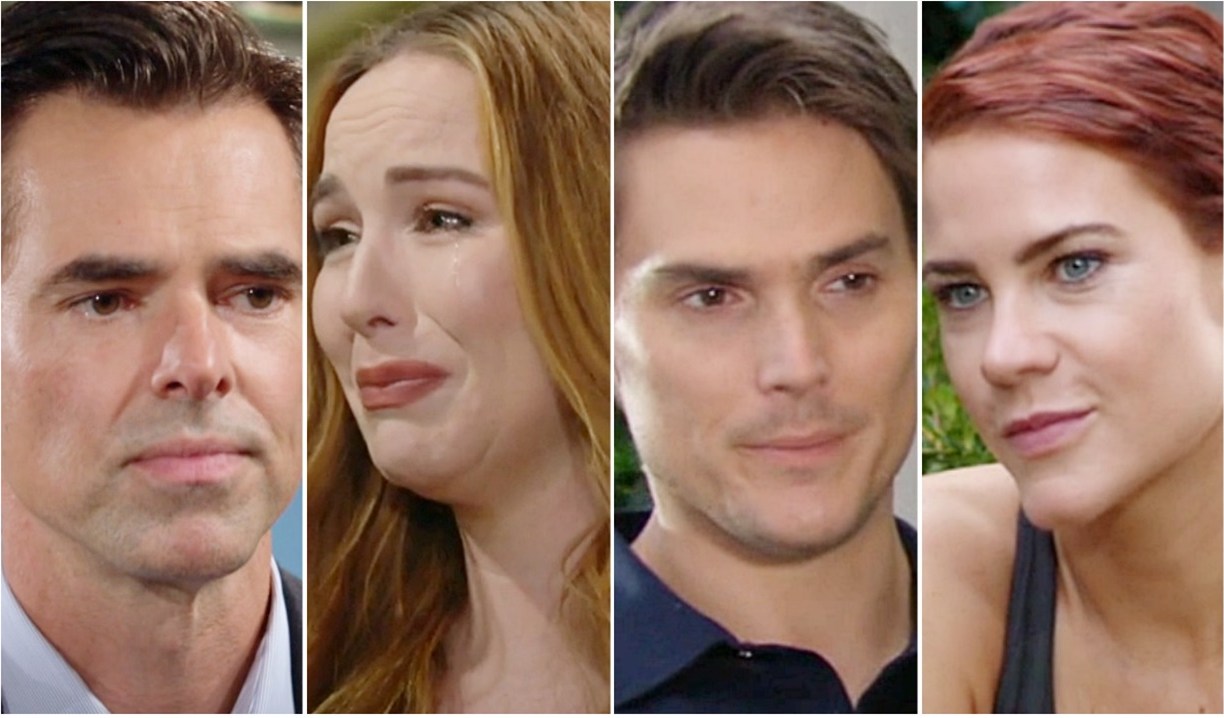 On Young & Restless, the big Victoria and Ashland story is playing out as predictably as the Stitch story did — I mean, who didn’t see his rags to riches “confession” coming? With Billy increasingly becoming the center of the plot, it’s also too easy to see where it’s going. Once again, few surprises or imaginative twists in this tale.

The surrogacy storyline gets more aggravating by the day. It was almost sad to see Devon being a baby whisperer to his first biological child, who isn’t actually going to be his son, and it felt ridiculous to have Abby running her decisions by Mariah and Devon, which only makes the attachment issues worse. The best case scenario in this plot was getting some heart-wrenching scenes when Mariah finally snapped, and that’s exactly what we got on Friday’s show. Camryn Grimes had me tearing up along with Mariah and the others during the goodbye to “Bowie,” and that’s exactly what I want from a soap.

Mariah is not my fav character, but Camryn is making this 💩 poop story smell like ⚘ roses. Kudos to her. #YR

What would have made the parting of ways even more emotional is if we had seen an actual baby after the birth and Mariah sneaking bonding time with him. Of course, we know from spoilers that Mariah will backtrack on her decision. The silver lining is knowing the story should drive some conflict in Mariah and Tessa’s relationship, which means they won’t fade into the background after this. As far as Devon goes, I’m looking forward to seeing more development in his stories with Moses and Amanda, which became sadly lacking once he was catapulted into the surrogacy plot. Abby, it would seem, is about to face a difficult time. It might not be a bad idea for her to move into the Abbott manse with Jack to fill that silence he keeps lamenting.

More: Inside the blanket: First look at Baby Dominic

There are currently several women feeling drawn toward Adam, which, if nothing else is at least something different than the norm. It’s still unclear whether this is going to end up being a triangle, either with Sally/Adam/Chelsea when she returns, or with Sally/Adam/Sharon… or if they’ll keep all three women in his orbit. The development with Connor blaming Sharon for his parents’ break-up, and Sally stepping in with him at the park, provoked grumblings from Sharon and Adam fans who feel it’s more of the same… teasing the pairing when they’re only intending to go in another direction. As soap drama goes, the angle of Connor resenting Sharon would work a whole lot better if “Shadam” were getting together… it’s pretty much a non-starter otherwise.

Been There, Done That

It’s a little disappointing to see Billy take center stage yet again in a story that appeared to be about other characters. Victoria’s been a difficult character to relate to at times over the years, but her love story with Ashland kind of brought her to life; arguably the best version of herself. She got her groove back with someone who really gets her, and is killing it as CEO of Newman. But it’s become all about Billy. The flip side of this, is that those looking for a Billy and Lily story have been left asking why all they talk about is Victoria.

Making Ashland an enigma with a mysterious past has been an intriguing way to go, but I’d much rather have seen Victoria figure out what he’s hiding on her own and blow him out of the water at the altar just as he thought he’d pulled it off, or expose him and work through it to become the power couple many are hoping to see. Much preferable to another predictable outcome with the damsel in distress being “rescued” at the 11th hour, and the guy everyone thought was wrong proven to have been right all along. It’s way too “Liam on Bold & Beautiful” for my taste.

Frankly, it’s offensive to always have the men folk “protecting” the unwitting female — I think if Victoria can do due diligence on a merger in business, she would be equally as careful as to who she’s getting involved with personally… especially given her history with JT and Billy. For that reason, the narrative that she doesn’t want to know Ashland’s true identity doesn’t fly for me. It would be a very pleasant surprise if there were some unforeseen twists in how this plays out. With all of that said, I’ve enjoyed watching the interactions between Ashland and the men in Victoria’s life as they’ve become more intense…the acting, as always, has been top-notch.

They really made Victoria weak for this man….they had something really nice and they messed it up smh #YR

* Nick asking Jack if he thinks he and Phyllis are well-suited was a real “D-oh” moment for me. This plot jag feels contrived rather than organic. There was literally no believable catalyst for Nick to suddenly begin questioning his relationship other than the writers suddenly veering toward a Phyllis and Jack do-over.

* Faith and Moses actually had a conversation this week that went something like, Faith: “I’m happy!” Moses, “I’m so happy you’re happy!” Dreadful stuff. Do a real teen story with a) other teens, b) realistic teen dialogue and c) drama.

* I’ve no idea where the writers are going with Elena always being tired. I’ve seen fans speculating that she’s perhaps sick, or even pregnant. Either would be intriguing, but I fear it’s just another boring storyline for her and Nate. Why won’t they write some dynamic drama for them? At one point there was hope of at least a triangle with Imani, but sadly, she seems to have disappeared.

This is just my opinion. Feel free to join the conversation below, but first, take a peek at photos of Mishael Morgan’s storied run as Amanda and Hilary in our newest gallery! 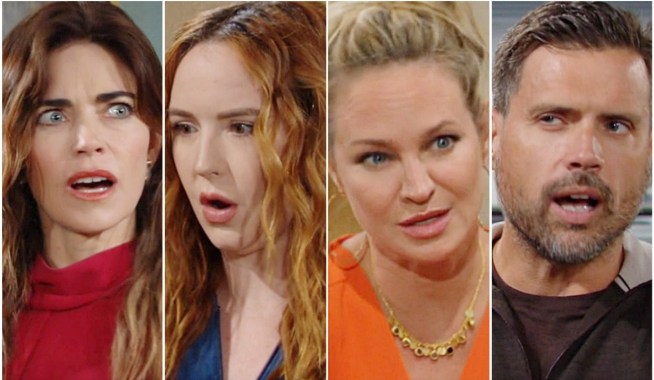 Ashland’s Secret is a Deal-Breaker… or Is It? Plus, Agony at Abby’s and Half of That 'Shick' Conversation Made No Sense

Young & Restless Trots Out More Man Pain in Pointless Jack Standalone — Plus, Phyllis and Nick Uncover Ashland’s Secret, but Will It Be Worth the Wait? 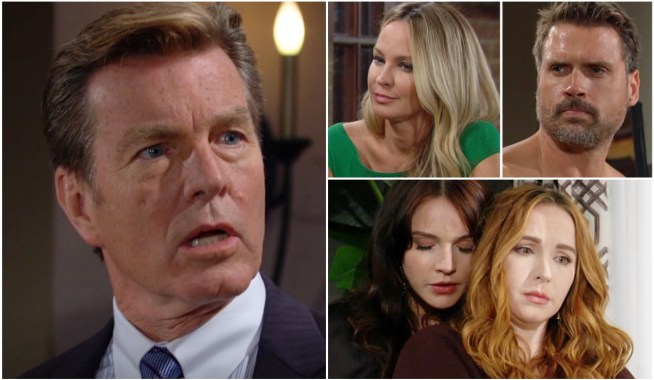