Listen Up, Young & Restless, ‘Cause We Need to Talk About Your Lack of Romance, Drama and… Well, All Things Soapy 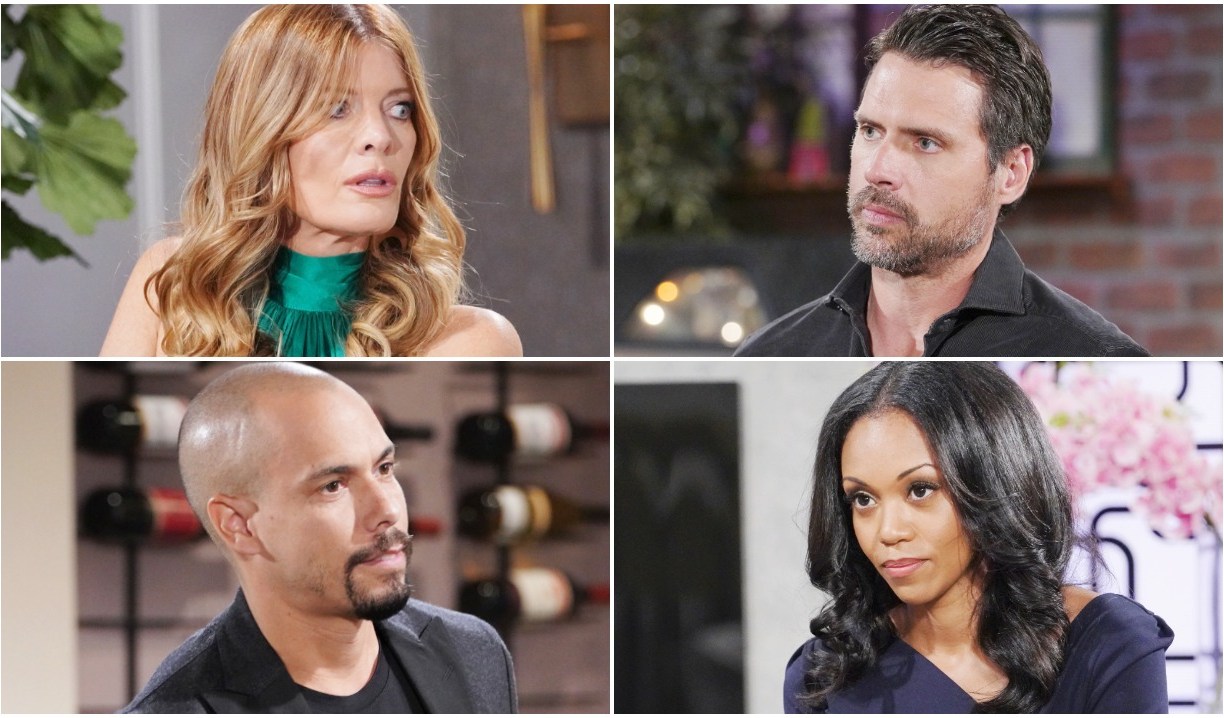 This week, The Young and the Restless allowed Amanda and Imani to kinda sorta maybe prove that Sutton might have killed the character nobody knew or really cared about. The show also continued to have everyone fret about Mariah — who has either been kidnapped or is sitting somewhere meditating — while continuing to pretend that Phyllis couldn’t grind Tara under her heel. In other words, there was a whole lot of treading water and not much in the way of actual storyline. Since the much-missed Candace Young is still on vacation (don’t worry, she’ll return next week), I’m going to take this opportunity to dish out a little tough love.

Loyalty Has Its Limits

It goes without saying that I am what’s considered a “forever fan.” I’m more faithful to my soaps than the characters populating them are to their significant others. Like many if not most soap fans, I stick by my shows through thick and thin, through sick and sin. (Kudos and imaginary prizes to anyone who can name the trashy 1982 miniseries from which I lifted that last part.)

Fans know that all soaps go through rough patches. Sometimes, the tales told during those periods become borderline legendary for all the wrong reasons, like Young & Restless‘ reliquary story or the time Guiding Light cloned Reva. But the worst thing that can happen is for a longtime viewer to look at a show and say, “There’s nothing here for me anymore.” 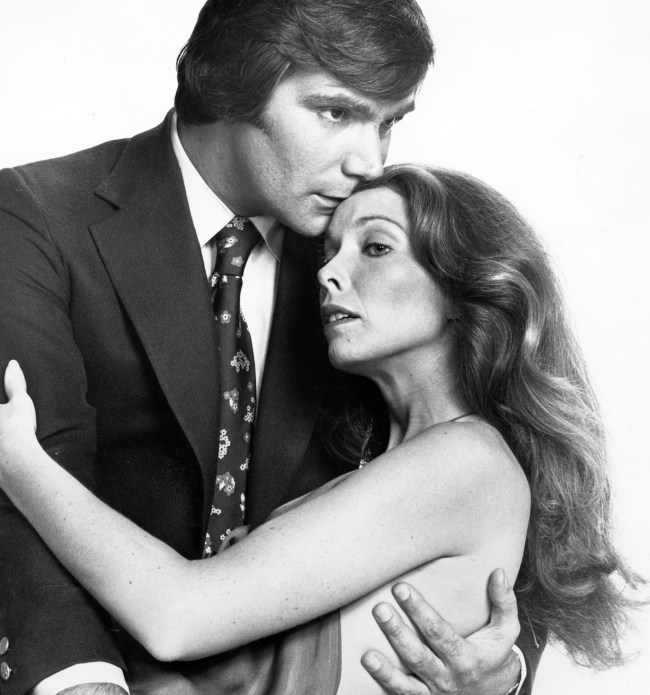 Even the photo shoots of classic Genoa City pairings (such as this one of Lance and Lorie) were filled with drama and romance!

Like any other addiction, walking away from a soap is hard. For many of us, the characters have been in our lives for decades, making it difficult to simply… stop caring about them. But all one has to do is look at the ratings for the four remaining serials to know that more and more viewers are doing exactly that. In today’s world, there’s a lot competing for our attention. We no longer live in the three-network era during which soaps ruled the daytime airwaves.

That’s not to say that soaps need to reinvent the wheel. Would I like to see more modern storytelling, playing all the complexities of human sexuality the way the reboot of Gossip Girl does on a weekly basis? Yes. But were Young & Restless doing what it has always done best in the past — telling dramatic storylines with big payoffs set against a backdrop of sweeping romances — I don’t think I’d spend as much time focused on what it’s not doing.

It feels like ages since The Young and the Restless told a story that truly gripped me. Instead, plots seem to go down drama-free paths that are usually pretty predictable. As excited as we were when the show corrected the mistake it had made in letting go Mishael Morgan by bringing her back, we all knew Amanda would turn out to be Hilary’s secret twin. Once this (finally) came to light, Amanda and Devon were paired up but given precious little to do as a couple. Instead, she was spun off into a tedious “murder mystery” about the long-ago death of a character we never knew, and Devon somehow wound up fathering a baby for Abby as opposed to starting his own dynasty. 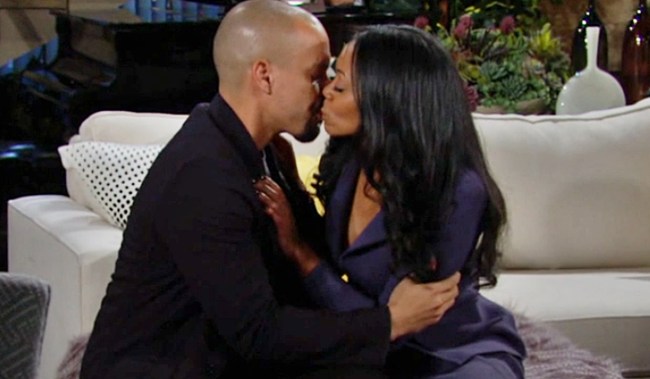 We want to see more smooching, less talking between these two!

This week, Victor tricked Sutton into confessing (although given that he never said the words “I killed Richard,” I suspect any halfway decent lawyer could prevent him from being convicted). While it was fun watching Victor toy with Amanda’s grandfather, it ultimately proved frustrating as the story had no real impact. When Amanda and her sis began urging Naya to recant her confession, I assumed perhaps their mom would mysteriously wind up dead before being able to do so. But no, because that would have been a big, dramatic twist, and that’s simply not how this show rolls these days.

On the plus side, it did bring Imani and Amanda closer, to the point that they’re thinking of opening a law firm together. Imani’s a walking ball of fire, so there’s definitely potential there.

I’m also struggling with the Phyllis story. I mean, this is one of daytime’s all-time great manipulators, and we’re supposed to think Tara is somehow a worthy opponent? And why is Nick completely absent from this story? Wouldn’t it be far more interesting if Phyllis reverting to her old ways created tension between them, especially were she to team up with Ashland in order to bring down his ex-wife? This would also create tension between Ashland and Victoria, my current favorite pairing, because she (like Nick) would obviously be less-than-thrilled to have him spending time with Phyllis. 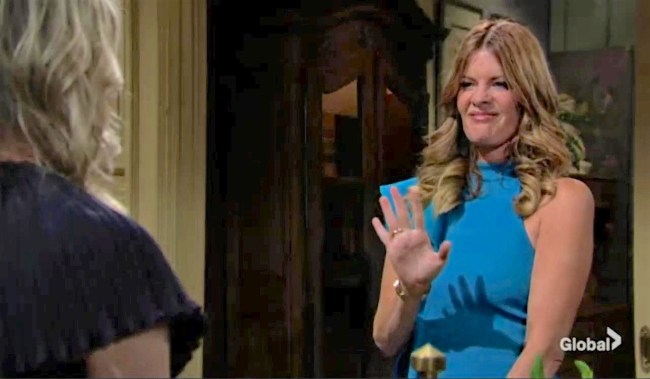 “Talk to the hand, little girl… a hand which is about to slap you silly, by the way.”

I want to be more invested in the “Where’s Mariah?” story than I am. Unfortunately, from the beginning, the baby storyline has proven to be less than the sum of its parts. I like all of the characters involved and have thought for a long time that Mariah, Tessa and Devon needed far more to do. I also wanted Stitch back on the canvas. 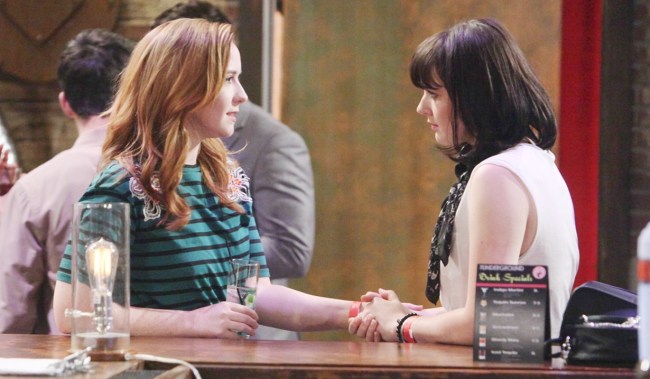 Absence makes the heart grow fonder, but Mariah’s seems to have made her love ones dumber!

Well, be careful what you wish for because like most of you, this definitely was not what I wanted for any of them.

How is it that I know Mariah better than any of the people who claim to love her? There is not a chance in hell she would leave town — while carrying another woman’s baby — without first sitting Abby and Tessa down to talk about it. Maybe, just maybe, the Mariah we first met years ago — who had no responsibilities or family ties that she knew of — would have behaved in such a reckless manner. But the woman she has since become? Nope. Her loved ones should be absolutely freaked out about this development instead of debating whether or not something might be wrong. 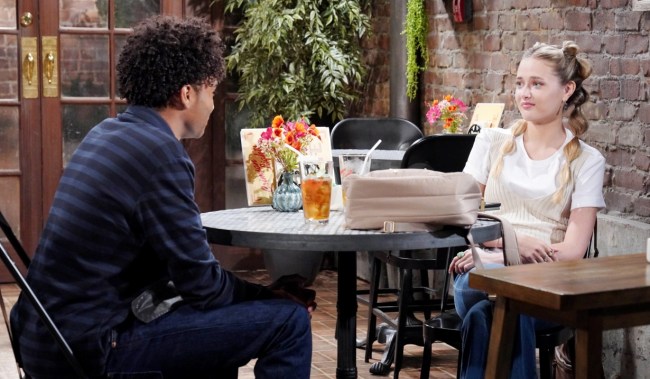 • I like Moses and Faith well enough. They’re cute kids, well played. But I have to admit I found Faith more interesting when she was drinking and getting into trouble. Two nice kids hanging out at the coffee shop with Tigirlily isn’t much of a story, especially during summer when soaps try to capture that elusive younger audience that’s home from school.

• My favorite line of the week came when Sutton pointed out that Victor was hardly one to be offering advice on how to handle family matters. “I’ve heard horror stories about your awful relationship with your own children,” the accused murderer said. In turn, Victor grinned and quipped, “You haven’t heard all of them… there are many!” I like when writers have characters own their own mistakes and hypocrisy.

• As I said earlier, I love the Victoria/Ashland story. I buy them as a couple, and they make sense to me. Was it impulsive of her to move a dying man into the home in which she’s raising two children? Definitely, but let’s not forget this is the same woman who got drunk and married Billy. We think of her as borderline uptight, but when Victoria lets her hair down, she can be pretty spontaneous… even if she often later regrets her actions.

Now that I’ve unleashed my thoughts about this week’s episodes, let’s hear what you have to say. Hit the comments section with what you’re enjoying, what you’re not and what you’d like to see happen next. Then, join us as we spill some secrets… beauty secrets, that is! Because in this very special feature, your favorite daytimers from all four soaps share some of the tips that help keep them looking as gorgeous as… well, the soap stars they are! 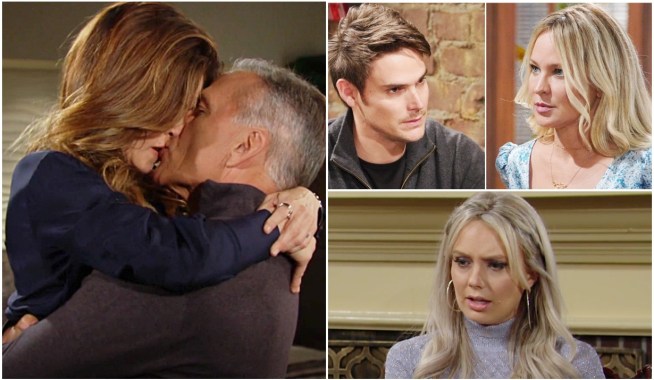 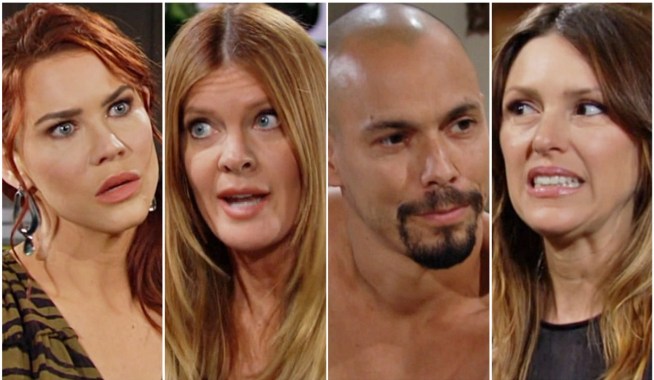