Young & Restless Turned Stitch Into a Creeper and We’re *Not* Having It. Plus, Ashland Wants to Go Out With a Bang — and the Anticipation Is Killing Us 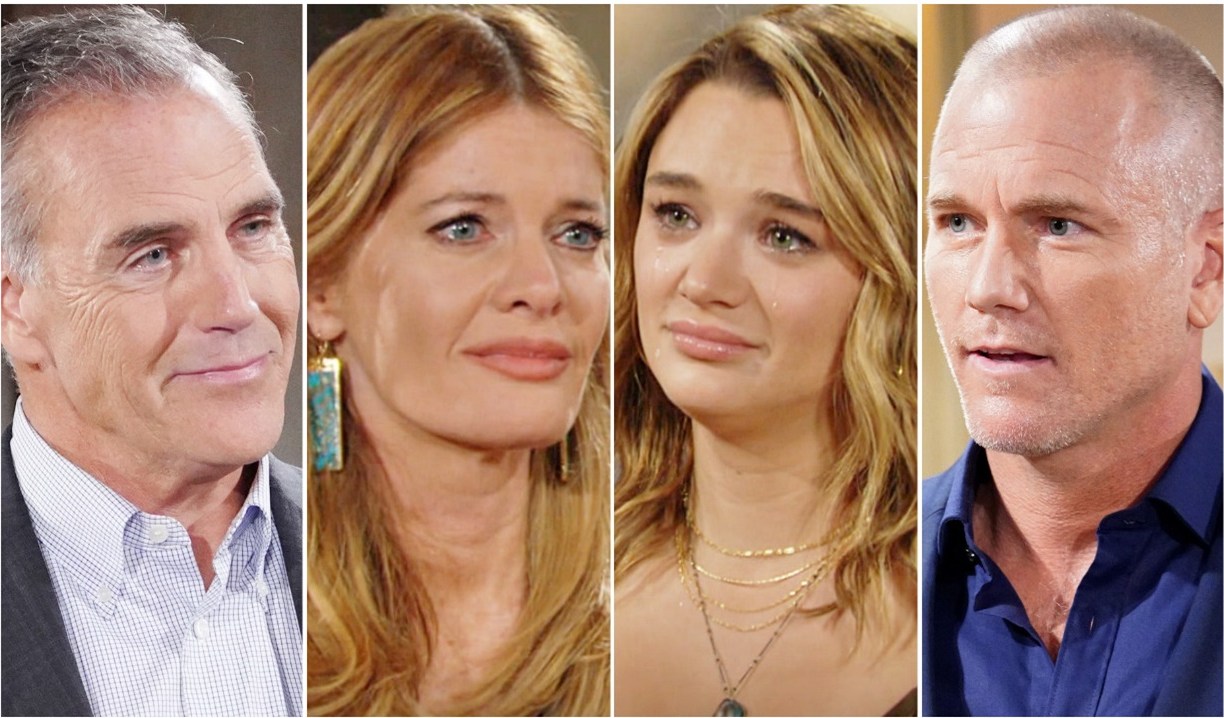 Young & Restless feels adrift again — or still — as the case may be. There are intriguing possibilities, but we’re back to always anticipating with little to no satisfying follow through or payoff. Hot topics this week include Summer’s departure (one goodbye made me cry!), Stitch’s return, and Ashland and Victoria’s slow burn.

Summer’s farewells were poignant because it felt like Hunter King was saying goodbye to her castmates, rather than just the characters parting ways, and it turns out that was likely the case. Not only that, but Michael Mealor could be on his way out as Kyle as well. This development doesn’t bode well for GC’s younger set, which continues to take hits under this regime. Going back to the goodbye scenes, they were all strikingly emotional, but it was Phyllis’s voice cracking as she tried to buoy up her strength while seeing her daughter off that actually brought me to tears.

I went from “Yay, Stitch is back,” to “What the actual *&$%?” as things progressed from a seemingly normal visit to odd and then full-on into ‘watching a pregnant lady through the window’ creeper mode. Young & Restless bringing Stitch back for Abby would have been unpalatable, but if they’re planning to throw yet another character under the bus for the Baby Chancellor surrogacy debacle, well, that’s just adding insult to injury. Viewers expressed their dismay and shared theories on why Ben might be behaving the way he is:

Please tell me they are not making stitch into this creepy crazy stalker dude. #YR @MelissaOrdway

After yesterday’s episode, a lot of people are saying Stitch seems interested in Mariah & will end up delivering the baby. I don’t think it’s Mariah he’s interested in so much as the baby she’s carrying. And I think he’ll not only deliver him, but kidnap him as well. #YR

Another storyline can be he’s distant from Max and blames Abby since she ended their marriage by saying she never really loved him and that was the beginning of him snapping or is Max really just the stalker and Stitch is searching for him and don’t want to alert anyone? #YR

Frankly, they could have had Stitch and Abby hook-up, resulting in her getting pregnant, and we’d have been more accepting than with the creeper nonsense. What do you think?

Okay, this slow burn with Ashland and Victoria is really delivering, but can they please have a romp already? I’m riveted when their conversations turn suggestive, such as when he told her he wants to go out with a bang… before asking her to spend the night with him. Gah! Of course, she put him off again. As much as I want these two to hit the sheets, the build-up has been fantastic, and it’s also fun to watch their cat-and-mouse routine with the business deal and try to figure out who’s playing who. Whether Ashland *goes out* with a figurative or, ahem, literal bang — or both — it will be a sad day, as this storyline is one of the show’s best right now.

Billy has been working our last nerve — and that of several Genoa City residents — as he hounds and agitates. The thing is, he’s very likely to be proven right about his hunches and concerns… which will then be extra irritating. They also have Billy and Lily in cahoots as they attempt to get the dirt on Ashland, and while I can see what they’re going for — a sexy and intriguing couple who works and plays together — fans aren’t exactly eating it up. I’m on the fence, as the antics are somewhat out of character for Lily, and yet she’s a little more fun in this mode. She needs to brush up on her undercover skills though; her attempt to finesse information out of Victoria wasn’t too slick.

Well, I loved that scene in the park with Amanda telling Sutton where he could go every bit as much as expected! Where this story is concerned it’s all about these emotional clashes; the family dynamics are so soapy. When it comes to the details, the longer it goes on, the less viewers seem to care who killed Richard, despite it being important to Amanda. It’s unfortunate they didn’t have at least one of Amanda and Hilary’s biological parents closely tied to someone significant on the canvas so that fans felt more invested; the tenuous connection to Victor hasn’t proven to be enough. Here’s hoping they wrap up the case and move forward with the character-driven family drama.

Set Up to Fall

Sally’s sniffing around Jack again and is pretty much on top of the world after accepting Lauren’s offer to be the acting president of JCV — on Summer’s recommendation no less. I’m not sure what the motivation was there, but I suppose what it all adds up to is that the fall will be far greater for the redhead when her role in this latest plot is exposed. Meanwhile, Tara was reaping the benefits over at the Abbott house as well as she ‘comforted’ Kyle and reminisced. After puzzling over the tabloid leak about Ashland, which Tara got blamed for, I was actually back to suspecting that Tara and Ashland are working together to scam the Abbotts and the Newmans. But we’ll see.

Uh oh, Chelsea’s plotting again. I’m still convinced she’ll get to the point where she’ll try to escape and go on the run, if only to facilitate Egan’s maternity leave. With all the talk of Connor coming home I have to wonder whether Chelsea will make a break for it with the kid in tow. But how will she manage to spring herself? Will she ask for Chloe’s help again?

This is just my opinion. Feel free to join the conversation below, but first, take a peek at photos of soap stars who are aging gracefully in our newest gallery! 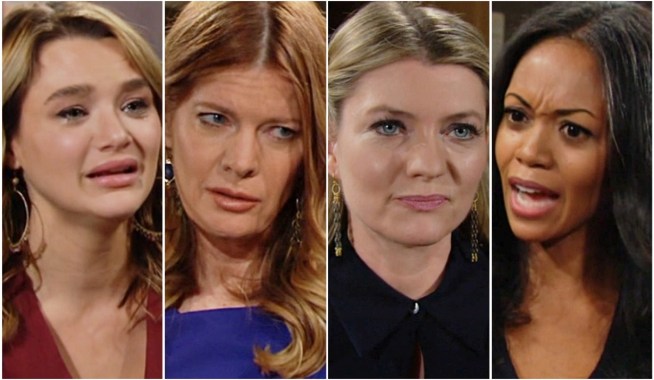 Young & Restless *Needs* to Unleash Phyllis on Tara — Plus, the Hilary Leapt out of Amanda, and Will Ashland's Mysterious Call Change Everything?

Young & Restless' Ashland and Victoria Have a Shocking Announcement, Imani's Deliciously Messy — and Where in the World Is Mariah Copeland?! 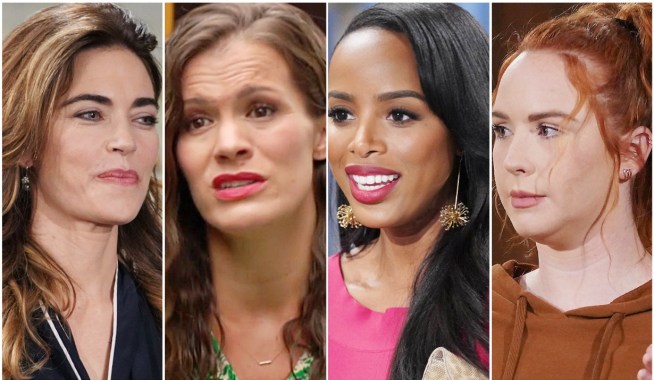