Young & Restless *Needs* to Unleash Phyllis on Tara — Plus, the Hilary Leapt out of Amanda, and Will Ashland’s Mysterious Call Change Everything? 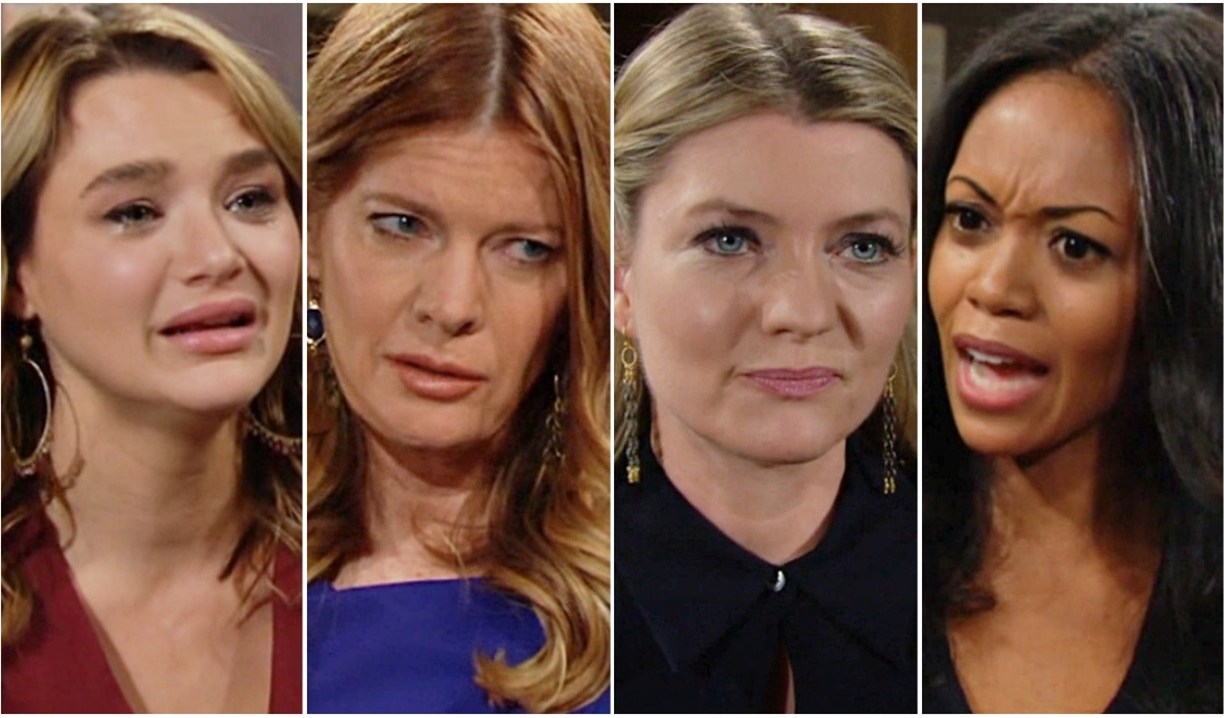 It was a much-improved week for Young & Restless, particularly toward the end when it became apparent that a concerted effort had been made to bump up the drama several notches. Not only did we get some fantastic emotional and confrontational scenes, but there was a foreboding new music cue involving some sort of bass drum being used to punctuate the goings-on. A nice touch if a bit distracting. Thoughts on the week:

Hunter King and Michael Mealor did some exceptional emoting this week as Summer broke the news that she was going to leave for Milan and pushed him away as a result of Tara’s threats. Their collective panic and heartbreak was palpable in every one of their scenes (even if it seemed a little out of character for Summer not to fight back). In more good news, Tara’s lack of emotion and saccharine sweetness is being used to its best advantage as a creepy schemer. As Tara tightened the screws on Summer, viewers hoped against hope that she’d spill the beans to Kyle — or better yet, her mother. Oh yeah, Mama Bear needs to find out that Tara’s blackmailing Summer and deal with her as only Phyllis can. She’s already suspicious, and Tara may have showed her hand by dropping into the hotel to gloat. The risk, of course, as is wont to happen when Phyllis gets involved, is that she will make matters worse. I’m all for the messiness of that possibility.

Be careful, Tara! Phyllis is not the mama bear you want to go up against. #YR I hope she brings it!!!

Oh, Tara. You don’t want to poke the bear that is Phyllis! #YR pic.twitter.com/nKBxahGNJI

In related, how cute is Nick; deciding to fly to Italy with Summer and get her settled? And how funny was Phyllis telling him that Tara’s nuts?!

Amanda was on fire in her scenes with Naya! And later with Devon, and then Imani! The cool attorney was definitely channeling her late twin, Hilary. I want so much more of this type of drama on Young & Restless.

Even if you guessed that one of Amanda’s family members killed her father, the realization dawning on Amanda was still riveting as she ran an emotional gamut. While some fans are looking for this plot to wrap up given that it involves characters fans don’t know, here’s hoping Imani sticks around. She is just the kind of character we need to see mixing it up in Genoa City. She sure seemed to like Nate…

Wow, was it the near-death crab cake experience? The idea of her leaving? Just like that Nate was over his trust issues with Elena and she was throwing all in with him. They certainly do steam up the screen together, and both deserve to be happy, but I sense trouble ahead after such a quick change of heart. Will it come in the form of Imani?

Whew, Billy is really making an art of being a thorn in people’s sides. The quintessential agitator. Between spying on Victoria, warning Ashland (who was — hilariously — amused), and showing up to needle Adam, I realized it would be quite satisfying right now to see Billy get knocked down a peg. Conversely, it’s kind of funny seeing him squirm as he waits for retaliation from Newman Media that hasn’t come yet, which in a way, is Adam messing with him. In related, there was another one of those feel-good brotherly moments when Nick had Adam’s back. Love it.

My take on Victoria and Ashland after this week is that Victoria thinks she’s in the catbird seat with the pending merger, but Ashland is very likely playing her. If he’s not dying, and they move forward with a quickie merger, he could very well takeover Newman Enterprises as retaliation for Victor forcing him to sign over Cyaxares during his heart event. Looking ahead, I had to wonder if Ashland’s mysterious phone call in the preview for next week will be alert him to the fact that he really is Harrison’s biological father. And if so, how will he take his revenge on Tara and the Abbotts?

It was so good to see Stitch again — a favorite character of many viewers and an eligible bachelor to boot. Given they threw him immediately into Abby’s orbit, one had to wonder if they’re going to kill Chance off and give Abby and Stitch a second chance at raising a baby together. Thoughts?

After Chelsea’s nightmare about Victor, Adam and Rey taunting her about being locked up forever, I’m convinced she’ll make an escape as Melissa Claire Egan’s maternity leave approaches.

This is just my opinion. Feel free to join the conversation below, but first, take a look back at photos of the life and many loves of Abby Newman in our gallery. 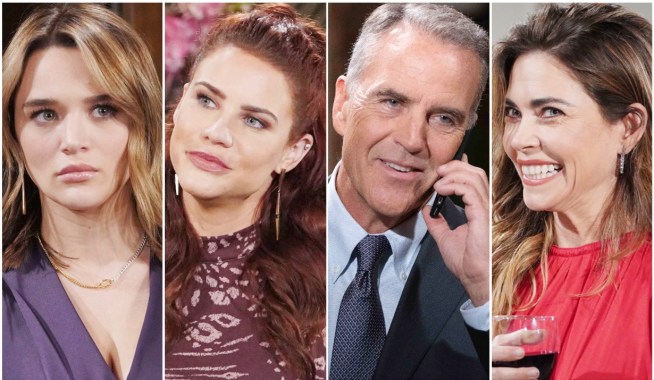 Young & Restless' Summer Is About to Think Herself Into a Real Mess. Plus, Everyone’s Talking About Victoria and the 'Big Bad Wolf'

Young & Restless Turned Stitch Into a Creeper and We're *Not* Having It. Plus, Ashland Wants to Go Out With a Bang — and the Anticipation Is Killing Us 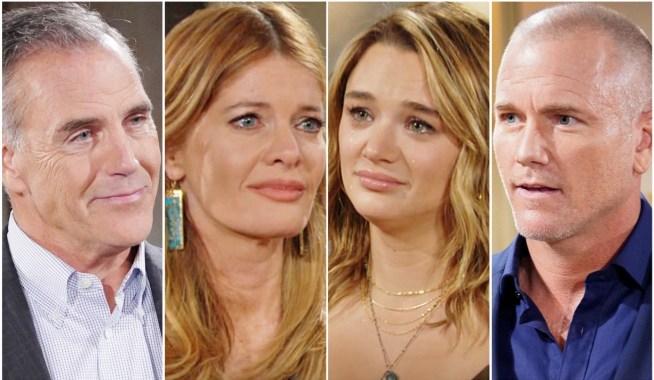