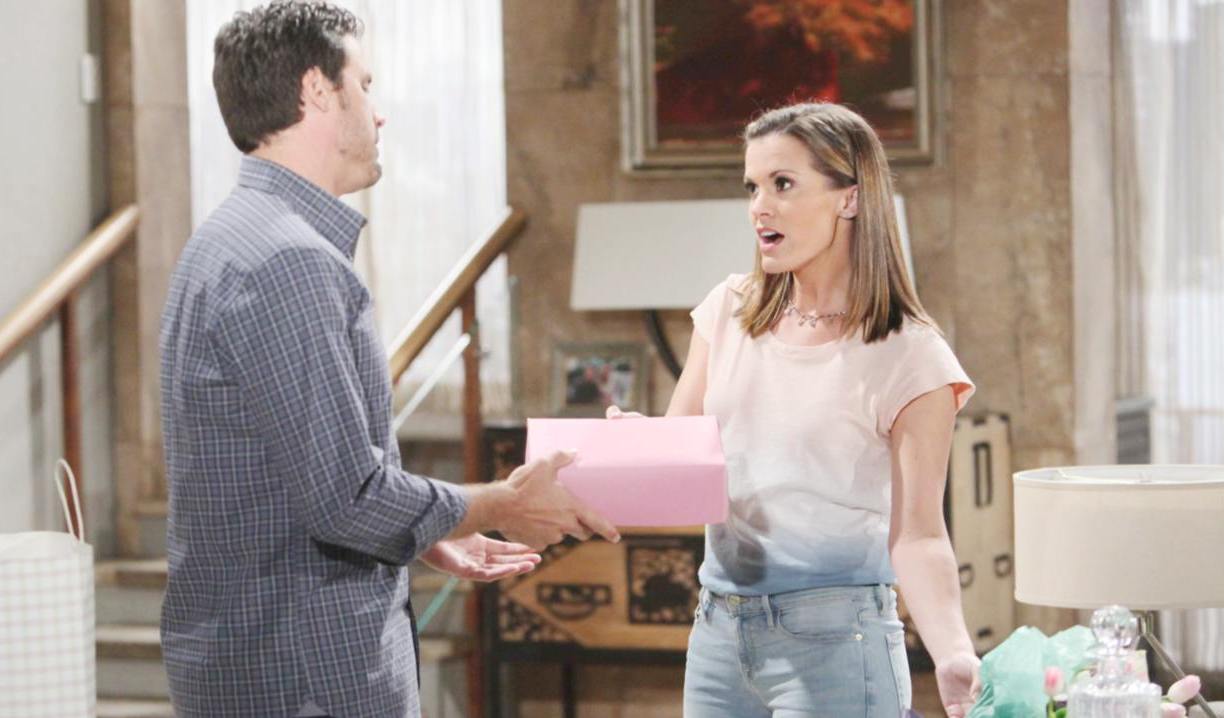 Genoa City is back to needing an infusion of glamour and/or exciting happenings. Though there’s certainly been some drama, “Y&R” has taken on a low-key feel that’s more fizzle than sizzle. It would be amazing if the writers would run a little more with what works onscreen instead of on paper; take risks and have more going on than dialogue. Thoughts:

Refocus.
Billy and Phyllis need a focus other than Victoria. It comes off very ‘one note’, reflecting the tunnel vision in the writing.

Cut your losses.
Nick bickered with Phyllis about Billy and it was far more engaging than his scenes with Chelsea, whom he’s actually in a relationship with right now. Chelsea and Nick discussed Jordan, their jobs, and his gifts, and it was an absolute snoozefest. Nick has chemistry with numerous other characters, and Chelsea sparks more with his son, Noah, than she does with him. Change it up.

More: The top 10 reasons we love Y&R and other soaps

Steadying force.
Hilary’s pot-stirring seemed to come to an abrupt halt as she became vulnerable and regretful. She and Devon shared a close moment as he held her, which was a nice beat showing the connection between them hasn’t been severed. There is a powerful undercurrent there in contrast to his placid contentment with Mariah.

The fight continues.
As mentioned in the last Deconstructing Y&R, Cane’s cheating scandal rocked those around him. While I thoroughly enjoyed seeing Victoria come out of her controlled shell to lash out at both Juliet and Cane, the change in Juliet has been unfortunate. Her potential as a long-term character seems to have been sacrificed for this plot. Lily is perhaps the person most impacted by all of this, however, as she was humiliated by the hotel footage and left in a position to decide whether to merely be angry at Cane for being a drunk idiot, or dump him for possibly cheating and keeping her in the dark. Her sobbing was so heartbreaking! Jordan, naturally, was there to offer support and to helpfully point out that if he were her husband she would never be in this position. Hehe. Viewers remarked on Cane and Lily’s situation:

It's always The Cover-Up that gets people in more trouble than the actual Crime. I figure Cain would know this by now, Guess Not. ?. #YR

Lilly please you had an affair cane forgave you #YR

Mommy issues.
Jack was a man on a mission as he tried to ‘pimp out’ both Ashley and Gloria to work their wiles on Graham. Both women were suitably unimpressed, as Ash bluntly shot the idea down and Glo threatened to slap him (I wish she would have!). He also spent a fair amount of time haranguing Dina about Graham. At this point, they’ve built up the mystery of Dina and Graham’s relationship and dragged on the secrecy so long that it’s doubtful the reveal will actually justify this extended cloak and dagger routine. It bears repeating that after noticing the vibe between Ashley and Graham during their meeting at the Club, I began to hope that he wouldn’t turn out to be shifty after all. Now the ‘signing of the will’ has come into play, so we’ll have to see.

Stress test.
Loved the scenes with Sharon catching Nikki inhaling the scotch; their interactions are always so good. Based on Nikki’s determination to hide her MS and do the concert against doctor’s orders, I’m guessing she’ll either show up soused or be stricken with symptoms and unable to play.

Rerun.
The Sharon/Scott/Abby/Zach scenario continued to unfold exactly as expected. Victor got into the mix by pushing Scott and Abby to work together. This is shaping up to be a repeat of what they did with Billy and Victoria – trying to force the pairing by passing off bickering as sexual tension, having the man come to the rescue, and having other characters ‘sell’ it.

More: Justin Hartley’s This Is Us season two premiere date

Friday notes.
I’m off Friday, so please be sure to let me know what you thought of the episode!