Young & Restless’ Nick and Adam’s Emotional Drama Hit Fans in the Feels — As Does Nikki and Sharon’s — But What Will Happen Next? 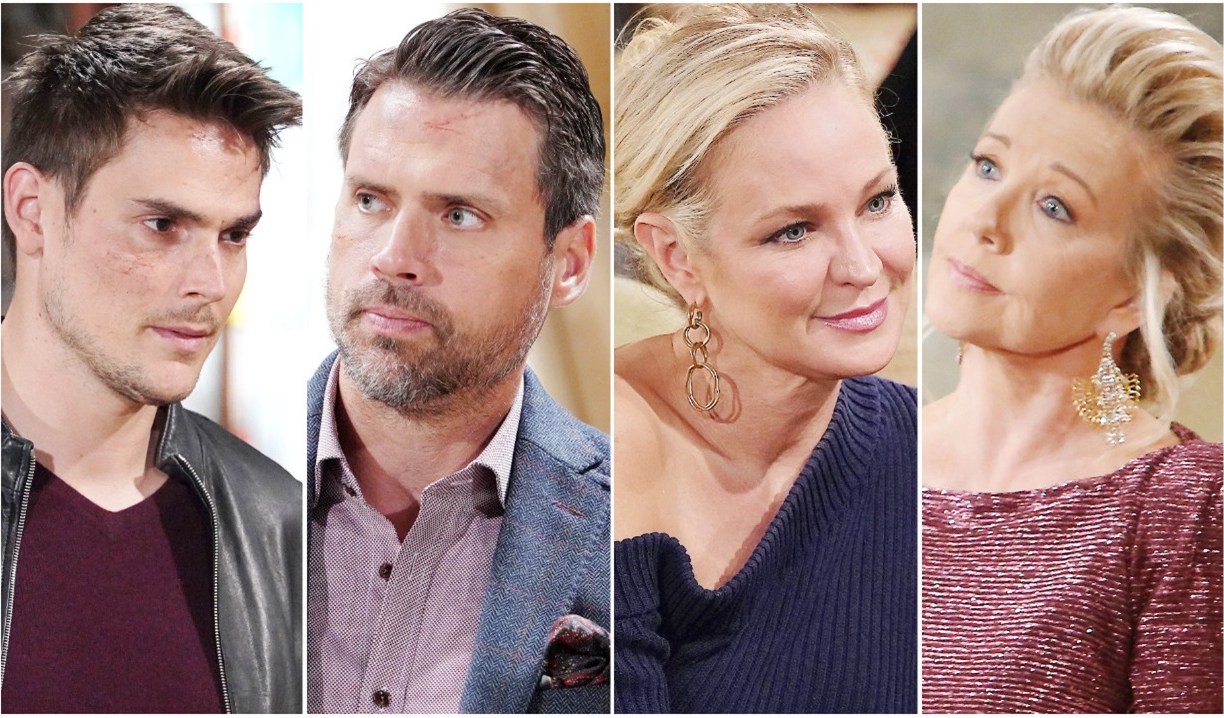 The Young and the Restless’ character-driven drama easily won the week.
From Victor being Victor, to Sharon and Nikki sharing a moment, to Nick and Adam’s truce, the material that resonated with fans on an emotional level was really hitting, with the more plot-driven stories, unsurprisingly, not making as much of an impression. Here’s hoping that the writers take their cues from these successes moving forward when it comes to other characters and stories outside of the Newmans.

The beats are being played perfectly in Faith’s storyline, from Sharon’s true-to-life emotions when dealing with Elena and Nate in the hospital, to Moses’ concern for Faith, to Faith’s worries about her Uncle Adam. Among the best scenes to come out of the ongoing drama were those between Sharon and Nikki. Their delicious and well-documented rivalry has been a mainstay over the years, which made it all the more emotional for them to come together at this difficult time. In this instance, it felt a corner of sorts was turned as Nikki expressed admiration for how Sharon handled her battle with cancer and admitted she’d come to respect her. And just when viewers were reaching for the tissues, the moment was injected with a teensy bit of humor as Nikki told Sharon she’d choose her over Phyllis any day. Terrific dialogue and scenes. Look back on Nikki and Sharon’s rivalry over the years in photos.

Much of the week’s focus was on Nick and Adam getting stuck in the storm cellar together in Kansas during a tornado, with Nick anxious to break out and risk their very lives to get back to Genoa City and Faith (see ‘dumb stuff’ below). It began with the brothers at each other’s throats, as per usual, with Nick pulling the old caveman routine and Adam pushing his buttons. As the situation became increasingly dire, the dynamic began to change; though their dialogue was still peppered with their trademark sarcasm (my kidneys are okay in case you were wondering!), Adam eventually made a heartfelt admission about his desire for a fresh start, and it all culminated with Nick having to place his trust in Adam. In an interesting aside, it was actually Adam’s love for Sharon that allowed Nick to get there. Adam, of course, did come through for Nick, and the emotion of the moment was tempered with a bit of humor when Adam told his brother he’d given the firefighters the name of his nemesis, Billy Abbott. Who couldn’t appreciate that? The end scene with the brothers who had been hopelessly at odds for years clasping hands gave viewers a ‘moment’ that had some even shedding a tear.

Nick & Adam really got to me. I didn’t know how much I want them to get along until that handshake. Hit me right in the ❤️. YR has struck gold with these two. Give them more scenes & storylines together. Their sibling chemistry is fantastic. Well done to both actors. #YR

I thought I'd never see the day when Nick and Adam would actually get along. I hope this is the start of a new beginning between brothers. #NewmansUnite@YandR_CBS #YR pic.twitter.com/sMIF6eZsdh

In further heart-tugging scenes, Adam surprised Sharon at home after he and Nick made his way back from Kansas, and to the delight of many a Shadam fan, he brought with him an epiphany — no matter how far or how fast he ran, Sharon would always be right there with him. He went on to say that she sees him in a way no one else has been able to, even Chelsea, then explained that he came back to donate a kidney not just for Faith’s sake, but because he wanted to do it for Sharon. The chemistry between the two in these scenes was such that we couldn’t believe they didn’t share at least a hug. When a fan online expressed dismay, Sharon Case herself weighed in on the writing. In any case, the scenes in the cottage later wrapped up with Rey issuing a warning that he would arrest Adam immediately after the transplant surgery, even though Victor and Nick have vowed to spirit him away. Should be interesting!

Back in the Saddle

Chelsea and Victor being back to ‘themselves’ have been two of my favorite things of late. Watching characters as they’re meant to be makes it feel like all is right with the world… the soap world at least. As a bonus, they’re currently squaring off against one another. Victor has Chelsea rattled, but I could imagine her running before confessing. We’ll see!

I Wanna Talk About Me

If the writers want us to embrace Abby and her stories, maybe they should stop depicting her as so appallingly self-absorbed. She literally made her conversation with Lola about Faith’s transplant all about her by turning it into ‘things I’ll have to worry about when I finally get my baby’. She later greeted the returning Mariah with an ear-splitting grin and chirped, “Hi! How was your trip?!” Mariah, taken aback, had to remind her that her sister (and Abby’s niece!) is in the hospital in life-threatening condition and that was all she could think about. Yeesh. It’s not cute and is only part of the reason the surrogacy storyline is fast-forward material.

It was nice of them to let Victoria let down her guard for a quick minute when she got upset about Faith, even it was designed to have Lily walk in and see Billy looking concerned about her. As mentioned previously, however, this ‘triangle’ isn’t working because fans aren’t connecting to it emotionally. As for Lily and Billy taking their big step forward by moving in together, I’m not opposed; these two have the romantic chemistry going for them, but they’ll need a completely different storyline if this is ever going to really take off (see ‘dumb stuff’ below). In related, I couldn’t believe Billy told Rey about Adam being in town for Faith. What if he hadn’t known and went off half-cocked and ruined things?

I’m looking forward to Devon’s tribute event to Neil, but this is another instance where the writers need to be doing more to show and not just tell. A scene with Devon, Lily, and Moses discussing plans for the event while remembering a few special moments with their father would do wonders to bring ‘us’ into it. In other news, Nate dropped by Devon’s at an inopportune time to see Moses this week and learned Amanda has spent the night. He pushed Devon’s buttons and then they made nice. I really wish they’d let them have it out; it would make for more compelling drama.

Amanda seems to be really getting herself into some hot water with this criminal case. Not only is she clashing with the likes of Victor and Michael (so happy he’s on more!), but her family clearly can’t be trusted. Here’s hoping there’s a big payoff coming as this builds — and that the payoff comes in the form of, wait for it… emotional drama. The sibling rivalry with Amanda and Imani is rife with potential.

Kyle asked Mariah to be his ‘best person’ this week, which left some Teriah fans wondering when Mariah and Tessa will get a wedding of their own. Kyle and Mariah also discussed Harrison, but it was another case of ‘show us, don’t tell us’ for me. They need to get this boy on the canvas so we can get more emotionally invested in Kyle as a father and build up the stakes in the storyline.

*If Nick was really concerned about getting Adam back to Genoa City in one piece, and with both kidneys intact, it would probably be best not to start the journey in the middle of a tornado! They truly make him out to be a blockhead sometimes!

Nick has clearly never been in a tornado! Going outside is not an option! #YR

* Billy and Lily are one hot couple but they exist in a vacuum where they only have one of two conversations. They’re either discussing Billy’s obsession with Adam or Victoria’s alleged agenda… or some combination thereof. It’s like that movie Groundhog Day where the guy is stuck repeating the same day for eons. Ask any Bold & Beautiful viewer about headache-inducing repetitive themes — it’s not where you want to go!

Wouldn't it be nice if Billy and Lily didn't have the same conversation 100 times? 🙃 #YR

This is just my opinion. Feel free to join the conversation below, but first, take a peek at photos of soap stars and their real-life moms as we head into the Mother’s Day weekend.