Heartbroken for Young & Restless’ Faith and Angry About Amanda’s Slap in the Face — Plus, Chelsea Is *So* Busted! 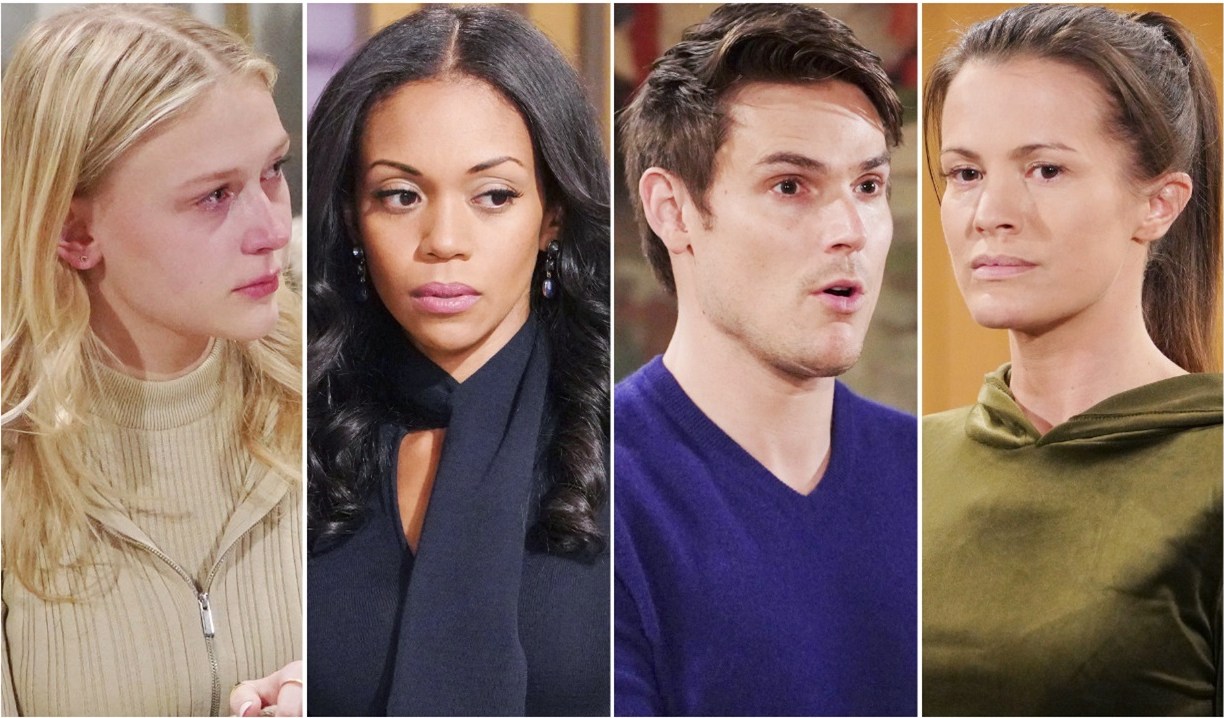 The Young and the Restless is doing a much better job with build up in a few storylines and it’s paying off in the form of viewer anticipation. That said, it remains to be seen if the follow-through will equate to amazing soap drama.

Many had a strong feeling that Faith was being set up for a rude awakening with this ‘boy’ she was texting, given it was bound to be anyone but a cute boy that was in love with her. My heart absolutely broke for her when it turned out to be Jordan, who, as we all suspected, was just another bully and not really a friend. After suffering yet another humiliation, Faith stormed out of the ranch with a bottle of tequila. It felt like the beginning of her real downward spiral and with the preview showing her driving, was eerily reminiscent of Cassie’s storyline.

Slap in the Face

I’m loving the Elena and Lola friendship/support system, but on the other side of it, this is a soap — is no one going to drag Elena for cheating on Devon with Nate and then cheating on Nate with Devon? Devon needs to be read too. If Lily’s not going to be involved then they need to seriously consider bringing Dru back to inject the drama. What a huge difference it would make. They haven’t even had an Amanda and Elena run-in, though with the current writing I wouldn’t expect much beyond a bit of tension.

Meanwhile, Naya’s big emergency turned out to be that her father needed an attorney. Amanda sure got it right when she pegged it as a PR move because it didn’t make sense otherwise — it would be a conflict of interest, Amanda has never tried a criminal case, etc. The twist with Amanda’s father was intriguing, but on the whole it was a slap in the face for these entitled people to offer to accept Amanda only now that they need her help. Amanda’s reactions were spot on, especially to the gut-punch of learning her father’s identity. And I was glad she didn’t give in and confide in Devon, even though you could tell she was tempted.

This week at the Chancellor mansion, or as SOAPS poster JordanCF calls it, “the Build-a-Baby workshop,” (totally stealing this), Tessa and Mariah moved in. As predicted, Mariah’s every move was fussed over and they hadn’t even left for the appointment. Later, Abby came up with the idea of making a video diary for Chance. It’s going to be a looong nine months if this embryo takes, folks.

While Adam seems the most likely person to want to get rid of Rey, that’s probably the strongest argument against it being him. If he had done it, knowing he was bound to be the prime suspect, would he really bust into Rey’s shower and dose his toiletries with thallium and then leave evidence all over the place? I mean, it’s a bit ‘amateur hour’ for Adam.

Rey’s tunnel vision is what makes him a lousy detective. 🤷🏾‍♂️ #YR @YandR_CBS

It seems Sharon and Michael were the only two not willing to jump to the conclusion that Adam was the culprit. How about that Nikki telling Sharon off in her own home? You gotta’ love it when those two tangle though. Nick did the same thing. I saw more than a few fans suggesting he get a life after that ‘tough love’ scene. In related commentary, some are tiring of Chelsea’s snarky ‘thoughts’, but I’m loving her being back to her bad, best self, and now that Adam’s busted her, I’m expecting some fun twists ahead.

The build-up to Kyle’s past catching up with him is being played just right, what with Ashland calling to toy with him just as hoped for in last week’s Restless Rant, and Kyle’s attempts to come clean to Jack being interrupted. I also got a kick out of Jack trying to get the 411 from Phyllis. I can’t wait to see what happens when Ashland comes back to Genoa City and that’s just how it should be. It also left us wondering if Tara will turn to the Abbotts for safe harbor when it all hits the fan.

More: Y&R fan fave to be dad to twins

* Why would Nikki and Nick just accept that Faith was communicating with a boy her own age when no one really had any idea who it was? Have they not heard of stranger danger?!

* Why does Nick think it’s okay for him to be over at Sharon’s giving her grief about Adam, but it’s not okay for Phyllis to be concerned about Jack’s interest in Sally. Things that make you go, “Hmm.”

😂😂😂Nick telling Phyllis to mind her business is freaking funny when he always in Adam and Sharon’s business #YR pic.twitter.com/6mc6IT3YXi

* Why was everyone acting like Mariah was already 8 months pregnant? She couldn’t carry in a suitcase or two? So silly.

* Why on earth would Sharon and Nate leave the hospital to get coffee when Rey was dying?

* Apparently I wasn’t the only one who thought Sharon was overdressed for the hospital. I mean, she was at home with a very ill Rey for hours/days before she called the ambulance, it’s not like she just came in from a soirée.

#YR They got Sharon in here looking like a Solid Gold dancer. pic.twitter.com/N19aCWDzjj

This is just my opinion. Feel free to join the conversation below. While you’re there, check out photos of soaps’ best villains ever in the gallery to find out which Young & Restless baddies made the cut! 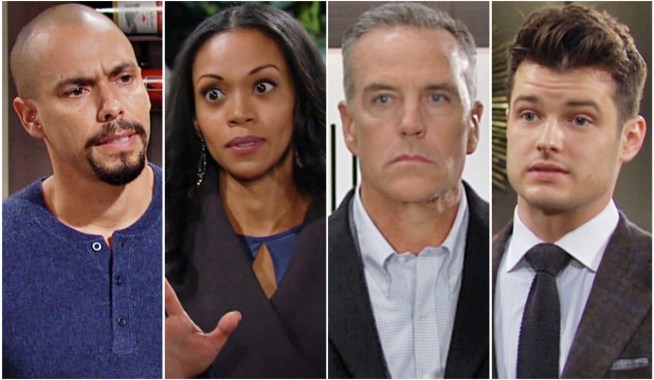 Devon's Audacity on Young & Restless Left Us Stunned — Plus, Bring On Ashland Toying With Kyle 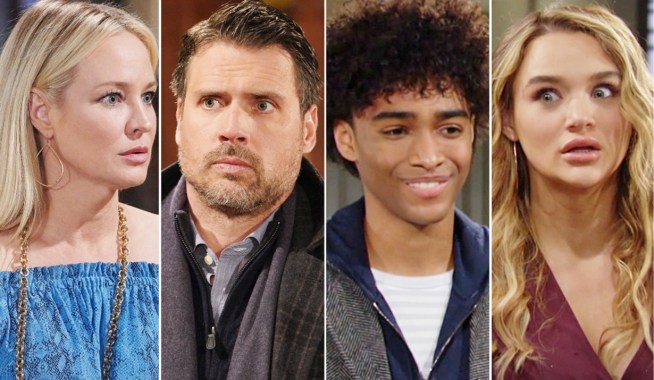