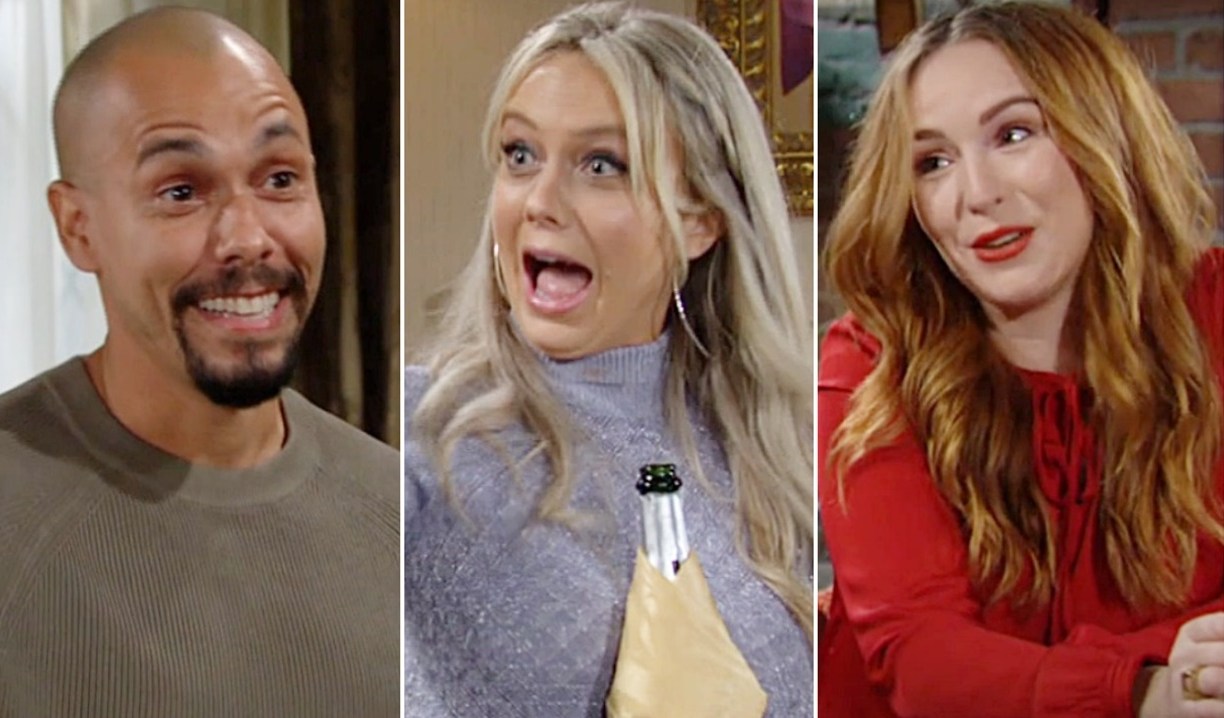 Young and the Restless wrapped up the final week of February Sweeps by showcasing one of its soapiest episodes in a while along with one of its most problematic.

The soapiest offering this week was the fallout from Shadam’s kiss, which brought actual drama. The bad news is that we didn’t get to see Faith’s reaction beyond the initial, “That monster! How could you?!” I couldn’t believe they didn’t pick up from that cliffhanger the next day! Not only should we have seen Faith and Sharon have it out, but this should have been the catalyst that finally sent Faith into a real downward spiral.

I cannot believe they cut the scene w/Faith.

They really robbed us of some juicy drama y’all 😂😂

The good news is that the beats that were played were entertaining to watch: Jordi Vilasuso getting to lose his temper and really go off as Rey; Chelsea’s thoughts when Victor and Rey both showed up on their doorstep as Adam tried to cover; and Sharon receiving visits from various concerned parties. Nick, predictably, blamed Adam for what happened, and Sharon did too. I’d rather have seen her own it, but she’s in denial I suppose. Adam checked in with her, and admitted during a fraught moment that he couldn’t stop thinking about the kiss. Just enough of a tease that they might kiss again… and then he was gone. It concluded with Chelsea finally seeing the photo and having her worst fears realized. All-in-all a strong episode and it left us wondering what Chelsea’s next move (no pun intended) will be. Footnote: Mariah’s been so vocal about Adam at every turn that her understated reaction to the kiss seemed off. Too distracted by “never feeling more grounded or excited” over carrying Abby’s baby I guess…

Abby’s surrogacy storyline went from bad to worse as she decided to accept Devon’s offer to be her sperm donor after spending about five minutes pondering the implications of raising a biracial child. Pulling Mariah and Devon into this story that centers around the perspective and needs of a rich, white woman was probably not the way to go; it’s tone deaf at best. Lily and Amanda were unable to deter Devon, and Mariah ended up downright euphoric about the whole thing, which just felt inane. At this point the plot is beyond a hot mess that just needs to end or take a huge swerve in another direction.

I’m sorry, having Abby give a PSA about racism and continuing this story while Devon still has not been allowed to have his own kids is inherently racist and no diologue fixes that. If calls for diversity resulted in THIS, says a lot about what a low point we’re at with #YR.

Utterly tone deaf, also a complete shift in Devon’s prior POV on the subject. He should be involved in the WTD story with Elena/Amanda -women he has actual romantic entanglements with. But instead he’s being a used to push yet another pointless rushed story for Abby. Smdh.

Fans of the Devon, Amanda, Elena, and Nate quadrangle have been waiting with bated breath to see if Amanda or Elena would turn up pregnant, or whether Amanda would discover that Devon slept with Elena, but alas, it all took a backseat to him wanting to help Abby. We also haven’t seen or heard anything more about Moses, who should have arrived by now. At least viewers got to see Amanda and Naya, who are very believable in their scenes as an estranged mother and daughter.

* It was amazing to see Victor back at Newman Enterprises acting controlling, pushing for conflict, and later, spurring Victoria to maybe try to “destroy” Billy. Admittedly, having Victoria get sucked in again by her father is another regressive move for the character, but if nothing else it’s a twist in the unappealing plot of her throwing herself at Billy using the kids. For the record, I’d still rather see Victoria find a new love (like in the latest chapter of the story we’ve been writing for her).

* The tie in to Kyle’s storyline with Victor pursuing Ashland Locke’s media company was a smart move, but, the follow up with the Lockes and Kyle potentially having a kid really needs to deliver in a big way or viewers are going to be throwing in the towel en masse. Kyle leaving a photo of Harrison on the laptop in the boardroom with the door open was groan-worthy. Wouldn’t he have learned to be more private after Summer overheard him leaving Tara a voicemail? His little lies and cover-ups are multiplying…

* Glo and Sally’s scenes were fun to watch. If not for Gloria being territorial about Jack, I’d wish for them to team up. Glo is a lot like the original Sally Spectra from Bold & Beautiful! Anyway, Sally needs a friend. Despite the prospect of a twist on an old Abbott family scandal, I don’t want to watch Jack go down the romance path with Sally. It’s like he’s setting himself up for heartbreak with a younger version of Phyllis out of loneliness.