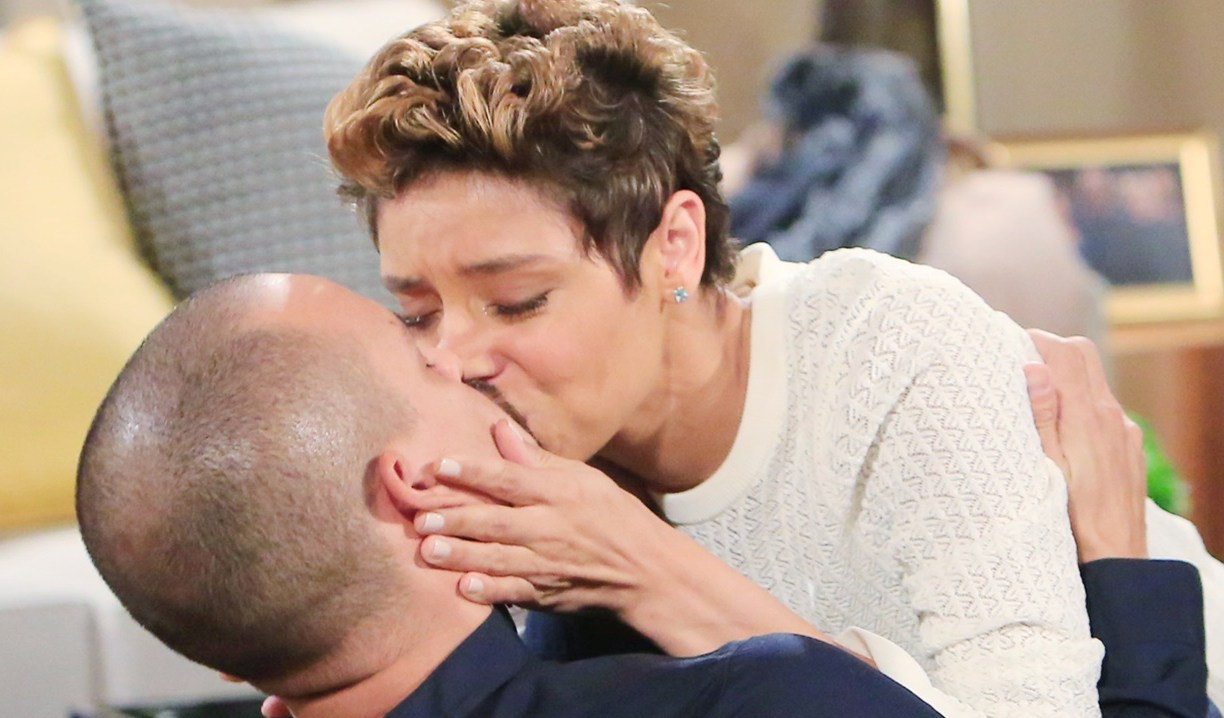 On Friday’s episode we got the Elena and Devon twist, but Young & Restless being a soap opera with no soapy drama remains a significant problem. Perhaps February Sweeps will bring some pleasant surprises.

Oops, She Did It Again

While we did ask for more messiness, and Devon and Elena were overdue for a candid discussion about their unfinished business, the pair having sex (presumably, because we only saw kissing) hit some sour notes, particularly the conversation that led up to it, which was rather inconsistent with what we’ve seen play out onscreen.

Elena claimed nothing had been building up between her and Nate ahead of them cheating, yet Amanda noticed a vibe between them as far back as January of last year, and there were numerous conversations between Elena and Nate and Elena and Lola after they had sex concerning feelings between them that deserved to be explored. Moreover, that night in the clinic, when Elena put down her beer and said Nate’s name with a catch in her voice, he immediately knew what she was thinking because something had been building up between them.

Devon ended up shouldering blame for not making Elena feel important enough while he was spending time helping Amanda. Yet we saw him repeatedly check in with her, and on more than one occasion he planned special romantic dinners/evenings for Elena because he knew she was feeling some kind of way about it. So why did this conversation make it sound like he’d been clueless? And why does Devon always have to be written this way?

The writers are clearly trying to capitalize on the actors who play Devon and Elena being able to have intimate contact (as they’re a couple in real-life) but this time around Elena’s cheating isn’t going over with some viewers.

Tbh, Elena hoping back and forth between cousins..it’s not doing a whole lot for me.

I don’t get Elena, Her POV has always been very weak

The timing also seemed off given that Devon and Amanda are barely involved romantically; there’s no real need to keep it a secret, at least on his end. The good news is that Devon and Amanda just talking about the possibility of sharing a kiss made me feel anticipation, so they can absolutely channel these entanglements into some real drama; Devon hiding something from Amanda just as she’s begun to let him in is soapy.

I like this kiss conversation. It's adorable. Make Devon work for it, Amanda. #YR

Also, I’m enjoyng the Amanda and Lily friendship; not only is it another way to differentiate Amanda from Hilary but there’s a nice set up happening for the pair to clash with Elena when they find out she flip-flopped between Devon and Nate again. I think this time around, Amanda will be more upset with Elena given that she’s been a friend to her.

* While Billy and Victoria having an honest conversation about the end of their relationship was refreshing, aside from their chat, the story is offering little beyond the basic soap exes in a triangle fodder. The kids popping up to deliver lines about wanting daddy to stay or wanting mommy to join them for dinner just feels so predictable. Not only is the idea of a Victoria/Billy/Lily triangle not resonating with fans, but given the ongoing issues with the show, this is a time when Young & Restless needs to be doing more, not less.

* Chelsea’s inner thoughts are going a long way to making her recovery storyline work, but it’s the Adam and Sharon scenes that are really dialing up the interest level, whether in a dream or not. I was pleased to see Sharon snap back at Rey after he said she should stay the hell out of it by expressing her appreciation for him allowing her to make the decision for herself. Bottom line: what are we rooting for here if not for a Shadam reunion?

* The surrogacy storyline is just starting and it’s already so annoying. The it’s all about Abby writing has extended beyond the character’s self-centered dialogue to the point that other characters are putting her first when it makes no sense for them to do so. I can’t imagine why Mariah would want to carry a baby for Abby and I’m all but certain she’ll live to regret it. Get a in-depth take by reading the Soaps Editors’ debate on the Abby/Mariah controversy.

* Though I love Nikki’s approach with her, I wish we were seeing Faith get up to no good so there was more than just endless talk about her going down a bad road. With that said, Alyvia Alyn Lind’s performances make the storyline worth watching… such a talented young actress. How lucky are we to have been able to see her character grow up on air without the role being recast?

* The Sally and Summer stuff is building up to be interesting as everyone cautiously positions themselves on the chessboard. Phyllis advising Summer on the matter was a terrific beat to play. Of course Summer would go to her mother…an expert in the field! As Phyllis so accurately pointed out, she’d have been the Sally in this scenario. Good stuff. I’m intrigued to see how Theo will figure in. Kyle’s sporting an uncomfortable look whenever the topic of people’s pasts comes up, so there may be another secret. Let’s hope it’s juicier than the last one.

More: Video: Past B&B and Y&R crossovers we loved

* The scenes with Jack and Lauren dealing with Gloria angling for a job were fun. I’d love to see Gloria and Jack hook up again. It’s illogical, but I want it anyway because it’s entertaining. Perhaps a triangle with Gloria/Jack/Dr. Cavett? In related commentary, Phyllis watching Jack interact with Sally was hysterical, but where Sally’s concerned Jack definitely needs to remain a mentor. When Sally paused and looked back thoughtfully at Jack before going up to the guestroom during the storm I had a moment of panic that something sexual was going to happen.